This post is the first installment in the ‘What I Wish I Knew in College’ series, an attempt to disseminate information a disgruntled idealist believes in retrospect to be today’s reality, as distinct from the happily-ever-after doctrine often found on the brochure cover of study abroad programs and university student handbooks in the photograph of happily laughing students, reading their $300-thick advanced calculus textbook on a grassy campus ground.

The American Dream
Almost all of us who had ever thought about studying abroad, at one point or another have bought into the “American dream.” Some of us may have known it in different names, in slightly different incarnations. It doesn’t even have to be the American dream (it can be the Outback dream, or the Imperial dream, for instance). Still, the myth persists. There is almost a religious-like zeal and popularity in the belief within the main tenet it promises: “if you worked hard and played by the rules, you would be rewarded.”

It was how I envisioned my life would be, frankly, before even setting off for the U.S. It sounded so logical. So fair. Until it wasn’t.

I did well in college, got into the right classes, socialized with the right people, got transferred to a first-rate university, did well, learned from the best professors, got into prestigious internships, and graduated with flying colors.

As a consequence, as I would have been made to believe it, at least, I should have been set for life. Companies should have been lining up to offer me high paying jobs as soon as I had graduated. I would have picked the best of them, then continued on to start building a career, maybe to meet someone someday, get married, have kids, have them go to the best schools in the suburbs, and, in short, to have a good life.

An increasing number of university graduates can attest, however, that getting a fancy university degree no longer guarantees employment, much less a good life.

It seemed like I had worked hard and played by the rules, but got cheated in the end. After I graduated, I spent around two years floating around different job currents just to meet the rent, pay the bills, before I got a comparatively stable job for a stepping stone, in an industry completely remote from what I studied for in college. It simply happened that life is tough (and exciting), and despite what our parents, motivators, and the society might want us to believe, bad things can happen to us, we can fail, and most of us aren’t special (in fact, we can’t be).

I can’t really blame you for believing in the promise as I did. That’s what the people with the megaphones have been tirelessly telling us, after all. Oh, look! The economy is collapsing! It’s harder than ever to get a job! You have to get an edge over all your other competitions! Differentiate yourself! And higher education, especially ones attained overseas, seems to be the cure-all potion for this problem, the silver bullet against the unpredictable future.

This is one of the reasons why articles about the highest paying degrees are so popular. They want you to believe that by purchasing the increasingly skyrocketing price of higher education, you are setting yourself up for life. Get into this university and you will be successful. Purchase this degree and you will be safe.

Sadly, it just doesn’t work that way anymore, assuming it ever did.

Getting a degree is easy; getting an education is a nightmare.
If you want an education, you’re going to have to fight for it. No, I don’t mean going to the library, reading the course materials, and doing homework. I don’t mean getting good grades. You still have to do all those things, of course, but I mean more importantly, constantly fighting against the institutionalized and commercialized misconceptions that often equate degrees with education.

I used to think that when I chose my major, I was locked to that decision for the rest of my life.

When I set out for community college, I was an animation major. Admittedly, it was a poorly made decision. During the most part of my last year in high school, I was juggling between going to college to study psychology and going to a theological seminary. About two months before my departure to the U.S., however, I came across the department website of the animation department. It was love at the first sight.

The only problem? I was a terrible artist (I lied. I still am).

I spent two quarters of my new life as a college student in abject suffering, dragging myself to the studio every morning to catch up with the drawings I was supposed to have turned in yesterday. Drawing made me unhappy.

After a rushed consideration, I came to a precipitously made decision to a switch to become an English major. I thought, well, I loved storytelling, but I realized I didn’t like art. So English literature as a major seemed like a perfectly fun and logical choice (of course, at that time, I had somehow missed to consider the possibility of having to read through Chaucer in the original Middle English). I probably made my decision for all the wrong reasons, but I am oh ever so thankful I did it. It turned out that I love literature, I love reading, and I love analyzing and talking about what I read.

A Few Years After
Fast forward a couple of years, I transferred to UC Berkeley, graduated, taught and wrote and tutored to get food on my tables, then I got a contracting job as a search editor at Yahoo!. We are sinking like the Titanic if we don’t soon get our acts together, but the company still holds a good deal of influence as one of the pioneers during the rise of the internet, and the people here are simply fantastic.

I never would have thought that with a B.A. in English that I’d ever get to work here. But in my department, I see people with advanced degrees in physics, in Arabic literature, in graphic design… seriously, you name it. I suppose there isn’t really one major that can prepare anyone to curate the way information is displayed and organized via the search engine. So, I used to wonder why some of my colleagues would make me explain to them a project training we both just received not half an hour ago.

It turns out, it doesn’t really matter now what I had thought about the ineluctable propensity for problematization in the post-structuralist trauma of unequivocation in the literary criticism of 18th century British novels, but all those joys, those skills, those capacity to process a boatload of data and make sense of it (in the time window between the long hours of heroic raid schedule, recovering from emptied beer cans, the compulsive need for procrastination, and term papers deadline), have stayed. I still read for pleasure and analyze texts in my free time. All I’ve read about the human experience, and human emotions, and thoughts, and ideas, all of those have shaped me into who I am. All of those have stayed.

When I graduated, I didn’t walk away with only my degree. I gotta be honest with you, that degree has been pretty much useless so far, at least until I decided to go to grad school and continue my study. What I had was an education.

It scares me sometimes, imagining how my life would be if I hadn’t made the switch. Sure I would have learned more practical skills, but I would also have been miserable. I might have also been jobless. Just because I have the degree, doesn’t mean I will get the job in the field. The truth is, college determines little of who we can, and will, become.

It might seem practical and realistic now to study and major in something that will potentially pay well. But that’s all it is: a potential. If, like so many other highly educated graduates, you don’t get the job you want in the industry you want, what are you left with? (Yes, as incredible as it may sound, this can happen to you).

So the bottom line is this: follow your bliss. You don’t know what’s gonna happen in the job market between now and the time you’d graduate. Don’t bet on having those university brochures make good on their promises. Instead, bet on what you love to do (and you don’t need to only choose one). College is a place to experiment with your interests. Even if you are dead-set in becoming a software engineer, it still wouldn’t hurt to take or sit-in in organic chemistry, “Theogony in the Ancient Greece,” and swing dancing classes. Find something that you love to do while you’re there. Make your mistakes now, when you’re young enough to start all over even if you mess everything up.

Don’t get yourself a degree; get an education. 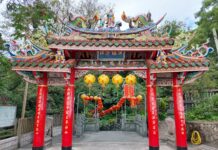 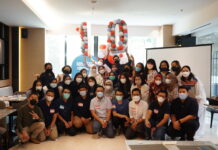 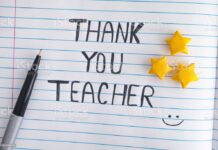