I admit that I don’t understand certain Indonesian words, such as temereweng. Additionally, I no longer automatically roll the letter R at the tip of my tongue and therefore may sound something like Cinta Laura or foreigners who are clearly struggling to speak Indonesian. My friends have dubbed me as bule for those attributes. Yes, perhaps, I may seem less Indonesian because of those flaws, but I strongly disagreed when they labeled my decision to study in the U.S. as evidence of a Western-centric, and therefore nonIndonesian, identity. Why can’t I be both nationalistic and a U.S. graduate? Why does society (my friends, in this case) mistake the decision to study outside of Indonesia as a form of being less Indonesian and lack of nationalism?

A few weeks ago, I met up with some friends from high school. Though most of us are fluent in English, only half of the group studied domestically. What began as an exciting opportunity to catch up ended on a sour note, for me, as my friends egged me on to sing the national anthem to prove the degree of my national pride. “Come on, I bet you can’t sing Indonesia Raya,” one friend said in Indonesian, while another shouts, “If you’re Indonesian, like you say you are, you should be fluent and able to sing the national anthem.” Having mastered the song years ago, I was confident in my ability to sing but felt the walls caving in as soon as a friend remarked, “Maybe she’s forgotten all the words because she went to school in the U.S.”

From that point, my mind grew heavy as I tried to figure out how my prior decision to enroll in an American college backfired. I wanted to lift the screen and step out of my so-called glamorous New York life. I felt the urge to approach the audience members, which mainly consist of family and friends, and shake them. To be honest, the New York life is not what most make it out to be. Smelly subway stations plague my day as I barge through the numerous people who line the streets of the Big Apple. As surprising as it may seem, I prefer to return and live in Jakarta, rather than New York.

However, I am studying at Sarah Lawrence because it is one of the few schools that teaches me critical thinking in the subjects that I love, encourages me to explore different subjects, as well as accommodates my learning style. There is, perhaps, no other school like Sarah Lawrence. Therefore, to gain the experiences that I crave to learn and to study an array of courses, I have to sacrifice my comfortable life in Jakarta. Most importantly, I force myself to bid my family goodbye and endure homesickness to fulfill my ultimate dream, which is to return home and improve the Indonesian society, primarily in theatre, health, and equality.

As I sat there, trying to get through the anthem, I wanted to kick myself for falling into such a nasty trick. First, I gave my friends the right to determine the existence or lack of nationalism. Second, I was still unable to explain the true reason behind my decision to study in New York. When I look back on it, I wonder if it has anything to do with the negative perception of wanting to return and abandon the “American dream”. I ponder on society’s tendency to place the West on a higher pedestal than the East, to trash our nation and government, and finally choose another life in a so-called better civilization. To have the desire to build Indonesia as a country or Jakarta as a city is often deemed as foolish. Therefore, often students and young adults hide those ambitions to avoid unwanted judgment.

National pride and being Indonesian are not popular topics in society, especially young adults. I have never heard any of my Indonesian peers say how proud they are to be Indonesian. Whilst, I have heard such nationalistic remarks from my Singaporean, American and Australian friends with regards to their own nations. In Indonesia, instead, I often hear my friends complain about the traffic and curse the government. Every country comes with its own issues, however some have a band of youths who envision a brighter tomorrow. What happened to Sumpah Pemuda, young men who banded together to conceive Indonesia as a country?

Lack of nationalistic pride, as well as visibility of nationalistic pride, are issues that require gentle handling. Small steps can be taken to revive the national pride. For instance, small group discussions can be held between friends to talk about each individual’s perception of the national pride in Indonesia. Attending organized events, such as Diaspora, where such discussions are held can also help. Being involved in endeavors such as Indonesia Mengglobal and Indonesia Mengajar are also examples of resuscitating our national pride.

The equipment that we gather from most post-secondary educations prepares us to observe Indonesia, analyze the dilemmas, and, perhaps, improve the country in the near future. Furthermore, it allows us to relate and speak to a variety of Indonesians, from the underprivileged to members of the 1%, which, in turn, could help us discover our place in this society. Personally, my growing ability to think critically, analyze and write, have provided me with the tools to realize my nationalistic pride, as well as develop it to be more visible, such as through blogs, photographs, and talks.

On a different level, the government should promote youths social engagement, with regards to national pride. Other policies, of course, should follow suit. Ideally, the government would involve the younger Indonesian generation in these discussions. Even so, ironically, history has shown that pressing times, fueled by lack of government stability, could, in turn, lead to youth driven activism.

Indonesia clearly needs its sons and daughters to, one day, take over the country. I hope that it would be a generation that can freely wave their national flag, regardless of each member’s ability to pronounce Indonesian words correctly or roll their Rs and sing Indonesian Raya. 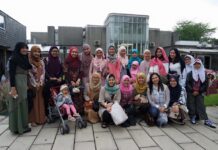 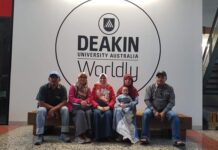 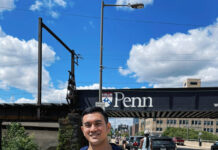