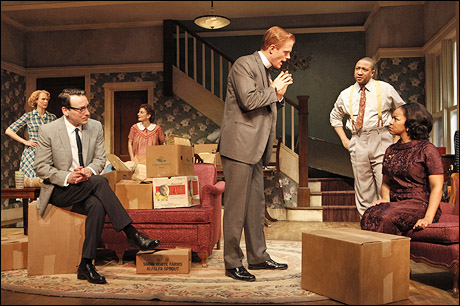 Many of you may frown at the pessimism of this title; Why does the theatre need to be defended? It’s nothing but a glamorous nest for overindulgent and “talented” people to bask in their own “professional lies.” When I was still a high school student in Jakarta, there is an assumption that all actresses are crazed pathological divorcees, all directors are political radicals and nobody in their right mind would ever join the ranks of those lumpenproletariat. I decided to pursue my passion of studying theatre during the last few months of my senior year. For a very long time, I never saw it as a viable option.

The reason for my defense is because at its best, theatre can be a vehicle for humanity. It is a democratic and accessible platform for discussion and for understanding. Along with books and novels (which are less enticing) taking your children to the theatre is proven to help them practice empathy and sensitivity.

To anybody who has a passion for literature, film, design or management, a Theatre major is a viable option to pursue in higher education. Hopefully, this article will show you the skills honed by studying theatre and the opportunities they may birth.

A major in Acting is probably as academic, theoretical and intelectually demanding as a major in English Literature. The two main strands in undergraduate acting programs are theatre and musical theatre.

In a four-year conservatory program, students will receive rigorous vocal and physical training from accent eradication to tap dance.  A typical semester will usually consist of a vocal lesson, movement and acting classes on various methods from Suzuki to Stanilavski, and a unit on theatre history or stagecraft (disciplines that are useful for burgeoning actors). Your education will take you through the process of disassembling and acting classical texts (like Shakespeare and Greek Tragedy), contemporary plays (such as David Mamet, Tennessee Williams and Wendy Wasserstein) and even film scenes that are fresh at the cinema.

The skills that are honed include:

Admission will usually require two audition monologues – one dramatic and one comedic – and a creative resume.

Production Design undergraduate programs usually holistically cover costume, set, lighting (and sometimes projection) design. A typical semester for a production design student will include studio art classes and equally rigorous conservatory training in stagecraft and all areas of theatre production. These include a vast range of skills from sewing to woodwork to multimedia design.

The skills that are honed include:

Admission will usually require a portfolio and a creative resume.

Because most production design undergraduate programs are so comprehensive, most trained  design professionals only hold M.F.A.s in their specific disciplines.

In all of the above stated concentrations, practice and experience is of utmost importance. Most B.F.A. programs across the country have residency programs and hold many productions on campus, which are sometimes mandatory for upperclass-men.

Some theatre programs are not as rigorous as their conservatory counterparts and place more emphasis on liberal arts courses. Majors in Educational Theatre study all aspects of acting and stagecraft, but also place a lot of emphasis on communicating those skills as a teacher. I myself am concentrating in an interdiscplinary study of postcolonial history and theatre in a school that fortunately provides access to both strong academic programs and performance classes. B.A. students are usually more well rounded. However, most have to spend extra time and effort seeking out jobs and opportunities to account for the rigorous conservatory hours they’re missing out on. As stated above, many of the students in these fields are usually pursuing careers in education, dramaturgy or theatre direction.

There are actors who make the choice of going to a B.A. program with more flexibility. One of the most talented young actresses I know goes to my school and reasons that the liberal arts program at NYU Gallatin allows her to hone her acting skills where further study and improvement is needed, instead of starting from the beginning. Many aspiring actors also choose to pursue a comprehensive B.A. degree before enrolling in a conservatory program to achieve their M.F.A.s in acting.

The idea of studying a subject that you are passionate for is beautiful — but what can be more frustrating than not finding a job after paying for a 4-year college degree, not to mention an M.F.A.? The same question has also haunted me, but here I am; a college sophomore working at least two shows every semester. These projects have taken me on adventures from a public bathhouse in Brooklyn to cleaning fake blood off carpets.

Moreover, the truth is that ticket sales barely cover half of the expenses in a production. The only reason that theatre still exists in the world is because there are people who are willing to dedicate every fibre of their being to this artform and consider the experience payment enough. Realistically, fresh acting graduates work as waitresses with flexible hours for auditions. More seasoned directors and designers teach and work in residency at various colleges (many of which allocate immense grants for the arts). I myself plan on pursuing an academic career in postcolonial studies and teaching theatre in Jakarta.

The truth is that the universe has a way of seeking out those with elephantine desires, a lot of guts and big hearts. I hope that all of you can freely choose to pursue your passion and dedicate your life to the betterment of our nation and humanity.

Featured image is a production photo of Clybourne Park, one of the most celebrated theatre productions in New York this past spring. Photo by Joan Marcus. 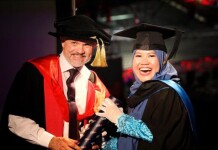 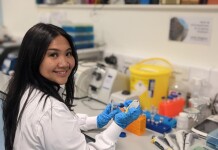 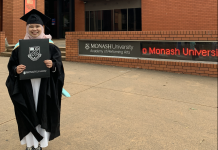 Learning Beyond Classroom Walls: Initiating A Social Business Project as A Student