When having conversations with fellow Indonesians in the U.S, I got asked this question a lot. Many people are under the perception that working at a startup isn’t cool. A startup is usually associated with working at a low salary, paid with stock options, and having to work overtime all the time, while working at giant companies such as Apple, Google, Amazon is the cool thing to do.  However, that paradigm has shifted in recent years. Working at a startup is always something that you can be proud of these days, especially when you’re in Silicon Valley.

Ever since I watched Steve Jobs’s commencement speech at Stanford a few years back, one of the few words that stuck on my mind is how he urges everyone to “Make a dent in the universe”. This is one of the motivations of why I wanted to work at a startup immediately after I graduated. The startup I chose at that time was Pulse News, a mobile news reader available on the iOS and Android platform. We aim to provide users with the best reading experience and bringing all the news you need.  The company is composed of 25 people, when I joined I was employee #15.

After working for almost a year at Pulse News, I’ve learned a tremendous amount of skills that I would never have learned before if I were to work at large corporate company. Best of all, it’s also extremely fun to work at a startup. Here, I will lay out some of the most important points that I have experienced so far while working in a startup.

How many times have you asked yourself what is currently going on in your company? Or how well the company is going? Most startups in Silicon Valley are very transparent to company metrics – this even applies to interns and not just full time employees. Transparency is also tightly related to openness.  At Pulse, twice a week, we usually have a stand up scrum meeting (pretty similar to a town hall meeting). During this meeting we have a chance to basically ask/say anything about the company, that will be addressed immediately. We also have an “I like I wish session”, where we express our thoughts of what we liked during the week and what we wished could have been better and improved in the future.

The power to make an impact

Most startups will allow you the  chance to make an impact. For example, at Pulse, we have 15 million users using our product. There are only 3 iOS Software Engineers at the company pushing features and fixing bugs to millions of users. When a new release comes out, you’ll be able to say/brag to your friends, “Hey, look I worked on that new awesome feature!”. How cool does that sound? Deep down, there is a great satisfaction that comes from working on something that touches the lives of millions of people.

If you’re a person who gets bored at doing one thing over and over again, then working at a startup might be the appropriate choice for you. Ever since I joined Pulse, I have had the experience to work not just as a Software Engineer, but also as a Human Resources, through hiring, and as a Product Manager, by taking decisions on the next upcoming product roadmap. Such conditions exist because human resources are limited while all of us have to move quickly. If someone is occupied with a particular task and someone else is less occupied, then you’d have that chance/responsibility to substitute each other.

Learning is a big integral part of working at any company. There is however a difference between learning at a large corporate vs. a startup.  At a large corporate you usually get formal trainings early when you join in. There will be classes/seminar sessions that would be available for you to sharpen your skills. In a startup, most learnings will happen individually or through your peers. You need to take initiatives to find the appropriate resources for yourself to get the job done.  If you’re the kind of person who needs a lot of guidance and mentorship to learn, then working at a startup might not be the right choice.

Most startups I knew in the valley do not have fixed work hours. Startups put an emphasis on results than the time spent on working at something. You’ll always have that flexibility to work from home if you want. Some startups even have an unlimited holiday vacations or even pay you to go out on vacations. While this sounds to be tremendously awesome, it also means that you are highly expected to be more responsible and have your peers to trust you. This means you need to have that mindset of getting your job done and not slacking off.

There are some other small pieces that I missed from the list, however the five points above should give you an overview of how most tech startups in Silicon Valley operates. Working at a startup can be exhausting, but also rewarding at the same time.  You’ll have the opportunity to be surrounded by the best and smartest people in the Valley.

Establishing an Indonesian Professionals Community in Korea to Connect and Grow 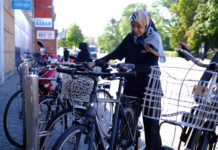 Living in Denmark: My Journey Towards Carbon Neutral Lives