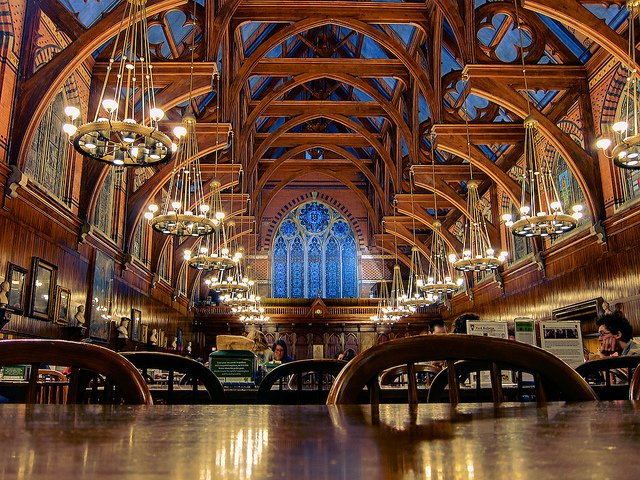 Opening top tier US universities in Jakarta is indeed a fascinating idea. Singapore has initiated its Yale-National University of Singapore (NUS), as well as John Hopkins-Nanjing, NYU Abu Dhabi, and Princeton in Beijing, to name a few. Clearly, this kind of endeavor is nothing new, but it never fails to impress or surprise us. Harvard, MIT, Yale, UCLA are among the most popular names for many, just like Lamborghini for a car or Louis Vuitton for a purse. We love to shop for a brand and feel good wearing the brand name that makes everyone’s head turns.

We enjoy it because it works for attention. But, I do not know if we can get around this attention-grabber aspect of it and are willing to stick our heads out beyond this silhouette to see the bottom line for a better deal. That’s a million dollar question.

Opening a top tier US university in Indonesia is purely a market driven decision. It is nothing less than a typical business decision between the economic elite and the target university. Academically, there is no way that Harvard or MIT will be able to make Harvard-Jakarta or MIT-Jakarta even similar to Harvard of Cambridge or MIT of Cambridge respectively in that matter. The academic platform that sits on the basic principles and values that drive these universities to excellence will not be the same. Academic freedom that most Americans expect and core values underlining the principles of these universities will definitely differ from what will be in their replicas somewhere else in different countries.

The freedom of expression and the liberty to think provide the U.S. university system with unfettered freedom, the right to think the unthinkable, discuss the unmentionable, and challenge the impossible. These values will be severely impeded due to local problems, such as a repressive government in Singapore in a Yale-NUS case or chronic corruption mentality in Indonesia. Because of that, instead of getting Harvard University of Cambridge what Indonesians will end up with is the Indonesian version of Harvard. We have seen that these values have been tweaked for marketing purposes, although this action has created some concerns and generated heated debates among the faculty members within the host universities. They worry that they will not be able to get the freedom of expression that is guaranteed in their original institution. To what extent the chronic corruption mentality will affect university management, faculty members, students, and their interactions remains to be determined. For sure, the educational experience gained from this replica will not be the same with its original institution, even though they bear the same name.

In the 2011 list of the World’s Top 100 Universities, seven US universities are in the top ten and a total of 45 listed in the ranking. US universities attract talent from around the world and over 690,000 foreign students were enrolled in American colleges and universities during the 2009-2010 academic year. U.S. universities also produced world class inventors. More than 500,000 patents have been filled in the U.S. The superiority of U.S. top universities is built on freedom of expression under competitive academic atmosphere. How will these core principles survive under the cloud of chronic corruption mentality? It will require a plethora of change to nourish these necessary conditions. It is certainly a complicated process. If that is the case, why not concentrate on improving native universities, such as ITB, IPB, UGM, ITS, Unibraw, or others?

Higher education problems in Indonesia are due to inefficient bureaucracy and management, strong governmental control over staffs and faculty members, low teaching and research quality, poor competition rate, weak student selection system, inadequate funding, inefficiency in academic development for the faculty members, low control in protecting academic transcripts over the counterfeits, low discipline and motivation, and lack of innovation. The intertwining nature of these factors clouded with a systemic corrupt atmosphere leads to beliefs that small incremental changes may not yield any significant effects on overhauling the university system. Politicians who want to make a quick fix to these multiple decade long problems are looking for a potentially easier way.

This is one of the reasons why this idea surfaced recently. If the deal can go through, it will be a high case attracting national attention, important for his/her political gain, but as of now, it lacks detailed preparations and studies. In addition to the expectation of producing high quality graduates, the hope is that this model university will spur up the competitions among the top native Indonesian universities. If the top native universities are expected to respond to such stimuli, however, they have to be of the same nature, or at least in the same direction. That means certain basic elements on how these universities are operating will need to be changed. Without major policy changes, such expectation is purely delusional. Without a clear framework on how this world class university will stimulate wide spread changes, this idea will only be viewed as a tool to seek a short-term gain and class legitimacy.

The question becomes “Is this the only alternative to make a big change that could define a new Indonesian generation?”If policy makers are willing to go that far, i.e. bringing in and adopting the entire operating system of the top tier U.S. University home, then the policy makers need to re-program the way they think toward the Indonesian native university system. There are fundamental differences between the U.S. and Indonesian universities on how they operate. Let’s bring up one trivial aspect as a start. Most of us know that here in the U.S., each faculty member or professor has the liberty to pursue his/her academic career virtually in any universities anywhere in the U.S. as he or she feels fit based on his/her credential tracts in a competitive process. Regulations, such as “equal opportunity policy”, are put in place to guarantee that the process is fair and sound. Since only the most talented professor in the field will be selected in this process, the university will consequently be composed of combinations of highly skill professors. As a result, university competitiveness increases.

In the Indonesian state university system, only a few are capable of moving to other universities to pursue their academic dream if they can successfully attain the release letter from the university president or rector (known as “lolos butuh”). This letter is an effective tool to keep lecturers locked in place, but diminished the flow of change and opportunity and minimized potential contributions for the formation of highly competitive universities. This policy was an instrument adopted by the New Order to establish state universities across the nation and is practically unchanged for 40-50 years. In many cases, this letter has often been severely abused for various purposes by top university administrators.

If everything associated with Harvard (i.e. American system) will be fully adopted, why are small adjustments like the one we just discussed not possible? This is only an example that through small changes, Indonesian universities can be jump-started to become more competitive. This is not to suggest that every principle of western university must be adopted unconditionally into the Indonesian system, but it is also unnecessary to re-invent the wheel. The authority should be open minded to any possibilities that can help the native universities, ready to strike a balance between the core principles introduced by developed countries and local values. Opening a top tier US university in Jakarta, therefore, should not be viewed as the only option available to create a significant change in the Indonesian education system. Whether or not the idea of opening Harvard or other top universities in Jakarta is a viable option, it is clear that now is the time for Indonesia to overhaul its current higher education system to meet the need for this generation for a newer and brighter Indonesia.