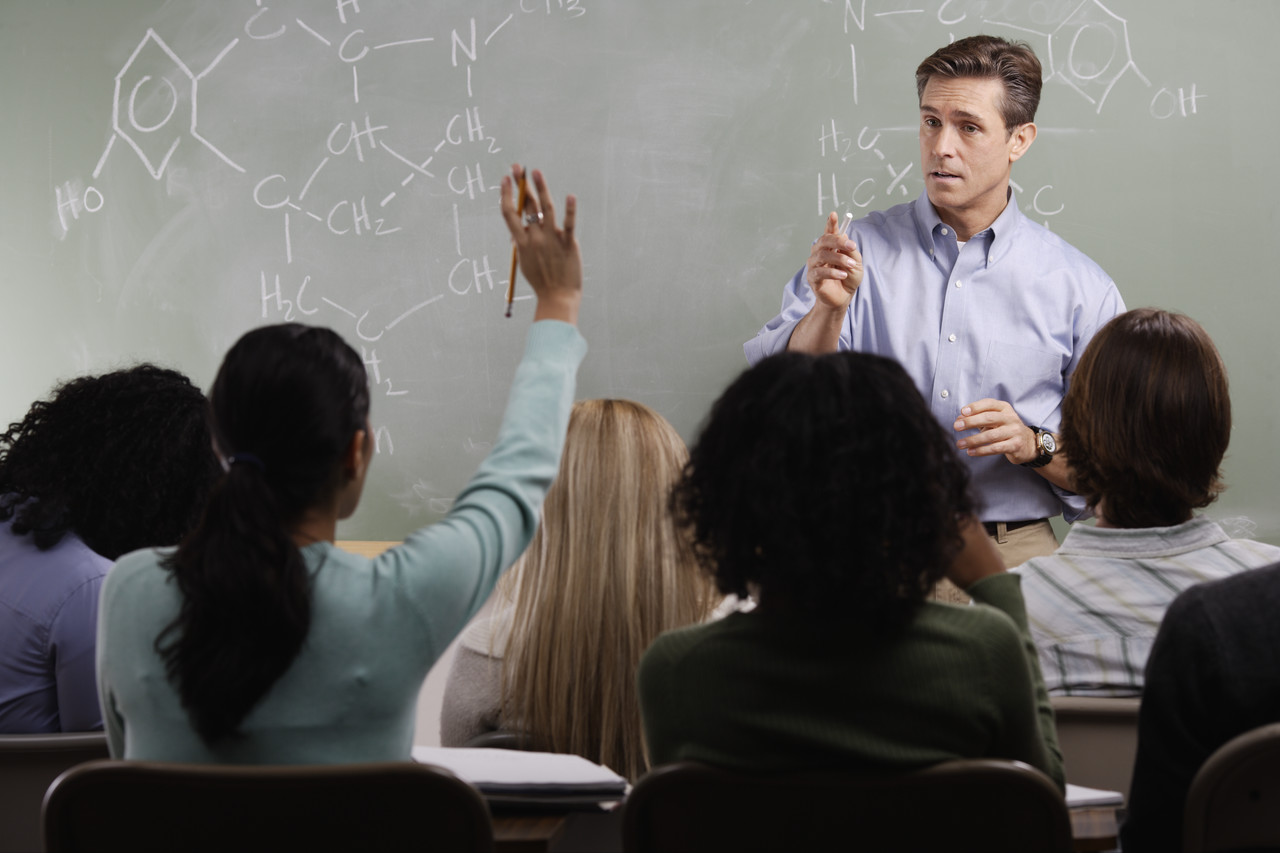 This is the fifth part of “The Road to Harvard” series. Read the first part here, second part here, third part here, and fourth part here.

So when you are applying with Common Application, there will be instruction for you to find a Counselor and at least two of your teachers to recommend you.

My school policy was for me to find my form teacher, but as the school could not be more nonchalant about monitoring and helping student’s university applications (our supposedly “counselor”, Sandra Sim, was never there!! I knocked on her office at least 7 times and somehow she’s never there. I wonder whether she’s in fact a fictional being. That’s really screwed up. What’s the point of pushing the students to get forty-point and above when they abandon guiding them in university application? I’m the only one from ACSI who got into Harvard and I’m not even their star student! University application should be made into a class, really. I must write a letter about this to the new caucasian principal who owns a funny-looking car heh) – yes since the school was not strict at all about these things, I just approached my Model United Nations teacher-in-charge, also acting as my EE supervisor, Mr Shamsuri, to be my counselor. Because my form teacher hated me (because I often came late to school. Hello I cycled, give me a break! hahahaha. Plus I made sure I didn’t miss classes, I just hated the morning assemblies so much because they were so full of vain self-praises, pointless bitching about Raffles, and excessive references to God’s glory.)

So what will your counselor do for you? First, you indicate their e-mail address in the common application. The Common App will send an e-mail to them, inviting them to make a counselor account in Common App. Your counselor then will be able to log in and upload information about you online! (how efficient right??? technology tsk tsk tsk). The counselor is in charge to write a recommendation about you and uploading your school grades (I will brush on academics for the next post). Also he could upload fee-waiver letter for you so you don’t need to pay for application fee! I applied to 14 universities, each of which charging me about 65++ USD for application, so if I had not used fee-waiver, I would have paid like 910 USD (more, some schools charged you as high as 80)!!! The fee waiver letter could be in any format, just explaining your financial circumstances and that application fee to several universities at once will become quite a burden to your family’s monthly income.

Meanwhile, the process goes the same regarding two teacher recommenders (can be any of your subject teacher). I chose my HL Math teacher (because I sucked at Math big time) and my SL Malay teacher (because I topped the subject lollls). You keyed in their e-mail addresses, the Common App will invite them to make their own accounts, and they can log in and upload everything online. Your teacher recommender is responsible just to outline your performance in his/her subject area (ticking terms like poor/average/good/very good/excellent/outstanding, etc) plus submitting a recommendation.

Of course, all these recommendations are completely of their own discretion. However, I explained to them that I’m trying to strategize my application, so that the three recommendations will speak coherently to paint a holistic picture of myself that I want to present. I jotted down in point forms what I wanted each teacher to highlight from me. I wanted the counselor to highlight my diverse base of interests (reflected in so many CCAs), my quick learning (reflected in how I coped with Singapore education and how I won some MUN competitions despite joining the society quite late), and my passion to give back to any society I belonged to (serving in ASEAN com to give back to MOE, volunteering to help Indonesian domestic workers to give back to my home country, plus writing EE about chinese indon discrimination problem to embrace my ethnic roots.) Also the counselor highlighted my quirks and antics and said that I’m an unusual and interesting student (polite way to say that I’m crazy).

My math teacher wrote about how math had always been my achilles heel, but instead of trying to get the easy way out by taking SL Math, I challenged myself and took HL Math, and that spoke volume of my perseverance (actually I took it out of ego. All foreign scholars took HL Math, where should I hide my face if I took SL??) blablabla so on about how I was always critical and asked questions in class (because I didn’t understand duh, plus that’s just me. I had always been notorious for bombarding teachers with questions since kindergarten.) My malay teacher could only write the best things about my commitment to Malay literature (because I topped the subject HAHAHAHA), plus saying how I was always ready to assume leadership position for every project work even though I was the only girl in class and how I could control boys with my wits and humor and maturity, not bossiness (it’s bossiness really. Those boys were absolutely lazy and they liked to tease me a lot, they also thought I was crazy.)

So recommendations: coherent yet varied, painting every aspect of your personality that you want to highlight!

Now resume. The Common App will not instruct you to upload a resume, but people usually do, under the Additional Information section. Some people upload millions of scanned certificates of their achievements, but that’s really not necessary – unless the achievement is something absolutely world-class worthy (like Nobel prize, or Olympic medals). You just need to summarize all your academic and extra-curricular achievements in your resume! Resume should not be more than six pages long, because it gets tiring and pointless reading all those lines. Generally they’re just interested in your high school achievements, but you may go as far back to primary only if it’s relevant! For example, you are a star champion in figure ice-skating and you started since seven years old. By all means include all your achievements in to prove consistency. But if you are writing down about winning some stupid drawing or singing competition you took part ages ago, the admission com would think you’re desperate or self-absorbed.

There’s really no general guideline as to how to write resume. You may look for the format you like online and follow accordingly. I followed the format of this Malaysian called Andrew (he’s in Swarthmore) which I got from quaintly website. But her web just broke down some time ago so I’m not sure if her USA guide posts are still there, you can try searching yourself!

The most important thing is that your resume should be very clear in highlighting your strength. The first page of my resume outlined all my academic achievements (scholarship to Singapore, O levels, predicted grades, academic competitions that I won. I just went as far back as four years). The second page was titled “Public speaking” so I threw in all my debate/MUN/public speaking competitions that I (or the school lol) won. The third page was titled “Writing” so I threw in all writing competitions I won, be it in English or Indonesian or Malay languages. The fourth page was “Leadership and Volunteer” and I jotted down all leadership positions (mostly scholar committee and ASEAN committee achievements), plus volunteer activities.

I was actually involved in gazillion other activities like touch rugby, choir, drama, digital design, video competition, and so on and so forth, but did I put all those in? No, because I thought they were irrelevant achievements. My true passion was really in expressing my thoughts (through public speaking/writing) and taking initiative (through assuming leadership position in student bodies).

The trick in writing your resume is being clever in bragging. It’s just word play, really. For example I was the secretary for ASEAN Com. But what did I write? Administrative Head. And then my job description was to take down minutes and nag at the members to do their assigned duty. But what did I write? Reporting to MOE about the progress of the committee, outlining a clear and practical time-frame for each and every member to finish their assigned duty, blablabla. All those seemingly grand words. Plus, if you are part of a gold-winning society in your school, do write their achievements down (forgetting to mention that you’re not necessarily responsible for the victory lol). For example in CHIJ debate team I was the reserved member for some competition. But the team won (I just sat at the back all the time, but technically I was part of the team.) So I wrote that down to make my achievement list looked longer!!

Okay this post has become too long, so I’d better stop. But those of you who really want to reach your American dream, too much information is always welcome. You will never feel too lazy to read everything that might help (however minimally) your application.

Feel free to e-mail me at xelliose@yahoo.com if you’ve got more questions, and I’ll reply if I’m not busy!