While some high school graduates choose to go straight to university after graduation, others prefer to attend community college instead. In this post, University Counselor Joseph McGrath points out the things to note before making a decision.

There has been a growing trend in Indonesia and in other countries for students to consider community colleges as a bridge to a university education in the United States. Many agents and representatives are encouraging students to go to community colleges first and then transfer to a good university (these schools pay up to 25% commission so their incentives are clear).

It can’t be denied that the cost factor is a major advantage of community colleges. And the courses will be less rigorous than in a university, which may help some students adjust to the demands of higher education.

However, there are some aspects of community colleges that you may not hear from the representatives or agents working to market these schools. Allen Grove, a freelance writer who graduated from MIT and the University of Pennsylvania, has pointed out some hidden costs that I can see apply to Indonesian students as well.

1. The truth about transferring is that good universities are very careful about what classes they will accept as transfer credit. Even a course with the same name may not be accepted at the university. Indonesian students must be sure they are taking courses that absolutely will transfer to their 1st, 2nd and 3rd choices.  (Colleges will often mention successful transfers but often they had guaranteed transfer agreements in the past that are no longer valid, i.e. UC Berkeley). If they promise the University of California, be prepared for UC Davis or UC Merced, not the more well-known schools.

2. In reality, it can be very difficult for a student to finish two years in a community college and then graduate two years later from a university. Students take mainly general courses at the community colleges and must complete all their major requirements in the university. Even if ALL the community college courses transfer (as electives in most cases), it may be incredibly difficult to complete all the required courses for graduation in only two years. In fact, a study has shown that the average transfer student takes 59 months to finish a Bachelor’s degree, not 48 months as if often promised (Crossing the Finish Line: Completing College at America’s Public Universities). So, although community colleges are chosen to save money, they can actually end up costing more.

3. There are “opportunity costs” of not finishing as early as possible. This is the cost of not doing something because you are doing something else. And, it applies if someone takes a year longer to graduate. Instead of making money by earning a salary or growing a business, a 5th-year student is still spending a lot of money for tuition, housing, books, etc.

4. Another possible negative aspect of community colleges is the lower academic standards. Community colleges accept almost everyone who applies; they may have larger classes and less-skilled instructors; and they may be quite generous with grades. But, then a student may transfer to a prestigious university and the community college level work might earn the student C’s and D’s. The academic demands at universities are typically much higher and transfer students are expected to keep up with the work without much help. Poor results in the required upper-division courses could force students to change majors or to take longer to complete university.

5. Finally, transferring into a major university as a junior (3rd year student) is another major adjustment. Strong friendships are formed in university and the student may leave a network at the community college and not yet have one at the university. Facing higher level courses without feeling a part of campus life (clubs, events, and student-life) can be lonely and depressing. A transfer student needs to make it a priority to make new friends and get involved in some of the activities on campus despite their heavy workload.

One last thing I should mention is the “the Indonesia problem” as it was described to me by an admissions officer from the University of Southern California last October. He said his university has begun to carefully screen out applicants who haven’t finished high school that try to transfer in from a community college. The representative from George Washington University who was standing nearby said his school is as well.

As you can see, there are many things to think about in considering a community college.  You need to have a balanced view in order to make the best decision for your future. It is wiser not to make the decision just based on the lower up-front costs and simpler admissions process. 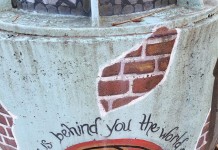 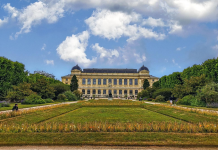