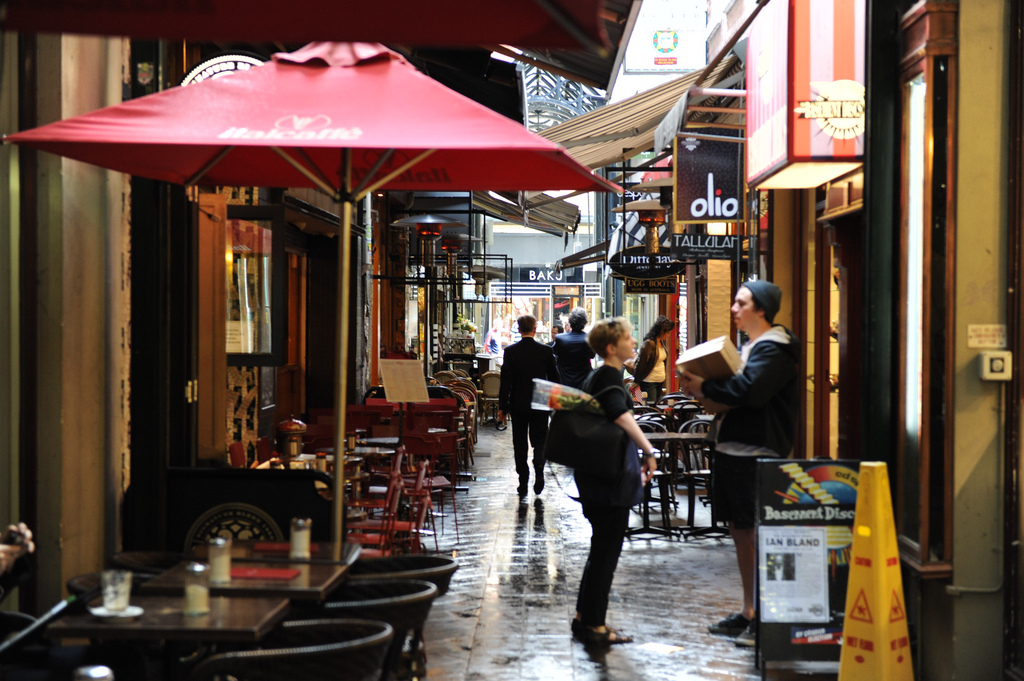 What does it feel like to study as an international student in Melbourne? In this post we talk to six Indonesians and ask about their experiences in living there.

Why do you choose Melbourne to study?

Catherine: Because Monash University is here.

Daryl: I have some of my extended families living here 🙂

Davy: Because Monash University is in Melbourne. If Monash is in Darwin, I think I will be in Darwin right now.

Fanny: When I needed to make a decision, the universities who give full offers are Monash University, UNSW, and University of Sydney. Some people say that Sydney is a scary place to live. Thus I chose Monash, in other words, Melbourne, to study.

Fenny: I want to study in Australia! And people say that living in Sydney is more dangerous, and other cities are too quiet. So I chose Melbourne.

Jason: I chose Melbourne because after went through all the choices I had, Melbourne was apparently the only city that captured my interest. It’s got a lot of fancy places to visit, and from what I’ve heard, Melbourne is one of the most livable cities in the world (according to Google).

What is your most memorable experience in studying in Melbourne?

Catherine: During the first weeks, I fought a lot with my brother because he kept on saying he wanted to go back home.

Daryl: Able to meet people from various countries, even though some of them are annoying and some are interesting. Oh, there’s this one time when a Caucasian hugged me while I was taking pictures with my friends.

Davy: The first time I arrived in Melbourne airport, I did not know where to go as there was no one to pick me up. I felt lost. It was stressful.

Fanny: Gaining 6 kilograms. And once I was given a $150 fine as my handphone alarm rang during exam.

Jason: The first time I arrived at my rental house in a suburb in the middle of nowhere, I was like, “Oh wow, I’m so disconnected.” But after a couple of weeks staying in, it wasn’t that bad at all. And after I’ve got all my housemates coming into the house, I started to go to the city on my own and I learned how to use the bus ticket thing. First time getting on public transport in Melbourne was awkward though.

What do you think about the difference in living in Melbourne and in Indonesia?

Catherine: It’s very different! In here, I need to do everything by myself. In Indonesia, life is good, everything is done for you.

Daryl: Very different! In here, everything tends to be faster, and we need to keep up with everything. And here, I can unleash my fashion sense, as people literally don’t care what we wear, and we can use different types of clothes :).

Davy: The cost of living is too contrast. In Indonesia, I can eat and be full with IDR 10,000. Here, I need to spend AUS$10. But there are good people here, no traffic, and good weather.

Fanny: In Melbourne, I need to do everything by myself as there are no helpers and drivers. I need to go everywhere by bus. The people here are more ignorant, like they don’t really care what other people are doing.

Fenny: In Melbourne, I need to use public transport and walk to everywhere. In Jakarta, I use cars everywhere. And during the night, it is very dark in Australia. And every shop is closed at 5pm. In Indonesia, everything is open until late at night.

Jason: In Indonesia, for example if I’m eating at McDonalds, I just need to put the finished food on table. Here, I need to throw away the food by myself. There was one time where I was reprimanded by a stranger as I didn’t put away the food. I felt bad about it.

What would you see yourself in the future after you finish your study in Melbourne?

Catherine: Work and get Permanent Residency :).

Daryl: Finishing Master’s degree, and then going back to Jakarta to finish work.

Davy: I want to work here, so someday I can take my parents and family to Australia and show them I did good.

Fanny: To graduate as soon as possible, work, get PR and stay in Melbourne.

Fenny: In the future, after finishing bachelor degree, I want to stay in Australia. I want to work and stay here and apply for PR.

Jason: I could go for Master’s degree, but getting a decent job is fine, too. Being able to do both would be awesome though.