There are many different types of high school exchange student programs, but the one that I am talking about here is full academic year exchange student program, or about 10 months. In most cases, application process is rigorous and very selective. You will be placed at a local family that have applied and been selected to host foreign exchange students. Like local kids, you are expected to go to local schools and participate in extracurricular activities. The idea is to learn other culture by living it.  You are bringing the mission of cultural exchange, so not only you are going to learn new culture at your host country, but also you are expected to somewhat prepared to introduce Indonesian culture to the locals.

When you decide to go on a full-year exchange student program, you will graduate one year later than the rest of your classmates in high school. Some might say that you will “lose” a year. But, do you really?

In one of his speeches, Dr. Anies Baswedan, Indonesia’s current Minister of Education, a prominent education figure, and a former AFS high school exchange student himself, was famously quoted that going on a high school exchange program is like a slingshot (ketapel)—pulled back a couple of steps to be thrown away as far as possible.

Yes, you will graduate late, but as cliché as it might sound, what you learn in this one year will be invaluable compared to graduating late from high school. You will face all kinds of challenges and problems, both while you are at your host country, and when you come back and readapt to your home town. You will need to try to get along with your host family, often multiple host families. At school, you will be the new kid that tries to be part of social groups that has already been established. Once you get back to Indonesia, your world view will change at least a little bit that it would be difficult at first to go back to your circle of friends. You will solve some of these problems, and you won’t solve the others.  Yet, you will learn from all of them.

In the United States and Europe, there is this concept called the “gap year.” That is, a period of time when high school students choose to not go to college right away after graduating from high school. Instead, they do other things for one year such as traveling, pursuing hobbies, finding a job, etc. Often, they are already accepted to their favorite colleges but deferring their admissions to the year after that. This whole concept of “gap year” is based on the idea that highly values learning outside of the class room. The concept of gap year is strikingly similar to a year-long exchange student program. Learning outside of the class room is valued that high in more developed countries such that taking a year off to learn “in the real world” is considered common.

You are going to live in a foreign country for about one year. Even with no prior education on the local language, you will be somewhat proficient in the language. Every single one of my exchange student friends who went to the United States; once they came back home, became fluent in English. While others that went to Europe become very, very good in their host countries’ languages such as German, Italian, and Norwegian.

Mastery in a second language goes a long way.  You will surely look more attractive to possible employers. Learning a second language has been long associated with much higher brain activities. As a bonus, learning a new language when you are younger (i.e. high school age) will be much easier than if you had only stared later in life.

Getting out of your comfort zone

If you can live with a “random” local host family for about one year, try to make new friends at a new school, all while using a foreign language — when you are 16-17 years old–  you can do a lot of other things in life. Additionally, once you come back, your classmates will already graduate and you will start from zero again. You will have to get along with younger students that are used to be your juniors at school. When you stretch out your comfort zone like that, everything else that comes in life will become much, much easier.

At age 17, I took a break from what was considered the best public high school in my city, left my nationally-acclaimed basketball team, and traveled all by myself from Jakarta to Chicago, and then to Washington, DC. I had to deal with customs officials that denied my entrance to the United States (although after a few hours, it was all cleared up). A devoted Muslim, I was placed at a Jewish temporary host family. I was then moved to a permanent host family with 2 big dogs, also a taboo animal in the Muslim tradition. I was never outside of the country before for more than a few days to Singapore. I had to make friends with people at the new school that already had established groups of friends. I have to try to get along with new basketball teammates. Once I came back home, I never really came back. My original classmates had already left for college, so I had to try to make friends with my juniors. It was not easy, but I survived and came out much, much stronger.

This is the year when you can try literally everything you want to try, with almost no consequences. For the most part your grades at school will not count for your graduation, so you can literally take any classes you want in you host high school. Classes that I took were not only the ordinary ones such as Math and Physics, but also US History, US Government, Cinematography, and Spanish! Classes that were offered at my host high school were varied, from pottery, choir, and other art classes.

You can also take all kinds of extracurricular activities that you never heard of in Indonesia. I had a chance to continue to play basketball in the US, but I also tried a new sport called Ultimate Frisbee, new activities such as stage directing, acting in the school’s musical drama, hiking, camping, and volunteering at local events. I even went backpacking to visit colleges in Boston, MA and Richmond, VA all by myself for three days! Others have the opportunity to take skiing, American football, as well as knitting clubs.

Networking is probably the most essential outcome of this program. I now have friends from all over the world, from South Africa to South Korea, from Norway to Thailand. All from this one year alone.
The friendship with American local friends was also invaluable. My great relationship with my teachers, classmates, and coaches in my host high school had tremendously helped me in scoring a full-ride scholarship at an American college. Not only that they help with choosing the schools to apply to, they also helped me to prepare for my application essays. My teachers wrote me excellent recommendation letters and my coaches helped me by talking to the college’s coaches about how my basketball skill can be useful for the college’s teams.
Lastly, exchange student organizations usually have a strong network of alumni and volunteers that have gone places. My organization, Bina Antarbudaya / AFS Indonesia, for example, has alumni ranging from the ministry of education (Dr. Anies Baswedan) , famous news anchor (Najwa Shihab), as well as nationally acclaimed artists (Taufik Ismail and Indra Herlambang). These people on the alumni network might help you professionally in the future, but more importantly, they serve as motivations for you as you pursue you future careers.

So, readers in the 10th grade, what are you waiting for? Bina Antarbudaya / AFS Indonesia, one of the biggest cultural exchange organizations in Indonesia, is currently open for registration! For more info check their website at http://www.bina-antarbudaya.or.id

All photos are from the author’s personal collection. 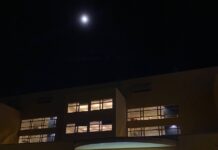