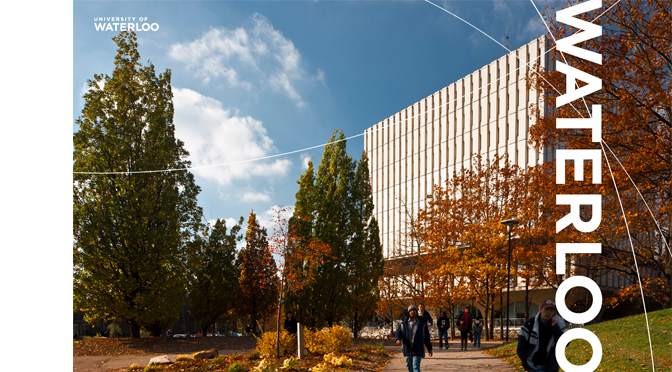 This is the seventh of twelve installments in a column series. You can view past columns here: first, second, third, fourth, fifth, and sixth.

When one hears “Mechatronics Engineering” as a major, the term might still be considered a foreign concept in Indonesia’s education system. Unlike other engineering departments that has been constantly becoming a major interest among prospective students, very little people are exposed to this option. Reasons include the limited choice of universities that made the program available, what kind of jobs will this major land someone into, or simply because this branch of engineering is still considered new. So when a good friend of mine is building a success story on this field, we know this platform is a good opportunity to share the field with everyone.

My name is Alicia Kosasih and I am one of Indonesia Mengglobal’s recurring columnist. For the past six months I have been thoroughly dissecting the in-and-outs of transitioning between operations management into interior architecture, and for this month’s column, I got the opportunity to talk to Rey Reza Wiyatno, a Mechatronics Engineering student at the University of Waterloo, Canada. In the following interview, Rey provides an interesting and thorough overview on why he decided to study a field that is still considered as a foreign subject in Indonesia as well as his decision to choose UW as his home for the next five years. In case you’re wondering what this major is all about and what makes Rey proudly call UW his second home, here’s what he has shared with me on a short interview:

A: Hello Rey! Please tell everyone a little bit about yourself.

R:Hi Alicia! Sure. My name is Rey Reza Wiyatno. I am a student currently studying Mechatronics Engineering at the University of Waterloo in Ontario, Canada.

A: How was your thinking process like when choosing a university that suits you best?

R: Choosing the “right” university for yourself can often be confusing.  One can choose based on the university rankings, program, location, etc. There are so many aspects that you need to consider when choosing a university. When I was looking for the “right” university for myself, I was looking for an innovative engineering school with a great entrepreneurial spirit. I got accepted to several universities such as McGill University and University of British Columbia which have always made it to the top 50 universities in the world list, but I finally decided to go to the University of Waterloo (UW). People often ask why I decided to attend UW despite its rankings and Waterloo’s location. Well, to be honest, growing up in Indonesia, I have also never heard of University of Waterloo before I came to Canada. It is not as well-known as Harvard, MIT, Yale, etc. I love robotics and embedded systems. That is why I really wanted to focus on mechatronics engineering and not mechanical or electrical. However, I don’t choose university, at least for undergraduate study, based on the rankings. My choices are based on the program that is offered, the environment, and how the university can help me to achieve my goals.

A: What is Mechatronics Engineering, actually? What kind of jobs will someone land after graduation?

R: Mechatronics Engineering is like a combination of Mechanical, Electrical, and Computer engineering. It is more heavy in embedded systems, automation, control systems, signal processing, and hardware programming, though. The job options are really broad. People often correlate mechatronics engineering with robotics. However, you can also go to other industries such as biomechanics, aerospace, automotive, etc. as today’s technologies are always involving mechanical and electrical systems combined with programming.

A: So what makes UW (University of Waterloo) special among the crowd?

R: Three things come to mind. First, I chose UW because its Mechatronics Engineering program, which is not under mechanical or electrical engineering like in most universities, at least in Canada. Second, UW has the biggest co-operative education program (co-op) in the world – a fact that not a lot of people know. Third, UW has a really great entrepreneurship spirit.

A: Can you tell us a little bit more about this co-operative education program in University of Waterloo?

R: Co-op is a program where classroom-based education meets practical work experience. Students in the co-op program are encouraged to apply for jobs to get practical experience in the industry as an essential and integral part of their program. In my case, I have to do 6 co-op terms (24 months) before I can graduate. The way it works is UW facilitates the students so that we can apply for jobs through the University’s website called Jobmine. The students then have to go through selection and interview process by themselves. And if you are wondering, if you get a co-op job, that means you get paid.

A: Building on top of that, how has your internship experience been so far? How much can a student intern earn?

R: On average, an engineering student can make around CAD (Canadian Dollar) 2700 – CAD 4000 per month, depending on the company and the university level that you are in. What is more interesting is that the co-op program at the University of Waterloo allows you to work with different companies in different industries during your work term if you want! It is not a strict 24 months straight program. In my case, I alternate four month academic terms with four month work terms until completion of my degree requirements. So, you can try out different jobs to figure out what you really want to do in the future. I was fortunate enough to be able to work for several big companies in different field during my work term. I previously worked for Pratt & Whitney Canada (aviation engines manufacturer) and Kiewit (construction).  Currently, I am working for Flex (previously known as Flextronics) doing some image processing and vision systems for automotive. Oh, and if you do really well during your work placement, it is very possible that the company will offer you a job after you graduate! A friend of mine did a work term with Facebook and he got an offer to work there before he even graduated.

A: Moving on, why do you think University of Waterloo has a great startup spirit?

R: The place where UW is located is called Kitchener – Waterloo area and is known as Canada’s Silicon Valley. UW has a startup incubator called Velocity and it has produced a lot of great companies such as Pebble, Kik Messenger, Thalmic Labs, and many more. So if you have the drive to start a company, they can provide you with the funding, workspace, and mentorship, to bring your company to the next level. As a matter of fact, UW has been gaining reputation In the Silicon Valley as a university that produces innovative companies and has been ranked #16th in the list of top 50 universities for VC-Backed Entrepreneurs (http://www.entrepreneur.com/article/236912) The overall academic environment is very supporting of students to jump ahead and turn their ideas into reality.

A: Can you share with us some startups that began at University of Waterloo and became a success in the industry?

A: Thank you for this discussion! How can anyone reach you in case they have questions regarding the University and all of its programs?

R: Feel free to reach me at my e-mail address, reywiyatno@gmail.com.

Rey Reza Wiyatno graduated from SMA Santa Laurensia, Serpong, Banten in 2010 and went to China for a year to pursue higher proficiency in Mandarin. He went straight into Canada afterwards and found his lifelong interest in Mechatronics Engineering, thus leading him as a student at University of Waterloo, Canada. He is also the co-founder of Indonesian Diaspora E-Class, a student-based organization that provides free online-based English classes for underprivileged kids all around Indonesia via Skype. You can check their recent contributions to Indonesia’s education here.

Image does not belong to the author and is from the University of Waterloo Canada’s website.