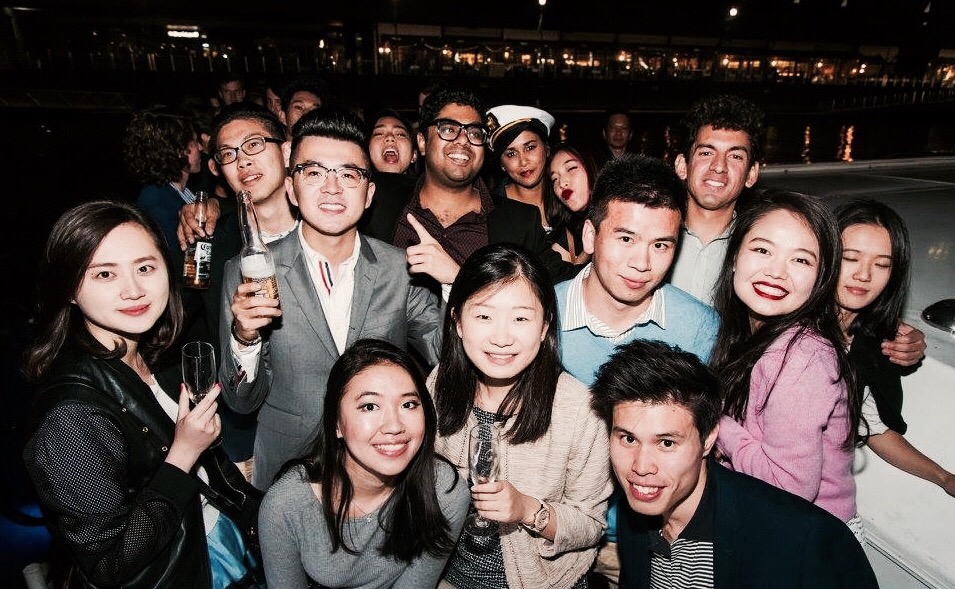 I can still freshly recall when and where I first encountered a Melbournian. He was a shop assistant in a shop I visited immediately after arriving in Melbourne. “What arr ya afta?” he said. “Pardon?” I replied. This conversation was repeated for so many times before he changed the line to “What arr ya looking far?” To make it worse, he was actually spitting each of those words to my face, rather than having a proper dialogue with a potential customer. This bit of story practically sums up my first months here in Australia. It took me a few months to get used to the ‘lazy’ Australian accent, while enjoying the charming Melbourne and my new college life. It was so naive of me for thinking that I had aced Melbourne at that time. Truly, this was only the prologue.

Six months later, I finished the foundation studies and started pursuing my Architecture major at the University of Melbourne. At first, the orientation week was smooth and fine. However, once the first semester officially began, all kinds of unforeseen issues started to appear. Taking no buffer, all lecturers quickly informed that the first deadlines for the semester would be in the following week. Immediately, my joy of being a freshman dropped as quickly as anxiety took over my mind.

Unlike in the foundation studies, there were very few international students taking this major and I practically knew no one. This was concerning, but I was quite confident that I would make new friends. Apparently, in practice, it was not that easy to start and maintain a conversation with other students. I might have had sufficient listening, reading, and writing skills at that time, but my speaking skill was still far from decent, at least, according to this ‘new’ standard. What troubled me most was that I hardly could blend into this clique of mostly locals or Australian Born Chinese (ABC) students. I started to feel like an outsider, especially since my accent was not ‘Aussie’ enough for socializing.

Australians looked ‘cold’ to me as they seemed to be very brief and did not bother to have small talks or friendly chitchats like we, Indonesians, often do. Even during the classes, I experienced this language and cultural barrier. One of my tutors kept asking me to repeat what I said during a class discussion. She found my accent uncommon, and yeah, she actually said that in front of the class. Maybe for Australians, this attitude is perceived as a common behavior, but at that time, I felt quite offended. As expected, all of these factors started to turn into prejudice that was more than enough to discourage me.

For the whole first two months, despite my desperation to make new friends, I stopped attempting to talk to other students. I did not want to embarrass myself any further and besides, I had a lot of Indonesian friends even though they were in different faculties. However, when architecture eventually became a real torture, I realized that surviving at the university without any comrades is basically a mission impossible. It was just sad to have no companions to share thoughts and ideas or even just to exchange greetings throughout the day.

I made up my mind and dared myself to greet and talk to other students. Surprisingly, it was not as bad as expected. Apparently, they did not mind with my accent at all. In fact, some of them were very friendly. Everything snowballed from there. As I interacted with more people, my speaking skills and confidence improved rapidly. I made a lot of friends throughout my three-year course and the best part was that I managed to adjust and build a sense of belonging. Architecture is a rewarding yet demanding course with all of the caffeine shots, sleepless nights, endless essays and reports, weekly critics, cut fingers, eye-bags and the bloody expensive printing costs. However, I am extremely grateful that I went through all of those together with my many friends. Daring myself to get out of my comfort zone was simply one of my best life decisions.

“Buy the ticket and take the ride”, people often said. Well, I did buy the ticket, but I had let prejudice discourage me that I missed out my first ride. We tend to spot and list differences more quickly than similarities. In fact, I realized that I should have looked at things from a different perspective. I had braced myself with the perception: ‘their’ culture is different from ‘mine’, it will be hard to get along with ‘them’ because ‘I’ am not the same. It was actually ‘me’ who set all of these boundaries in the first place.

Fast forward to four years later, I am still here in the same university, halfway through my postgraduate study in Management (Finance). Getting along with people from different cultural backgrounds is no longer an issue for me as I have been through the cultural shock years ago. I am still not an expert nevertheless, but my communication skills have improved significantly. I believe the key is to have an open mind in the first place and I wish I had known this thing earlier. You should dare yourself, open up, and take as many rides as possible during your stay abroad. On the other hand, do not forget to be considerate to yourself. At the end of the day, it is not about determining which culture is superior. Instead, it is so much more about making the most of your journey.