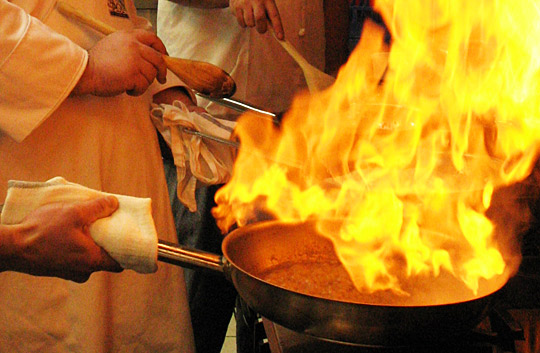 You see, life hits you after you finally graduate in a country thousands of kilometres away from your homeland. You began to ponder upon the things that you want to do in your life, your future, and your career. You take into consideration, the many things that people say about you, and of course, the things that you have learned in the formal years of your education. If these things are closely related to the things that you like and want to do, then making choices would not be that hard. Still not saying that it would be easy. But then, what if it’s not?

Sadly, I can’t tell you the answer to that yet. How I wish, I could. But what I can tell you now is my own personal experience in how I worked my way to do something that I love in this never ending study break you call graduating.

Avid readers of my article (and yes, the word is singular) know that I was enrolled at prestigious culinary school. Having a business degree in my hand and a head full of recipes doesn’t seem to make the best match. Sell the recipe and make your own fried chicken company? Could be. Venture into the world of food industry and build your own food truck? Thought of that. But truth be told, anything seems to be hard for someone who’s again, thousands of miles from home. The networks are far too limited. Regulations are something that you’re not familiar with yet. Even though the ideas are endless, execution is something that you haven’t mastered yet. 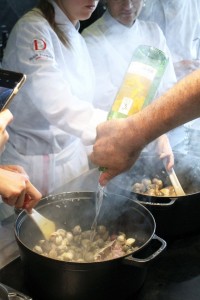 It may seem easier as an Indonesian in the Netherlands to do something because of the historical ties and a number of Indonesian immigrants in the country. And with Indonesians, it always seems like we are brothers and sisters outside the country. While this still holds true, going out of your country and actually make a living abroad can also mean leaving behind something that you previously had. Friends, networks, opportunities, you name it. To gift wrap it to you in a nice manner, you are starting from the zero point.

Well, some might argue that this can’t be true. If you’re lucky enough to be raised by top politicians or business leaders with networks all around the world, of course this won’t be true. But even being lucky enough to have parents that can support you to go abroad is still not enough to cover up your struggle to start something. Maybe, financially. Maybe. But the rest, you’re almost on your own.

So dear readers, after all of this, let me finally tell you how my story goes. Starting from the bottom, a cook job is a tough job. Having an expensive two months training certificate from Paris doesn’t mean anything in the kitchen. And I learned this the hard way. I landed in on several part time jobs only to find that these jobs don’t suit me. Or more like I wasn’t suited for the jobs. Titled as a ‘chef-assistant’ in an exotic Moroccan cuisine restaurant turned out to be a dish washing job. Work in Amsterdam’s hippest food festival-ish market hall selling hipster Vietnamese Banh Mi’s turned out to be a factory worker job. A garde manger (French term for cold kitchen) position? A fancy word to say you’re-not-good-enough-yet.

And what makes it even harder is that not mastering the local language will always mean that you’re going to be the ‘outsider’. The one (excuse the pun) who can never be one with the team.

Even though it pays well, a matter of fact, it pays really well. But after not so long in the kitchen you will get the idea that being a cook is a blue-collar job with a hyped up fame and stardom that you can only see in televisions. It is indeed a good way to give some kind of respect to these hardworking people who prepare your mostly readymade (again, not always) food, but in the end, it still is a labour intensive work, with co-workers that work as, well, labours. Factory kind of labours. Middle-class people with middle-level education.

Though now it sounds like a really bad idea to work in the kitchen, in the end, the kitchen is really an exciting place to work in. The rush, the adrenaline, the heat. The pride and joy you share with the team. And don’t forget the tip and payment you would get at the end of the month. And all of these I know after I work in the kitchen. After, I follow myself to try and do something that I love. And most importantly, after I get out of my comfort zone which is that business degree. Because yes, having a degree can, in fact, get you really comfortable.

So like every story that doesn’t end really well, the narrator sometimes has to step in and say to the audience what the moral of the story was. And the moral of this story is to just go out and do the things that you’re always curious about doing. Jump at any opportunity available and put aside for a moment the things that prevent you from doing it. Because in the end, you will find yourself in a much more comfortable situation if you’ve managed to do the things within yourself.