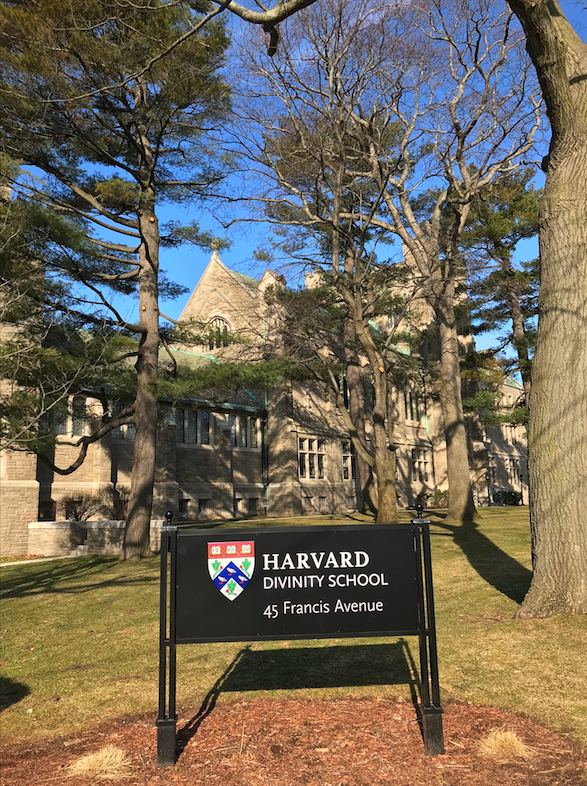 Waskito Jati was an Indonesia Mengglobal mentee back in 2015. His hard work eventually paid off, as he got admitted to Harvard University, University of Chicago, Edinburgh University, and Leiden University! In this article, he recounts the unexpected lessons learned during his two-year stint at the school he chose: the Harvard Divinity School.

In a matter of weeks, I will be graduating from one of the most recognizable universities in the entire world. It is famous for producing some of the most influential people in the twenty-first century and for being one of the richest universities in the world. As much as I am glad that as an alumnus I will have the privilege of “dropping the H bomb,” a phrase to describe when an alumnus brings up the name Harvard University in a conversation, I would like to tell the other side of the story. Namely, the stories of hard work, perseverance, and faith. Keep in mind, however, that I am speaking from my two-year experience of delving into the world of Religious studies academia in the US. Others may have completely different opinions.

Perseverance of the outsiders

Imagine being in a two-hour class session with only three other students and one of the most revered professors in the field. After one semester of intense class sessions with pages upon pages of texts and reading in French and Arabic, trying to grapple the concept of filiation and lineage in the twelfth century the Middle East only to have your professor say to your face that you are not good enough and that your work and dream of transforming your community are in vain because your professor is not satisfied with your hard earned efforts. Unfortunately, this event did happen to me with a professor of mine in my first semester. However, what I want to emphasize in this story is the fact that I fought back. I claimed my own narrative, I did not let a highly privileged professor define my success. I spent a good thirty minutes arguing with him during office hours. I went out of his office crying, victorious.

Breaking the academia bubble and playing the game

Oh, how I wish I could talk about Gus Dur in my classes, or about my father who would present an offering to the spirit while reciting Quranic verses. Alas, the study of Islam in the United States, particularly in Harvard, couldn’t care less about our country. Despite the great number of Muslims in Indonesia, rarely does Islam in Indonesia become a reference or conversation in the study of religion. I end up spending hours of my time translating classical Arabic poetry from the twelfth century about a particular castle in Palermo, Italy, or memorizing obscure vocabulary like غرة, which means the white spot on the forehead of a horse. Despite that, I have never gotten a grade less than an A-minus in my advanced classical Arabic class. Thanks to my friends in here, I have come to accept that for me to break into American academia I have to play the game. To get accepted at a Ph.D. program, for example, you have to study what is considered popular in the field, get to know the professors and take their classes even if you have little to no interest in them. You see, I thought Western education was the land of meritocracy. To a certain extent, it is true, but it would be a mistake on my part if I choose to ignore what is clearly happening, namely the politics of American academia.

I may have given the impression that I am miserable studying in Harvard. This statement could not be more wrong. As graduation approaches, I am in fact dreading the day when the university revokes my library membership. Harvard library system and its collection have been such Godsend throughout my years studying in here. I would miss the ability to request the Widener library to scan fifty pages of a book and send them to my email in two days, or have ten books delivered straight to the nearest library from my apartment. My experience of gossiping/intellectual discussion with my friends in here is invaluable. Where else would I be able to discuss the concept of the breath of God with a Pentecostal Christian and an agnostic over pizza? The reason for my tone in this essay is precisely because when you study humanities, you are trained to be extremely critical, to twist and deconstruct any information to uncover what is hidden and to fervently defend what you believe with reasoning and sufficient proofs. As my friends and I always say, unless you get into verbal fights in class with the professor, or come out of class enraged because of a statement of your classmate, you may have been doing something wrong. Master’s degree education is supposed to push you to the limit, to drain you of your mental and intellectual vigor. Nothing could have prepared me to be a better scholar than what Harvard has given me in the form of challenges and supports.

One thing to keep in mind, however, is our intention. I always make sure that my verbal fights in class, my rebuttals to my classmates’ arguments, and my complaints are not based on my mere ego and entitlement since they tend to blacken one’s heart. They should be based on my intention to fight for social justice, for the betterment of the society and to make sure that God’s mercy prevails in the world. No matter how pernicious the world can be, good intention shall take its course, leading us to more opportunities to attain our goals.