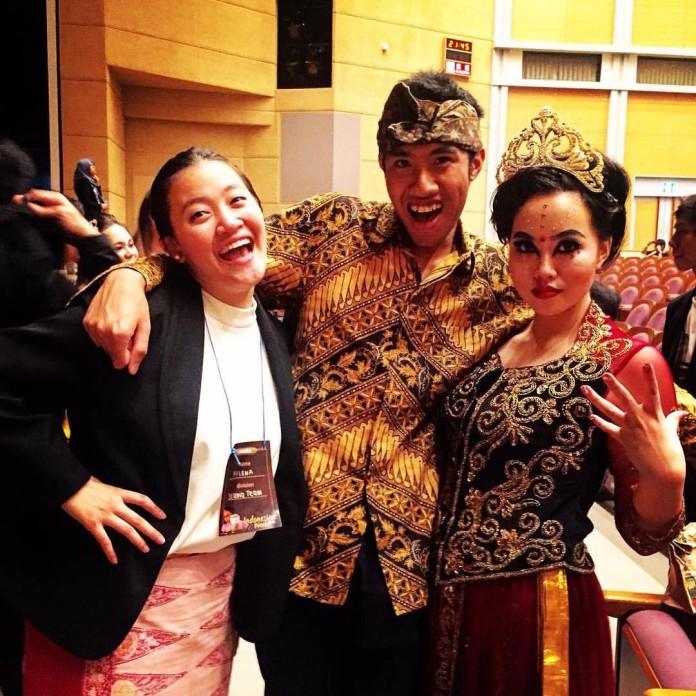 Pursuing higher education overseas, especially right after finishing high school, can be somewhat terrifying and exciting at the same time. However, despite the fear, the experience might be worth it. In this article, Khrisna narrates his experience on applying to Ritsumeikan APU Japan, and how he makes use of his time in college.

During my senior year in high school, I was all excited about the prospect of studying abroad. I felt that if I studied abroad, I could broaden my knowledge, horizon, and connections and use what I’ve learned from outside of Indonesia to improve my own country and bring it to a better future. However, studying here in Ritsumeikan Asia Pacific University (APU) was beyond my initial plans.

At first, I had my heart and mind set in studying abroad in England, a popular destination for foreign students. Unfortunately, the costs of studying in England were too high for me and my family, and since my academic record is – I’m going to admit it here – not that very good, I couldn’t secure myself a scholarship.

My second option was the Netherlands. The country has a strong Indonesian diaspora community, with a huge number of Indonesian students studying there, plus my older cousins are also studying in the Land of Windmills. However, the issue of my unsatisfactory academic record in my high school provided yet another obstacle for me to enroll myself there.

My third option was South Korea, a country that is quite close to Indonesia in our opinion. This would allow me to go back to Indonesia to visit my family occasionally during vacations. My family and I even went to Seoul to see my targeted university there with our own eyes and gather more information about it.

However, just as I was about to make my decision, APU somehow made its way into my list of options.

My high school holds an annual education fair each year, which would help students from high schools from within and outside Jakarta in searching for prospective universities. APU was one of the universities which participated in the fair, and upon returning from my trip to South Korea, I decided to visit APU’s booth.

APU’s application process turned out to be much simpler than the Korean university I visited. Unlike the other universities that I tried to apply to, APU has their own representative office in Jakarta, which gives prospective students some degree of easiness in terms of answering questions regarding the application process. I often refer my younger friends who are eager to follow my footsteps to APU to their Jakarta office, so that the friendly staff there would guide them through the process. 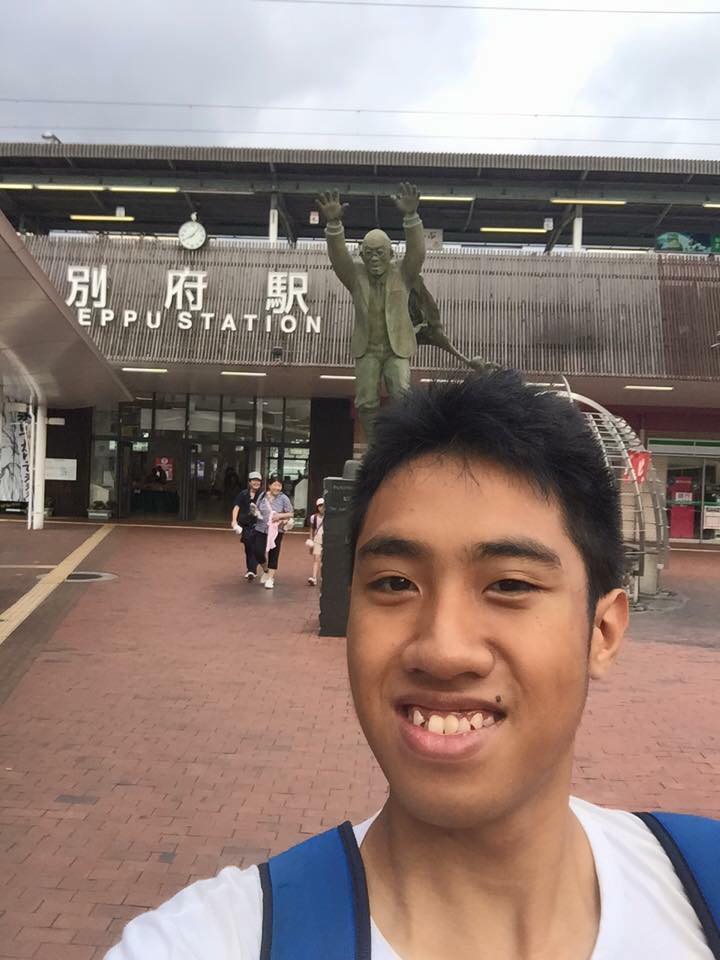 Applying to APU requires 5 important items. First, your complete academic record in high school. Second, your English proficiency score, either TOEFL or IELTS. Third, a record of your achievements throughout your academic study in high school and your own personal achievements, which is quite important. If you don’t perform well academically, your past achievements would put you in their contention – I myself had won a number of English competitions when I was in junior high and high school, so I had those backing me up when I was applying to APU. The fourth thing that you need is your application essay – an essay that you write regarding why do you want to join APU or what will you do after you graduate. Last but not least is the interview test.

Also, APU has 4 application periods, which starts from 11 to 5 months before the departure to Japan. Indonesia sends their prospective students to APU at least twice per year, every spring and every fall, meaning that in total there are around 8 application periods per year. Depending on your high school graduation date or your decision to take a gap semester before going for it, you may choose to enroll to APU in either the spring semester or the fall semester. As for me, I was part of the Fall Semester 2014 batch that departed from Jakarta around September 2014.

However, while taking a course entitled Introduction to Environment during my second semester, something inside me changed. Hearing my lecturer’s powerful and moving words regarding the importance of our environment and our planet inspired me to do something for my beloved planet. That, and coupled with my better grades in Environment and Development-related courses compared to IR, completed my switch to the E&D department, and I haven’t looked back ever since.

In terms of environmental activities, APU has got you covered. For one, there’s an organization called Symbio that performs weekly river cleanups and promoted a successful campaign to recycle the caps of bottle drinks on campus, and advocate for the conservation of a local firefly population near the campus area. Another organization is ECOS, a newly-established environmental organization that promotes sustainable living to APU students. I was quite active in Symbio during my second year in APU, often helping out the locals in cleaning the river near the university and cleaning up the beach located just in front of the university access road. I also participated in the annual environmental awareness rally held by Toyota on that beach about three times. As for ECOS, I’ve just joined that organization last semester, and I’m looking forward to advocating the importance of protecting our environment through sustainable means to APU students and beyond. 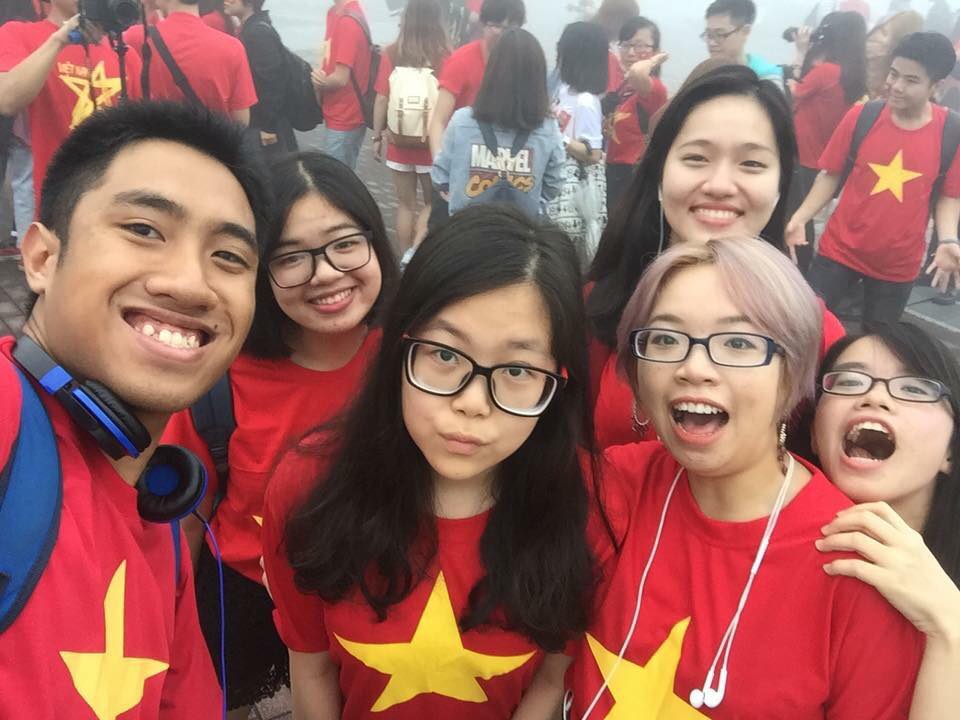 Well, what about the living cost in Beppu? You might have heard that the living cost in Japan is horrifyingly expensive. However, I can proudly say that Beppu has one of the lowest living costs in Japan – I can survive an entire day in Beppu with only 1000 yen (which equals roughly 200,000 Rupiahs) and I’m quite lucky to get myself a cheap apartment at the center of the city. However, this doesn’t change the fact that the living cost in Beppu is quite costly for our standards – which is why a number of eligible students usually seek scholarships to reduce their financial burden. Meanwhile, for those who are not that fortunate do part-time jobs to both seek working experience and ease their finances. I worked as a convenience store clerk before and even though it was tough, the pay was good and it was more than enough for me to sustain myself.

Do I miss Indonesia? Of course. I miss eating rendang, soto ayam, sate ayam, tahu telur, and many others – the assortment of delicious and wondrous Indonesian cuisine! I also miss my friends and family back home. However, in such a great, multicultural environment with many supportive people around you such as APU, I don’t think you would miss Indonesia too much.

I might not have time to write a lot of things in detail, but I guess I’ve scratched the surface of my life here in APU quite a lot. So, don’t worry if you haven’t decided your future yet – life can be quite strange and funny at times. Who knows, you’ll find your passion for living through a series of random events just like I did. But for now, that’s all from me, I’ll talk to you guys later! 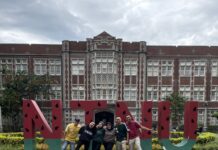 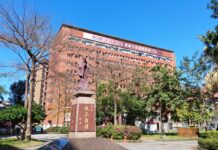