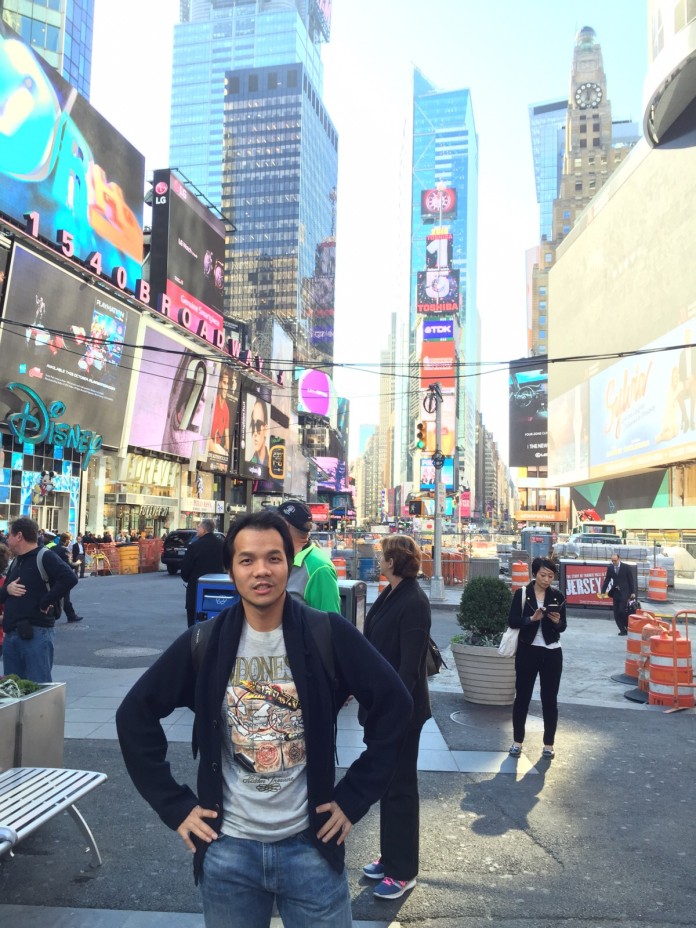 Among Indonesians who have studied in the US, many choose to return to Indonesia, but many also choose to stay due to the allure of the “American Dream.” In this article, our contributor Steffen explains why the American Dream actually makes him wants to return and build Indonesia.

Obviously, studying in the US provides you with plenty of opportunities in life. In some cases, it is a life changing experience that may significantly shape your future. But still, for some people like me, the glamour of the “American dream” has never once discouraged me from my dream to build Indonesia. Why?

First of all, let us count the privileges that we can get by studying in the US. The first thing that comes to mind is probably our careers. This is definitely not wrong, as the high-quality education system in the US can give you the advantage in terms of expertise. More importantly, the mindset that is offered by the education system in the US will also shape your work ethic differently. Here, I want to highlight the entrepreneurial perspective that the education system in the US tries to encourage recently. It is no longer about maintaining existing products in the market, but instead, now it is about inventing the new big thing. No wonder, more and more people in the US nowadays aim to establish their own business.

During my studies in the US, I admit that many students still aim to be lawyers at the big New York law firms. However, I was intrigued by how many of my peers wanted to establish their own non-profits to help the poor who could not afford legal assistance. Moreover, many professors at my law school no longer encouraged students to be top-notch lawyers, but instead, they now encourage the students to be inventors for the legal industry, such as creating artificial intelligence that can efficiently assist the people to get legal assistance.

Aside from better expertise, imagine the vast network of people that you could create by studying in the US. While studying there, you would get a chance to meet not only Americans but also fellow international students like us who have a diverse background and unique perspectives. The people that you met may someday become the industry leaders or well-known inventors. They might also be the key for you to accelerate your career or even become your best friend forever! Oh, it is also not impossible that you find the love of your life there. I am lucky enough that I was able to find and still maintain friendships with people who are now lawyers, activists or even bright political trackers!

Living in a different country leads to different experiences and perspectives. For people from developing countries like Indonesia, studying in the US opens our perspectives on well-established countries with developed economies and mature societies. How the people talk, how they interact with each other, or maybe the effort that they do in appreciating human rights, all of them could become references for your own mental growth and even for the people around you. For me, the references that I got during my study in the US are fascinating legal systems, court decisions or the way of thinking of the legal practitioners there. I can use all of those for my personal reference in accelerating my career as a legal practitioner.

Now we’ve come to a fork: stay and live the American dream, or create your own American dream in Indonesia. I chose the latter. Of course, there are many other options, but for now, we’ll discuss the two biggest ones.

I’ll start by discussing what we could do with the advantages in expertise and mindset in Indonesia. A few names come to my mind with regards to entrepreneurial mindsets:

The three people above are all Indonesians who studied in the US (or at least have experienced studying in the US—Ferry Unardi dropped out from Harvard), chose to return and later became top young entrepreneurs in Indonesia. Having read about their experiences will not make me ignore the possibility of living my own American dream in Indonesia. With the advantage in expertise and mindset, I am motivated to create my own American dream. Even better, I can help Indonesia be much better in the future.

What to do with the network that you created in the US?

If you return home to Indonesia, persuade them to invest in Indonesia. Well, at least that’s my plan. American friends and international friends that I met in the US, they have a different perspective on Indonesia. Some are unfamiliar with our country, some know about Bali and only Bali, some others might have only heard of Indonesia from us. This means that we have a lot of room to explore their interests with Indonesia right? If later my American friends become big investors that establish Facebook’s competitor, I will immediately persuade them to set up their own office in Jakarta.

Please also note that investment does not necessarily mean creating a company and opening job opportunities in Indonesia; investments can start from small things like traveling to Indonesia and using the Rupiah. Persuading them to travel to a lot of beautiful places around Indonesia is actually enough to benefit Indonesia.

Last but not least, what to do with the references that we managed to get in the US. For me as a legal practitioner, there are rooms for improvement in Indonesia’s legal system. We can fill these rooms with our expertise and adjust it to the needs and situation in Indonesia. Some matters that have not been regulated by Indonesian law, for instance, I could use the reference that I gained while studying in the US to advise my client and getting through of various commercial deals.

My point is that it is always an interesting topic in choosing whether to stay or return to Indonesia after our study in the US. Here, I would like to remind you that getting back to Indonesia, does not, in any case, mean that your American dream ends.