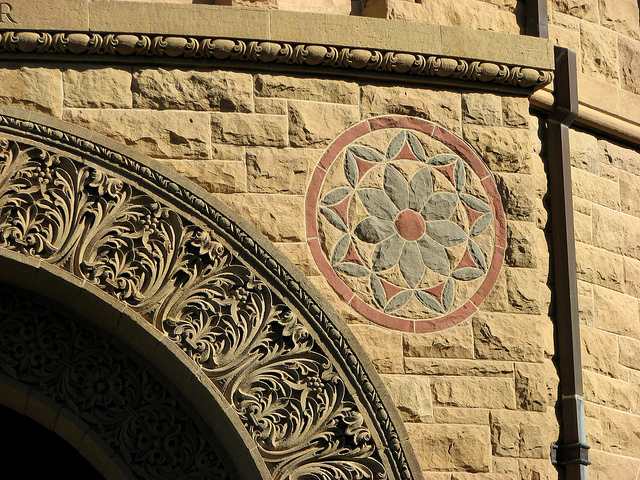 On March 4th, 2012, our Indonesia Mengglobal crew got a chance to sit down and talk to Dino Setiawan who was, at the time of the interview, enrolled in the Stanford Sloan Master’s Program. The Sloan Fellows program is a mid-career master’s degree in general management and leadership supported by a grant from the Alfred P. Sloan Foundation. It is targeted at experienced managers who have already demonstrated a significant degree of career success. Here is the transcription of the interview.

Can you tell us a little bit about yourself?

I served as a Vice President at Morgan Stanley in the Indonesian investment banking coverage team supporting M&A, capital markets, derivatives, and commodities transactions. My responsibilities included maintaining client relationships and origination support for new business, as well as leading local execution teams. I spent the last six years in Indonesia mainly focused on capital markets fund raising for a range of Indonesian corporates within the construction, property, retail, natural resources, and banking sectors. I also spent time privately advising for a mine mouth power plant development. Prior to my work in Indonesia, I spent the first six years of my career in Sydney, Australia as an interest rate derivatives product controller with Macquarie Bank, as a treasury risk analyst with Citibank, and as a relationship corporate banker with ANZ Bank.

Can you talk more about Stanford and the Sloan Program?

There are a lot of non-academic programs here that are exceptional. Maybe these are some of the things that people looking at Stanford might not realize. In this particular quarter, I am taking two non-academic programs. One is the Board Fellows Program where you join a board of a non-profit organization for around half a year or two quarters and they teach you about the industry. You also do a project for them. I am working for an organization focusing on microcredit and it is really something special. The second one is the low keynote communications program. It is like creating a TED talk. You take one topic and you go through the speech a number of times with the audiences. You have a professional coach (one-on-one) and you spend a lot of time on just one speech – one 15-minute speech. The techniques you learn in terms of how to give a presentation and the experience of working on one speech for such a long time – developing the speech and having multiple iterations of that speech – is something rare because at work you usually don’t have the time to spend that much effort on one speech.

Another thing that I heard of is that there is a very strong network for entrepreneurship and a very strong link to venture capitalists here at Stanford. I was a banker in Indonesia and I worked to get funding for businesses. What I found amazing is that I think this is one of the places in the world where an idea with no working prototype – just an idea – can actually get funding. This is the Silicon Valley magic. It is true that most of the time you do need a functioning prototype but I think this is one of the few places where if the idea is strong enough, people are willing to put serious money into it. The initial angel round of funding can be one to two million dollars just to have you develop that first prototype and I think that is what is powerful about Stanford. Venture capitalists come here because they know there are a lot of ideas coming out of this school and they want to tap into them.

Quite a few of the Sloan fellows also see the degree as an avenue to work in the US. This is because once you get an advanced degree it’s easier to get a working permit here.

Why did you decide to enroll in Stanford Sloan Master’s Program?

It was around January when I started looking for a graduate business school program and I wasn’t really into an MBA degree because I was already a Vice President at Morgan Stanley. Usually fresh MBA graduates come in at the associate level which is one rank below the VP’s. A lot of people told me that an MBA degree has no career value for me unless I want to change my career. So as I was searching the various sites, I came across this Sloan Program. It is at the Graduate School of Business but it focuses on people with ten or more years of experience. The length of the course is 10 months instead of 2 years for an MBA program. For me, two years out of the workforce is a bit too long – you tend to lose your contacts and you forego two years of income.

I was also looking into the MIT Sloan program but it was a purely administrative thing that the program had a hard cut-off. It was in November. They basically stopped their application then and any application after that was for the following year. Stanford was much more flexible. It was a rolling enrollment. This is perhaps a reflection of the difference in culture.

What is this difference in culture?

My boss who actually came from the business school here said that when you go to a Harvard orientation, everything is very organized and everybody is in suit. You have that very polished feel whereas when you come to Stanford, it is almost chaotic. I think it is a reflection of the culture. Here it is more about entrepreneurship, more emotion. It has a different type of energy. When you want to join a big corporation or a big bank, usually consulting or investment banking, Harvard is the road to take. Someone was telling me that in the East Coast, the elite schools tend to be elitist and they are not very inclusive of the outsiders. Here we have a stronger Asian network. In my Sloan class of 2012 alone, there are roughly 60% to 70% international students.

Why did you decide to go back to school?

One of the reasons why I want to do this graduate-school-style program is the instant access to a global network. I’ve worked in investment banking where I do work with the head office or other people in other offices but the network tends to be very Indonesian-centric. I will find it difficult to find a job that I do in Indonesia somewhere else. In Indonesia, you build your connections and your relationships all with the Indonesian corporate bests, whereas here you spend a year to build friendship, know different people, know what they do and know who they know. It may or may not be useful but it is just nice to have that international reach around the world. To be honest, as far as my particular career is concerned, if I want to continue in the banking industry I wouldn’t do this because there is not much value-add in terms of contacts and technical expertise. The managerial skills are useful but to spend an entire year on them is quite expensive, so this degree has a pretty good value only if you want to move into a new job. The Stanford Sloan Master’s degree will be a good credential for you to get a job with an international firm. Right now there is a huge pay discrepancy between the expats and the locals in Indonesia. You can be doing the same work and you can get paid four times less than the expats, so this expat job is quite lucrative. In a way a local can still get that pay scale if he gets that expat job because the expat job doesn’t have go to an expat. It just usually is because of the lack of talent in Indonesia. There is a real lack of professional English speaking skills at the level where you can use it for business and also to debate and argue at the head office level. The ability to talk the same language and to think in the same frameworks as a lot of the international counterparts is what is currently lacking in the Indonesian talentspace.

Where do the Sloan Fellows come from and what are their backgrounds?

It is very mixed – 67 people and 22 countries (for the Class of 2012). We have fellows from Russia, Georgia, Eastern Europe, Spain, UK, India, Singapore, Japan, Taiwan, and China. Just to give you a sense of the range of people, the person from China is one of the first employees of Baidu (the Google of China). I think he is employee number four. He was there building Baidu from zero. The one from Romania basically bought out an oil refinery. He was part of the buyout team and he was the CEO. We have someone from Pakistan who is an absolute whiz kid in programming. He is big on artificial intelligence, has won many prizes and he is a very good programmer. On the other extreme, we got a school principal. He was a math teacher, became a principal, and now he is in the program. The lady from Hong Kong is part of the government. She works with the Finance Ministry. One of the Americans is a special forces major. There are probably 3 or 4 bankers – private equity people – but it is a real mix. We have people from all industries, all walks of life, all geographic locations.

To conclude, can you summarize the benefits of the Stanford Sloan Program?

As far as benefits are concerned, I see Stanford degree primarily as an entry to an expat level job. It is highly respected and it puts you on a level playing field with all the other expats. As far as advancing yourself in an Indonesian corporation, I have a question mark about that because I’m not quite sure whether Indonesian corporations are willing to pay big dollars for such talent. I’m not sure the mindset is there yet. It depends. Some organizations do. The Rajawali Group can be one of them. They sent their people out to Harvard to get their MBA degrees. But there are more traditional family-owned organizations that are more old fashioned. They’re not going to pay big dollars, rightly so because they have management teams that have been there for 20 years that really know the Indonesian market. No Stanford graduate can come back and really understand the intricacies. Stanford graduates bring a different skillset. Maybe their organizational skills are better suited for more western-style companies as opposed to top-down family-style businesses. They may not fit in there in the first place.

Indonesia Mengglobal thanks Dino for sparing his time amidst his busy schedule to do an interview with our crew. We hope that all of you have benefited from Dino’s account of the Stanford Sloan Program.