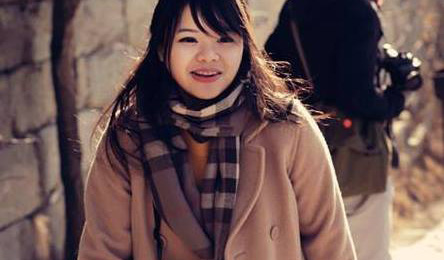 Choosing the right University out of hundreds of universities in the United States of America is quite perplexing at a juvenile age of high school students. I do not expect that many high school scholars know what they want to opt for as a career path at the age of 17 or 18, even if they say they do know. Choosing my major and where to go seemed like a never-ending research for me when I was in high school. While searching for universities, I stumbled across this magical Southern city of the United States of America which I visited when I was still in elementary school.

To begin with, while most of my friends went to the West Coast or to the East Coast, I decided to go to the South Coast for my undergraduate. Savannah was my chosen destiny – it is one of the few surviving colonial city plans in the United States, about 3 hours drive down from Atlanta, Georgia. Since the first time I visited this state at the age of 10, it influenced me to pursue my studies there in the breadth of natural and designed scenic beauty, the magical southern charm, which Savannah has.

This childhood memory was probably one of the major reason why I chose to go to Savannah, Georgia. Do not follow my steps, though! Choosing the right university that offers the programs you want and need is probably what you should think about first, followed by checking their reputation, the extra-curricular activities offered, the halls of residence, and the cost for your education. If you have the chance to visit the universities that you are interested in, keep in mind that visiting the locations on a holiday can be a very different experience than to actually live there as a student. Luckily for me, the place that I always wanted to go for my education, offered all that I wanted and needed. Savannah is the host of one of the best design universities in the States, which is the Savannah College of Art and Design. After deciding to study design at the Savannah College of Art and Design, and had chosen the city to spend at least the next four years of my life, came the time that I had to face with another big decision: “my major”.

Considering the culture of my own country –Indonesia-, most parents feel that their children should take on the same path, and carry their legacy through time, which is indeed the case as I was compelled to carry on my father’s business. Being the owner of a construction company, my parent persuaded me to major in a subject relevant to the business. With my parents’ expectations in mind, I chose to enroll in the Architecture program which did not take long for me to realize that I got on the wrong train for the journey of my life. Hence, I switched to the next closest major offered at the school, which was Interior Design. After spending only two quarters (6 months) studying architecture, it came to my sense that these two majors were the wrong educational path.

Finally, I learned the hard way not to give in merely to be what others expect you to be. Taking the time to properly explore your interests is crucial in deciding your major. I would recommend students to talk to many people who are in the industries that you are interested in, do a lot of research, and take a variety of classes that would expose you to new and different subjects. Talk to your faculty advisor who will be helpful in assisting you to decide the right major to take. As the licensed psychotherapist, Kristina Randle, Ph.D., LCSW said, “With regards to your parents, be honest with them about your concerns. Inform them that you want to take the necessary time to explore your options. It takes time to gather all of the information needed to choose the right major and career. Tell your parents that you take your academics seriously and appreciate their input. But when it comes to your major, they need to step back and trust you to do what you want to do.”

To summarize, choosing the right University is all about following your heart and passion, rather than jumping in opportunities given to you. Does one want to go against one’s own will? Perceptibly not in the beginning of a striking livelihood!