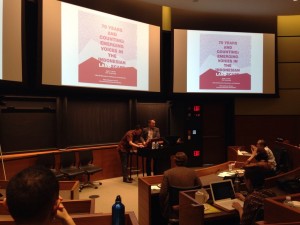 On Saturday, April 11th 2015, I travelled from Middletown to New Haven, both in Connecticut, to attend the 13th Northeastern Conference on Indonesia in Yale University. Along with some Indonesian students at Wesleyan, I attended the conference hoping to see and listen to the brilliant minds of Indonesian diaspora and Indonesian scholars.

While at lunch break, I had a conversation with co-chair Dira Tiarasari Fabrian, MA candidate in Global Affairs at Jackson Institute for Global Affairs, Yale University, about the preparation for the conference, including why the committee chose this theme. Ms. Fabrian stated that she and her partner, Valdy Oktafianza, Master of Advanced Management candidate from Yale School of Management, wanted to raise the issues of Indonesia that show the side rarely seen. “We have had enough people talking about (Indonesia’s) bad policy and not enough about the successful development programs like the one Pak Budy (Resosudarmo, head of the ANU’s Indonesia Project) has talked before,” she explained.

The conference was divided into three topic panels: issues of marginality, urban space and creative culture, and education and culture. I was most interested in the first topic, as the discussion of issues of marginality in Indonesia is a true rarity. A presentation for the first topic, presented by Zoë McLaughlin, talked about a different representation of Chinese Indonesian in literature. Ms. McLaughlin received Shansi Fellowship and Darmasiswa Scholarship, and has spent three years in Central Java. Her time spent in Central Java gave birth to her ambition to translate an Indonesian book to English. “Literature was probably the thing I should study, then,” she said when she recounted her journey that leads her to this dissertation. She did her research by dissecting “Kisah Sie Sie,” a short story by Tere Liye, an Indonesian author. In her research, she explored the representation of its main character, Sie Sie, as a Chinese Indonesian that defies the stereotype of the ethnic group that is widely believed in the society. 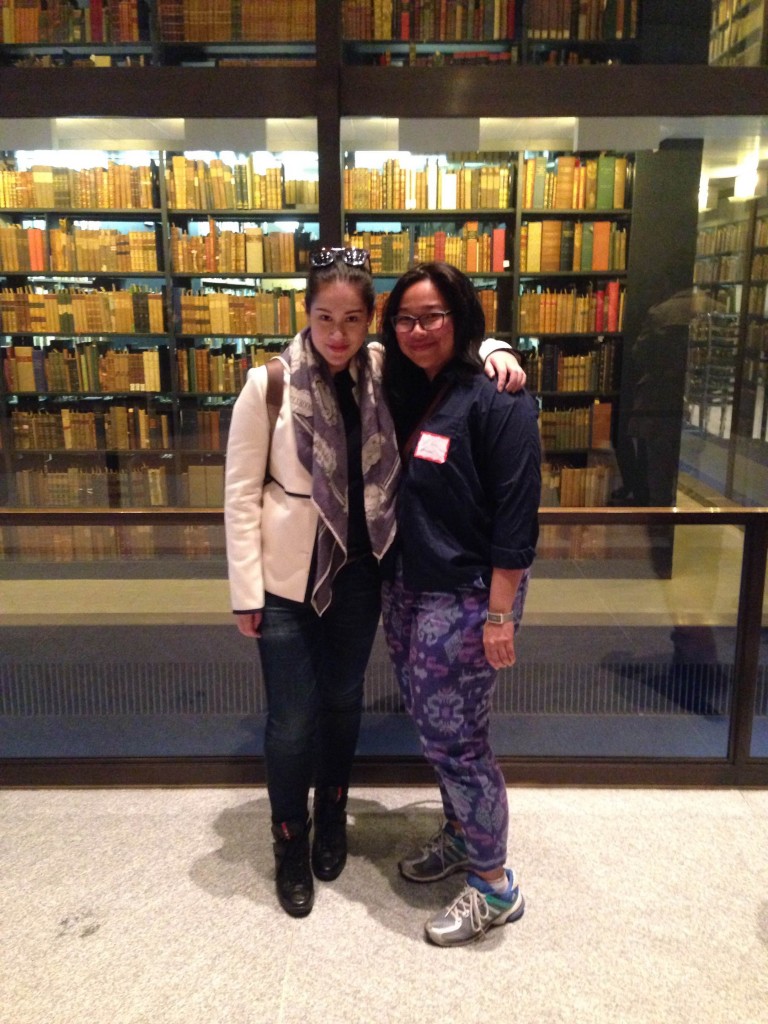 Author and the North America editor for Indonesia Mengglobal, Artricia Rasyid, on the conference day.

The highlight of the day for me was Professor Tom Boellstorff, an anthropology professor from University of California, Irvine. Professor Boellstorff has been researching the condition of Indonesian LGBT community since the early 1990s, making him the person to go to for the people who are interested in the field. His vast knowledge of not just the condition of Indonesian LGBT but also Indonesian culture resulted in him flawlessly delivered mind-blowing results and facts about the community most Indonesians failed to notice—or choose not to. His decades-long camaraderie with the community also made the reports personal, detailed, and engaging. The session was certainly one of the most enjoyable sessions for me as the audience was very engaged—intriguing and thought-provoking questions were asked, discussions were started, and suggestions for future research were given.

It was a shame that my friends and I had to head back to Wesleyan early that we missed the third panel. However, the drive back to Middletown was filled with conversation about the presentations and discussions we had during the day. I personally felt that the conference was more than just an event where I listened to some of Indonesia’s most brilliant brains. It was a place where I could connect with people who care about similar issues and see them from different perspective, hence are able to give a variety of solutions. I hope that the conference would continue to grow as a media for Indonesian diaspora and Indonesian scholars to explore the issues that are pertinent to the country.