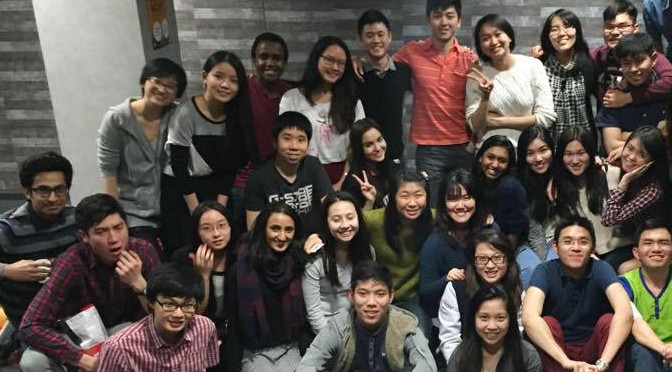 I’m currently a Master student in London School of Economics, endearingly known as LSE, majoring Accounting and Finance. Previously, I studied in Singapore Institute of Management (SIM), enrolling in the University of London under the same program as I am currently studying. So how do I end up in Singapore and London?

I badly wanted to enroll in an Accountancy course abroad, so Singapore was definitely one of my top places where I want to go to, as this would be my first time ever stepping out of Indonesia to live in a foreign country, I wanted to go somewhere close to home. To be honest, I went to SIM because I had to, I actually got into the examination stage of both National University of Singapore and Nanyang Technological University, but in the end I guess I didn’t cut it so I ended up taking an Accounting and Finance course in SIM. The course was actually under the UOL, when I received the certificate I actually was granted a bachelor degree under UOL, however the curriculum and the exams were set by LSE.

The exams in SIM are actually annual so the heavy studying was concentrated from February until May when the exams actually started. It was pretty much like an A-level for you who are familiar with the English examinations in Singapore, where students prepare the whole year courses for the final examinations, which determine their GPAs. There was no graded assignments or group projects done during my undergraduate, which was odd for a university in Singapore.

I wasn’t really active outside of my studies due to the intensity of preparations for the exams but I tried to be involved in the Indonesian communities during my studies in SIM, the first was InSIM’s (Indonesian Community in SIM) annual production, InSight, where I was part of the makeup and wardrobe team in the production and PPIS (Indonesian Students Committee in Singapore). I quite enjoyed it because I made lots of friends and it was a new experience for me, I really enjoyed the process and really learnt a lot through trials and errors. In PPIS I was part of the commerce committee and I didn’t learn a lot from it. Despite the initial plans that they discussed during the first few meetings, in the end very few of the events got executed. The events were poorly managed and executed as well, the members of the committee were required to help in the events only to deal with menial tasks and didn’t really learn a lot from the experiences.

Something quite unique about my experience as a student in SIM would be that I actually had a part-time job in Universal Studios Singapore as a cart attendant. It’s actually a sales position, what made it interesting was the customers whom you got to meet. For examples, once I had to serve an Indian family who begged to get discounts or cut queues and started to ask questions about prices and different items in the carts. I learnt how to be patient and how to work efficiently even with crowds during peak hours. On top of that, I met new friends through the part-time job whom still kept in contact with me even when I am currently in London.

LSE was definitely on top of my graduate-schools-I-want-to-be-in list, even when I applied to different UK schools. Basically what you need to prepare for the applications are: personal statement, reference letter and academic script. I think I got into the program because I was being true to myself and realistically portrayed my ambition. The admission process was definitely less complicated than the US and I was given a conditional offer in March. I actually didn’t expect the LSE offer because I was rejected by a few other UK universities which were not the Oxbridge so I was really grateful and elated when I found out about the announcement. A celebratory drink was then a must.

After the acceptance upon receiving my final grade and my bachelor degree, next up was visa processing. It took a week trip to Jakarta for interview and TBC checkup, only after two and a half weeks (because I paid for faster service) I finally got the visa. Accommodation was quite challenging at first because there were not really accommodations provided by the school for graduate students, most of them were for undergraduates. In the end, LSE offered to help by connecting me to Urbanest, which was the only alternative I was left with

I was really emotional when I was going to London, lots of things actually happened: left my retainers in Indonesia and was quite emotional because this would be the first time that I would be completely alone in a foreign country which was so far away from home. I was worried about almost everything, whether I would fit in, whether I would find friends and also about my studies in LSE.

Despite feeling lonely for a few first months, I managed to find friends here in London. I became quite active in AIESEC, an international youth organization in LSE and gained a few friends from there. I am currently involved in the Global Community Development Program where I am in charge of several people who are going abroad to do social work under AIESEC in different countries. I actually did a small solo travelling in London and explored the city, which allowed me to get to know the city better and subsequently settled in better. I got over my homesickness and finally was able to enjoy my stay here in London and I am looking forward to experience more things until my graduation this summer.

My greatest giveaway from my London trip was I discovered my own strength: I came to realize that I was really resilient and being alone was not necessarily a bad thing. I became more open to new experiences, especially meeting new people and trying things I never experience before. I felt that I became more realistic about my views of the world; I became more aware that it’s very hard to please everyone and it’s best to be yourself. I really feel that deciding to go to study abroad in Singapore and London made me find myself.

Photos are courtesy of the author.