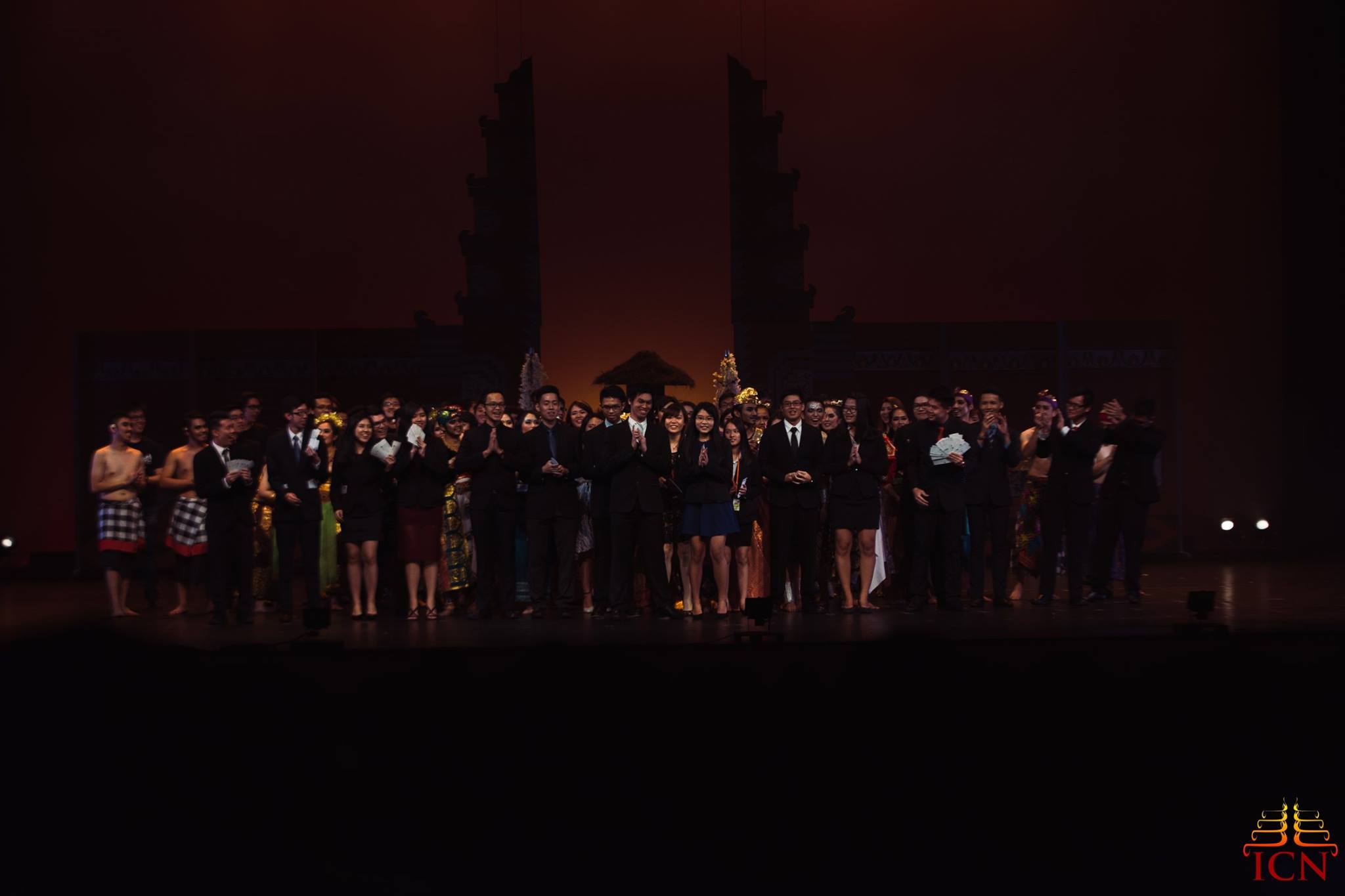 Being a committee of a cultural production – what is it all about? Read more to find out how is it like to be one.

There’s a saying that people don’t appreciate what they have until it’s gone, including our rich Indonesian culture. In Indonesia, people don’t usually get to talk about Indonesian culture, even though foreigners are deeply keen to learn on it. However, outside Indonesia there are quite a lot of ISAs (Indonesian students’ associations) that make their own cultural performances, including PINTU (Pelajar Indonesia NTU) as the ISA in NTU (Singapore). In this article, I would like to share with you more about being a committee member in cultural performances, especially from the perspective of some committee members of ICN (Indonesian Cultural Night; PINTU’s annual cultural production) Cultural Production 2016, which was held on 12 September in Singapore and with story adapted from a Balinese folklore. Read more below!

What is the show about? Watch the trailer first.

An electrical engineer in the making, an undergraduate researcher, and an actor as well, Adi definitely has it all. He had the opportunity to act in the show as Prayitanu in the show, depicted as a fatherly man who was very loyal to the king up to a point when the king asked to kill Prayitanu’s trusted man. Being one of the main actors in the show, he had the opportunity to understand this show very well from the inside. 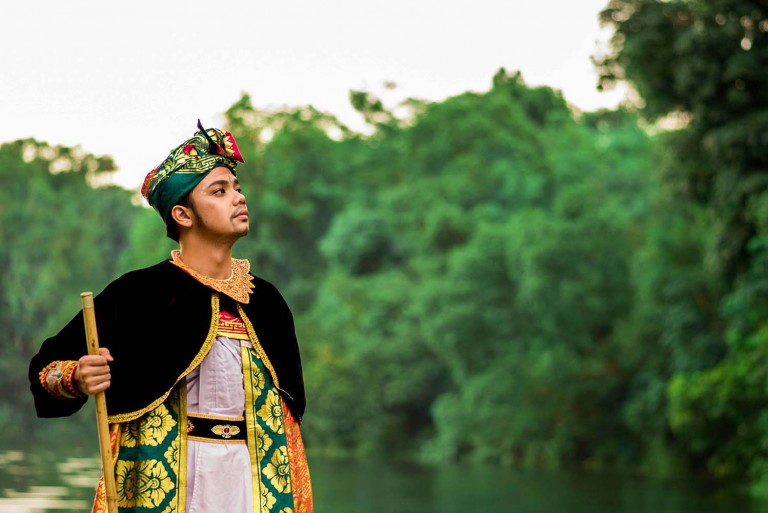 Being a to-be engineer is tough, but how about topping it with senior positions on various organizations? While Tania is pursuing her chemical engineering degree, she also has the opportunity to be actively involved in various activities such as being the secretary of her faculty’s student union and the public relations head at PINTU. Before her tenure in those positions, she also joined ICN Cultural Production 2016 committee as Corporate Liaison Director together with Ms. Nadia Nathanael. 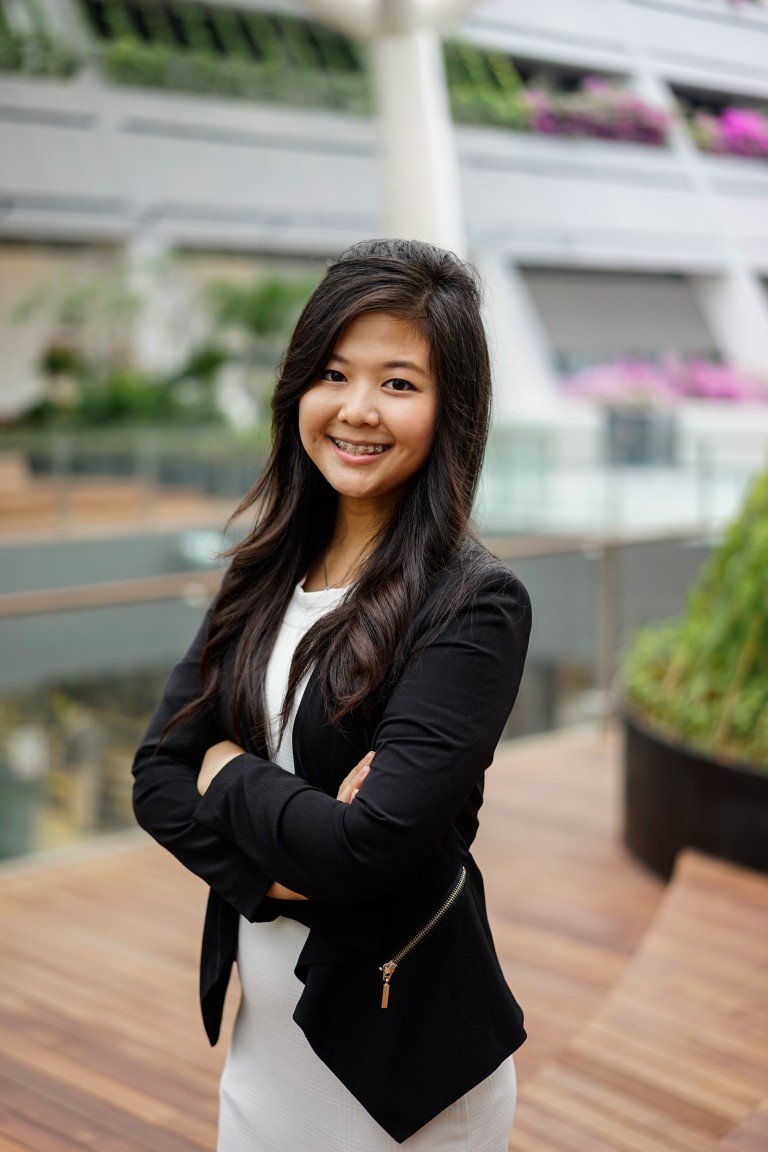 Hear from them – how is it like to be in a cultural performance committee?

Cultural production involves a lot of people from different divisions working together, though it can be said that there are 3 big divisions in any decent-sized cultural performance committee: artistic, production, and external affairs. A lot of us may have the notion that only the artistic team matters, but in fact all roles matter. Deprive the committee of funding, and all you’ve got is a small production. Thinking of letting the actors seek their own dinner during rehearsals? You’ll get very long rehearsal (thanks to the long meal break) which aren’t that effective for all involved, fatigued artistic team members included.

As one of the 7 main actors, Adi had the opportunity to play a character in ICN, which he described as like entering the soul of the role. Being an actor in a cultural production doesn’t only mean acting, which is why he also got to learn about singing and, guess what, dancing. He also told that besides imagining the role, he also needed to imagine the stage as well as if it’s the real setting.

In the external affairs, Tania as the Corporate Liaison (CL) director within external affairs didn’t build relationship with any character in the production. Instead, she built relationships with companies for sponsorship, which started from researching suitable companies, contacting them, all the way to discussing our sponsorship offers to them (quite a lot of the discussions are face to face, which make them even more interesting). On top of those works, as a director she also bonded the CL committee in various ways such as creating business challenges.

A journey worth enduring

While the results matter for the end user, for the committee the process matter more. Since the main purpose of joining a cultural production committee is to learn, the process leading to the event itself is so valuable that even Adi noted that “… it’s a shame not to come (for the practice sessions),” especially since he got the chance to learn new things on different sessions. Tania also mentioned that she found it interesting to have the committee are preparing intensively for the event as well as to see them learn at the same time.

At the same time, working towards the event also has its own challenges. Adi said that witnessing some funny things while not laughing is a challenge (shall we say that’s one of the jobs of being an actor?) Being an actor, according to him, also took quite a bit of time due to the preparation to the point he had to miss one of his favourite weekly activities. In the CL committee, Tania also found that the challenges faced by the CL committee (me included) when seeking sponsorships may have made some of us slightly demotivated over time. A waning interest is a pretty normal, though less than expected, thing, especially when your requests get continuously thrown away to different people in the targeted company, or even thrown away to trash.

Facing a lot tasks at hand, some of them even very new to them, has made ICN committee members able to learn a lot during their tenure. Take Tania, who had been in director-level position in ICN for the first time despite having several other senior positions elsewhere. She said that the nature of the works at CL has made her realize the need to adapt with others as well as to communicate. Understanding that our study prevails over co-curricular activities is also important as sometimes some of us may be very busy at times and therefore may change out working patterns as well as may lose track of the tasks we have.

Message to future committee members – what are we looking for?

Being a committee member in a cultural performance is surely rewarding, but what does it take? First (and most important), be willing to dedicate your time and capabilities. As easy as it sounds, Adi said that his practices could be hectic at times, which makes dedication so important to the point that he jokingly said of it as “berani mati”. Tania also emphasized the different kinds of skill sets needed for each division. She said that people who are interested to join the artistic team, which includes dancers and musicians, need to have prior exposure to the roles they are applying since the preparation time is too short to learn from scratch. She even remarked, “Imagine someone applying to be a musician but still unable to read music notes: how would that be?” Organizational, relationship, and communication skills are important for those applying for roles in production or external affairs, although specifically to apply for a role in CL the latter is the most important.

How about you yourself? – My personal take of being a committee member

I served in the committee in Corporate Liaison team (under Tania), which main task is to provide non-ticketing revenues for the event. Since the ticket revenue accounts for only around one third of the actual budget, we are the one in charge of covering the rest. From pitching to companies and foundations, having our own business challenges, all the way to making exam wishes, we got to learn a lot about how to secure funding for the show. They’re definitely not the easier tasks (fainting before calling companies included), but the happiness of being able to join the cause is simply worth all the effort. Therefore, as Adi have said in the interview I think those who are dedicated are welcome to join in these kinds of committee. Bonus: Have a look at the committee members in my division (pardon my bad hair day 😂):

From the views of some of us who’ve been in the committee, making a cultural performance, while some of you may thought of before as simple, is something that requires a lot of effort. From filling hundreds (or even thousands) of seats in the venue, tirelessly practicing, all the way to finding suitable sponsors, none of them would be possible without the dedication of all the committee members. However, some people have said, “No pain, no gain,” and this can relate to being a committee member in a cultural production as well. Interested to learn a lot and willing to dedicate yourself? Find the cultural performance committee by your ISA (chances are there should be one) and join it!

All photos are taken by ICN Cultural Production committee and are used with permission. 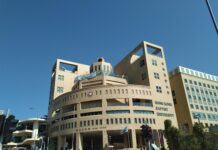