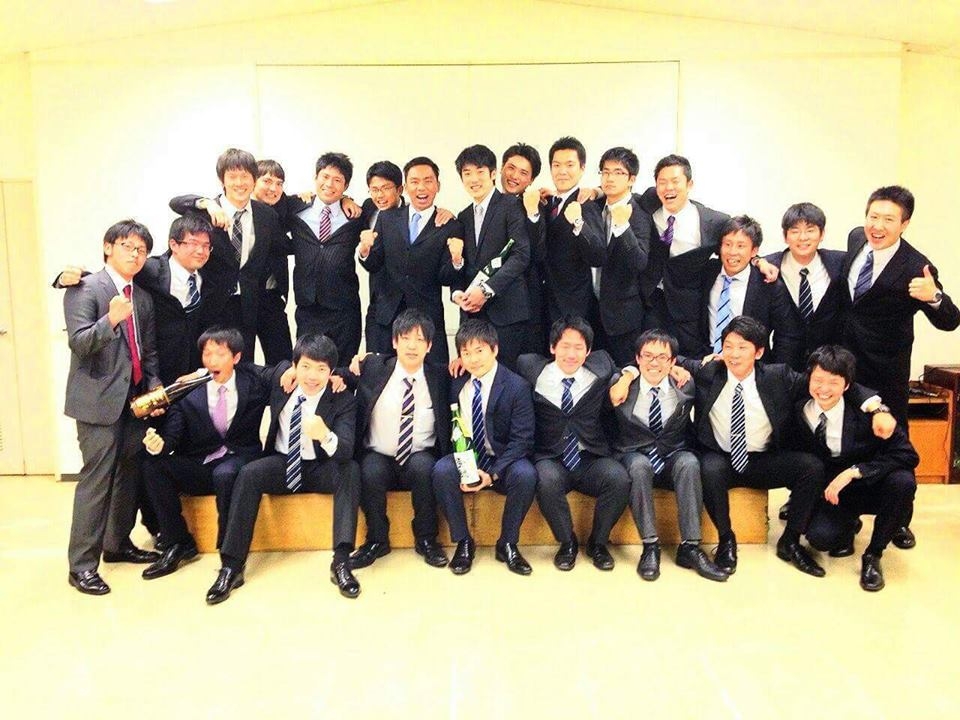 Some of you might be interested in working overseas. While such a career might ensure a high income, it also comes with many challenges. One alumnus from a local university has overcome these challenges, proving that he can survive and thrive pursuing a career with Idemitsu Kosan Co.Ltd, one of the major energy companies in Japan. Here Arya is pleased to share his experiences in the Land of the Rising Sun.

Japan is a leading country in technology and innovation with sublime civilization and captivating cultures. Nevertheless, natural resources seem to be lack in this country. For decades, Japan has been depending on oil supply from the Middle East and after tsunami 2011, oil, gas, and coal roughly comprise 40%, 25%, and 25% respectively as its main energy sources since the government deactivated several nuclear power plants.

Idemitsu Kosan Co.,Ltd.  is one of the major energy companies in Japan. With its 4 refineries, 18 oil depots, and 44 global offices, Idemitsu plays an important role in providing stable energy supply to propel Japan’s economy.

Becoming a Part of the Company – Selection Process

I first knew about this company through Facebook. Global staff recruitment was posted on the social media in the form of business contest, known as Asian Job Express (AJE), held by a Japanese recruiting company with major Japanese companies as its sponsors; Idemitsu Kosan, Ryouhin Keikaku (MUJI), and AEON. The link is as below:

Participant should only select one company to submit a report. I chose Idemitsu after studying its company profile as I thought energy business would provide non-ending demand and should last long.  It was October 2012 when I submitted my report as preliminary requirement for the interview held the following month. My report discussed about providing equal energy opportunities in remote Indonesian areas. Two weeks after the report submission, a member of AJE committees called me uttering that I received the green card for the interview.

The interview, held in English, was more profound than what I expected. A Japanese career lady bombarded me with questions, not only about myself and what I would like to accomplish in the future, but also about the possible risks and applicable solutions if, sometime in the future, Idemitsu assists Indonesia in providing better fuel logistics. Well, I did predict those questions would appear, but still, I was in cold sweat and got pins and needles. The lady did not tell if I was qualified for the next round. Instead, she asked me if I could fix my report a little bit in some parts and send it back to her in a week. I said, “Sure I will”. Fingers crossed, and I left the interview room after a thirty-minute (perhaps more) exhausting repetitious “attack and tackle” conversation.

About a month later, I received a call from an unfamiliar number. It was the AJE staff again. My report got second place in the national level (hundreds of applicants targeted this company), and congratulated me for winning a ticket to Tokyo with 2 other persons, one was from UI, and the other was from ITB, while I represented UGM.

AJE was not only carried out in Indonesia. It was also held in other 5 Asian countries concurrently (Japan, China, Hong Kong, Singapore, Vietnam). Each company provided three tickets for Tokyo round for each country. As there were 3 participating companies, each country had 9 tickets quota. Of course, all accommodation including meals and allowances was provided by the AJE committees.

However, AJE was merely the commencement, not the final. Everything started there. During the event, we were divided into several groups, not based on country of origin, and were given a task to design a business model for Idemitsu and to present it in front of board of management. It was a privilege for me to lead an amazing team consisting of tremendous students from the other five countries. Each of us had different background of studies, but we managed to utilize our respective specialty to devise a business model and its financial plan. We competed again against other teams. We passed individual interview, we handed in our presentation file on time, and we practiced countless times to be able to present in less than 15 minutes. And, yes, we came up with triumph. We became the winner.

But again, becoming the winner in AJE did not mean you could effortlessly sneak out the ladder of tough recruitment process of a leading Japanese company. Two weeks upon arrival back to Indonesia, I received a call from Tokyo saying that Idemitsu HRD (Human Resources Department) was keen to know more about me and asked if I was interested to join the company. I should not miss the chance, thus I said I would love to apply for a position, and several days later, I found out myself in a hurly-burly situation dealing with new reports to submit and I had to pass an internet-based test SPI (Synthetic Personality Inventory) or recruitment aptitude test consisting of Japanese language proficiency, math, and critical thinking. Passing all those tests, I had my next interview in Idemitsu’s office in Plaza Office Tower, Jakarta. And for the final interview, I flew again back to Tokyo with all expenses borne by the company.

In the Land of the Rising Sun

Becoming a part of a Japanese company, you will not find yourself sitting on a comfy couch while scrolling your personal laptop and slurping grande caramel latte with extra cream and cinnamon. Japanese corporates are renowned for their professionalism and work ethics. Wearing a perfectly tailored suit is not an extraordinary thing here. Every single man dresses in a suit and tie. Suit becomes the “uniform” of grown up adults.   Nevertheless, still, you also need to possess your own work clothes.

There is a prominent word Japanese always say; 現場 (genba – site, field, place you do all those fatigue duties). Comprehending how genba works is one of success keys in Japanese business world. So, what is genba ? For oil company, genba refers to gasoline station, oil refineries, oil depots, or factories.

Oil industry is not merely about gasoline or diesel fuel. It is a huge business. Crude oil can be processed into various kinds of products; naphtha, heavy gas oil, lubricant oil, petrochemical products, and many other.  Our company have several subsidiaries of which each subsidiary is specialized in selling certain products. It is very common to see first-year newbies in big Japanese companies posted in branch offices or subsidiaries to engage more with the genba.

In the factories, (genba) we can see how oil (fuel or lubricant) is used. We become aware of the storage tank, fuel filler neck, and how the factory manager supervises daily fuel usage. We learn the machines’ (boiler) performance and problem solving when encountering problems as high temperature of emission gas or the appearing of sooth. Meanwhile, in the gas station (genba), we learn how to operate the gasoline meter machine, how to manage cash flow, and how to maintain cleanliness and attractiveness of the station.

Our company has 22 sales and 7 marketing offices to handle domestic sales. “Sales” and “marketing” might have different signification depending on what the company is focused in. In Idemitsu, “sales” refers to automobile fuel (gasoline, home-kerosene, and diesel fuel), while “marketing” focuses in industrial fuel.  I am currently becoming a part of a team specialized in industrial fuel (kerosene, industrial diesel fuel, and heavy oil), also known as middle distillates, and my team serves Kanto Koushinetsu Area (Tokyo and the surrounding 10 prefectures – Chiba, Ibaraki, Saitama, Kanagawa, Shizuoka, Yamanashi, Gunma, Tochigi, Nagano, Niigata).

In order to assure safe and stable fuel provision in the area, Idemitsu cooperates with local or national trading companies that act as distributors, and each distributor has its own customers, mostly companies or enterprises that own factories which require fuel to generate machines, burners, and boilers.

My job description is divided into four categories.

Acting as Idemitsu’s sales representative is the very fundamental job all sales and marketing staff must perform. We do not only maintain good relationship with the distributors, but we also possess right to determine price. Logistics and transport costs bear significant reason why price paid by certain customer is different from other customers. When a customer demands a big “lot” (a “lot” refers to lorry capacity to carry fuel; 12KL (kiloliter), 14KL, 18KL, etc.) of fuel with relatively close distance, the price tends to be lower as we can optimize lorry (fuel hauling truck) capacity and cut the operation time.

Sales representative also has noteworthy task to assist distributors in sales promotion to achieve their goals. Distributors’ sales profit progress is paramount, as when they flourish, we will be also turn robust. Sales representative will also be in the front line when troubles regarding fuel transport (in this case, we cooperate with Logistics Department) or engine failure occurs due to oil contamination. Once, I had to fly to Monbetsu, a small town in the north of Hokkaido facing straight to Okhotsk Sea, to assure smooth logistics procedures and delivery of a specific fuel required by the customer. It was June (summer), but the temperature in the north was not more than 12℃.

However, things are not always as laying on the bed of roses. Negotiations with distributors are the most arduous and delicate job every sales representative must cope with; especially when it comes to price talk. Given that Japan’s high rate of dependence on imported crude oil, energy business in this country feels more like social responsibility rather than highly profitable business. All forms of energy are meant to sustain the economy and support daily life. Consequently, Japanese oil companies are not as affluent as their American or European peers.  Of course, shrinking population and oil demand which are not followed by lessening of oil trade players also contribute to tougher Japanese oil market. 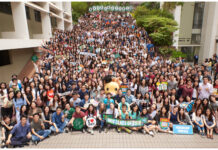