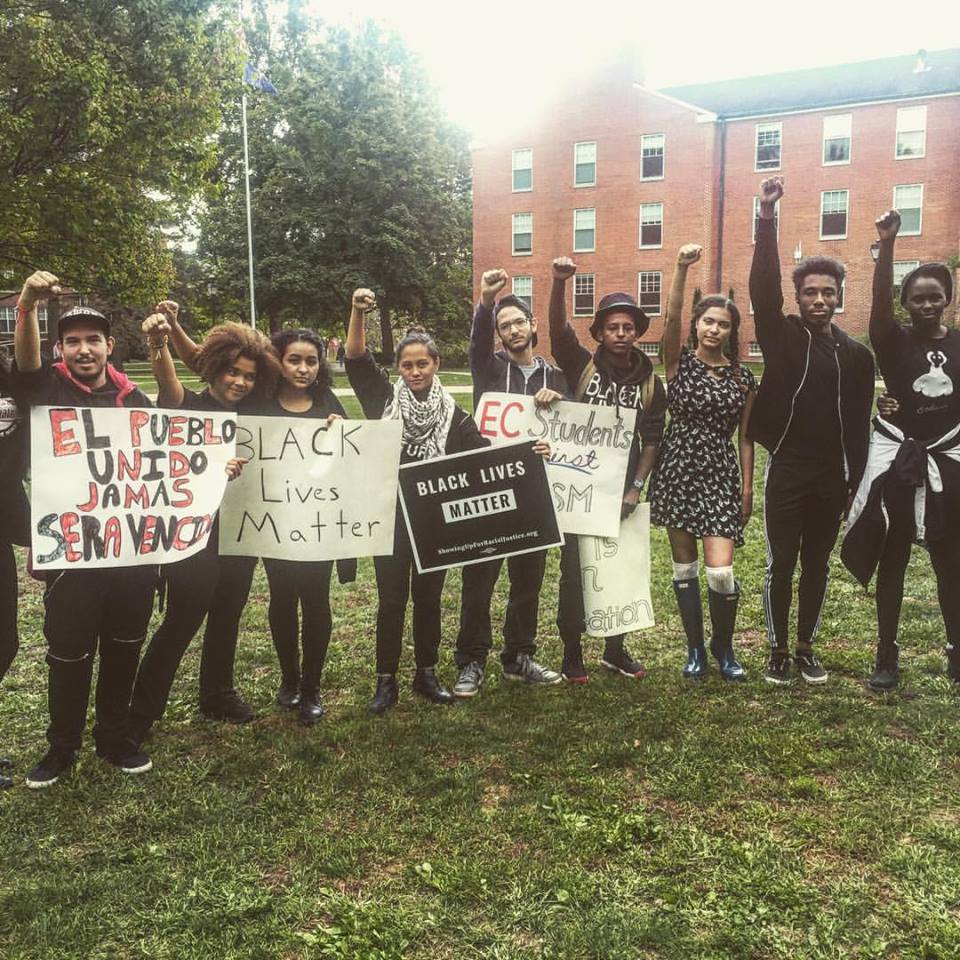 April 21st is celebrated as Hari Ibu Kita Kartini in Indonesia. Although it has been more than a century from her time, the spirit carries on. One example is from our contributor who decided her major in Women, Gender and Sexuality Studies after being inspired by Ibu Kartini.

Writing about Raden Adjeng Kartini feels like returning home. For those of you who may wonder why, let me tell you a little story about myself, and how Kartini becomes a central role model to me, in this far-away land of the free. I came from the largest archipelago nation in the world, Indonesia. My father was born in West Java, to a family of Sundanese and Javanese heritage. Meanwhile, my mother comes from a mixed Acehnese and Arab family in Northern Sumatra. Our diverse family has brought an interesting cultural perspective into my life, specifically, in relations to my position as a woman. As traditional Muslims, my parents utilize their spiritual belief to encourage my sibling and I to respect our identity as a woman, where they emphasize honor, piety, and humility. These aforementioned values, that shape familial honor in my culture, makes it complicated for a person, especially for a woman, to subvert against traditional roles due to the prevailing Islamic collectivism in Indonesia.

The Identity and Values that Inspire My Major

As an early feminist in Indonesia, Kartini proves that a woman is capable of breaking cultural, colonial, and submissive gender roles. Kartini, who was born to a noble family in Central Java, opens the first Indonesian school for native girls, who were unable to pursue an education under the Dutch colonial system. The existence of this school relies on Kartini’s demand for the emancipation of Javanese and native Indonesian women. Through her courage, Kartini becomes one of the first women in the Indonesian history to achieve success in expanding a greater mobility for native women, and in building a feminist-oriented movement for equality. Because of Kartini’s efforts, my life has changed as a woman. I have never been prouder of my identity as a Muslim Indonesian woman, who challenges my expectation by pursuing a Women, Gender, and Sexuality Studies degree abroad, and who is fueled to subvert the tyranny of Western colonial project. I am nothing but a part of Kartini’s feminist legacy.

As we all know, Kartini lived during the colonial period, which does seem a bit long ago. She was born in 1879 in Mayong, Indonesia, and passed away in 1904, a year after she established the first girl school in Indonesia. Despite Kartini’s early involvement in the feminist cause, Kartini’s tireless effort to bring gender equality, and to break the Dutch colonial patriarchal system, carries on in the contemporary Indonesian society. Throughout her work, Kartini asserts that native women will always be the foundation to her society, demonstrating the power native women hold, despite their discriminated experience. Within this consciousness, Kartini ensures other Indonesian women that their fight for equality and emancipation will be an endless and timeless journey.

We can view this bold message in many of her published work.  Habis Gelap Terbitlah Terang (Out of Dark Comes Light), a book that showcases Kartini’s letters in 1911, is acclaimed as one of the most crucial feminist writings in Indonesia. A quote from this book that resonates with me is, “there are no clouds in the sky that remain forever. It is rather impossible for the bright weather to exist forever. After the dark, morning comes with a beauty. Human life works similarly to this nature” (R.A. Kartini, 1911). As a young Indonesian woman, I view this quote as a tremendously powerful message because it speaks of transformation and formulates a vision for a better day. Even though Kartini primarily speaks against the constraints that young women face during the colonial period, such as being forced to marry at an early age and being denied the freedom to education, her message echoes as an eternal vision for change.

Reflection of Kartini’s Vision in My Experiences Abroad

Yes, you may wonder why I bother to pursue a degree in Women, Gender, and Sexuality Studies. What good can I bring to Indonesia, or rather, to myself, by spending four years in an American college to educate myself about equality and rights for women and other marginalized groups? When I started college, I instantly fell in love with a major called Human Development and Social Relations. Although, throughout my first and second year, I began taking courses in Women and Gender Studies as I felt a deep connection with our materials and focus. I realized that I wanted to understand what feminism meant, what women’s personal narratives can create, as well as what values I can bring into my classrooms as an Indonesian woman. Women’s Studies courses have exposed me to concepts of women’s liberation that I had never encountered before, and pushed me to understand effects of inequality for marginalized communities. This major has led me to discover that my passion within and outside of academia, lies upon the advocacy of justice and rights.

Through my experience as a Women, Gender, and Sexuality Studies major, I have pursued various extracurricular projects that have brought me closer to other brilliant and inspirational thinkers on campus. For instance, I became a part of the Earlham College Students Against Racism committee, where we planned demonstrations, forums, and direct communication with school faculty to discuss the effects of racial injustice in the United States, as experienced by our student body. I was also a part of an all women funk band called the MUTHAFUNKS during my sophomore year. This band was a creative project that aims to create visibility for women musicians, whose powerful talent often get overlooked in the male-dominated music industry. In addition, I received an opportunity to take a Women’s Studies course when I studied abroad in Amman, Jordan. There, I took a course that was led by the founder of the first Gender Studies department in the University of Jordan, who has conducted actions surrounding gender and sexuality in the Middle East.

These experiences demonstrate the way Women, Gender, and Sexuality Studies has expanded my way of thinking and my understanding of prejudice and discrimination. This major has influenced almost the entirety of my academic and non-academic experiences in college. For my Human Development final requirement, I conducted a presentation called “Western Feminism, Culture, and, Freedom: Should Muslim Women be Rescued?”. This presentation encapsulates implications of Western feminism and how it constructs an inherent oppressive image of Muslim women, which I find culturally invalidating. While for my final Women, Gender, and Sexuality Studies thesis, I am writing a thesis called “Unsettling the Colonial: How Identity Politics Strengthen Native American’s Progress Towards Self-Determination”. In this thesis, I examine indigenous people’s struggle for existence in the United States, and discuss the role of Native American women in conducting frameworks of justice. Overall, Women, Gender, and Sexuality Studies has broadened my perspectives of power and has motivated me to keep advocating for marginalized people’s identities, as I strive to work for the liberation of women and other discriminated communities in Indonesia.

Today, Kartini’s eagerness to reclaim her power has constructed a greater imagination for Indonesian women. Freedom means liberating our bodies from the exploitation imposed by imperial multinational businesses, increasing our capacity to break free from our patriarchal roles, defending our marginalized sisters and brothers from the rise of political and religious fundamentalism, and subverting our images as voiceless. As Kartini always mentions, an ideal education for a young woman can only be done through empowerment. This empowerment entails a collective movement, rather than an individualistic project for our mere self-interests. Kartini builds her strength through community as she involves many voices in her movement. Kartini reaches out to the Dutch officials, native Indonesian women, her family and husband, and other Indonesian political figures to explore her possibility for change and equality. As a privileged woman, Kartini uses her authority to mobilize all native women by breaking barriers of class and gender. Her actions are not solely intended to break the Dutch systems of oppression, Kartini’s actions also disrupt Javanese patriarchal system, which she finds exploitative and limiting for women. Kartini’s encompassing mission is more than a feminist battle, she is undoubtedly a hero for humanitarian justice, spiritual harmony, and native people’s existence under colonialism.

As an Indonesian woman, I believe in the power of empowerment to form justice, as expressed by Kartini. It is about time for women in Indonesia to embrace their rights and subvert their persisting colonial influence under patriarchy. Hari Ibu Kartini (Mother Kartini Day) should be used as a platform for women, from all across the corner in Indonesia, to speak against domestic abuse, religious constraints, labor exploitation, and gender inequality. We can start slowly, and grow larger as a collective power.

On this meaningful day, I would like to think about my sisters and brothers who do not have an accessibility to education, who are trapped in a system of oppression, who are deemed invisible because of their identity. Today, Kartini leads me home. A home that provides rooms for the silenced to light up, a home that centers people who struggle inside cultural norms, and finally, a home that allows Indonesian women to cultivate power, beautifully and holistically.