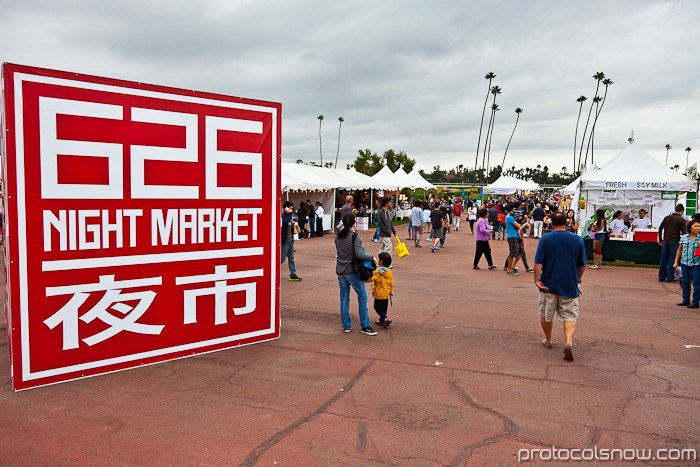 Editor’s Note: Stories and perspectives are the results of various events that happened in different upbringings, which eventually shape one’s life. This time, Indonesia Mengglobal gets to share perspectives of how being an Indonesian who was born and raised in America could also be as challenging as ‘being abroad’ when it comes to choosing and progressing in the university…

Since East Los Angeles has a plethora of Asian immigrants, most of my friends, including myself, are first-generation Americans. We were the first to navigate how to hold onto the culture our parents grew up with while embracing American norms. My mom and dad were born and raised in Indonesia and they immigrated to the United States in the late 1980s. When they settled down in San Gabriel, CA, the area had few Asians but within a few decades it would become the center of one of the strongest Asian communities in the United States.

Coming from an Indonesian-Chinese family, I didn’t meet many people who shared a similar background to me; I didn’t find anybody who could relate to my childhood and experiences until I went to college. I still remember being confused about my identity as a kid because I wanted to identify the Chinese from the Indonesian, but as I grew up I stopped trying to find a distinct boundary and simply enjoyed the two cultures. Before I knew it, high school was coming to an end so it was time to start thinking about college and life away from home.

In the United States, juniors (third year in a four-year American high school system –first year, sophomore, junior, senior) in high school begin considering colleges so they can apply next year as seniors. During this process, students tend to think about multiple factors: public or private, in-state or out-of-state, large or small.

Once junior year came to an end, I started looking and applying to colleges. As the youngest of four, my parents formed expectations for me based on my older siblings. Since all of them attended either UCLA or UC Berkeley, my parents expected me to follow their footsteps by attending one of the UCs. Thus, I assumed I’d go to a UC so I barely considered private or out-of-state universities. This all changed when I received an unexpected opportunity.

Posse Foundation and How I Ended at Bucknell University

After volunteering at the hospital for two years, my director told me about the Posse Foundation and asked if I wanted to partake in a process that could provide me with a four-year, full-tuition scholarship. As a rising senior, I knew I would go to the college that could offer me the most financial aid so this was a chance I couldn’t pass up.

The Posse Foundation is a non-profit organization that identifies, recruits, and trains student leaders from public high schools to form multicultural groups known as “Posses” who attend the same university together. The goal of the Posse Foundation is to give high schoolers, who tend to be overlooked in the college application process, the chance to attend college and graduate. To achieve this, Posse has chapters in 10 cities across the United States and any senior in those respective cities are eligible for the scholarship, as long as they have demonstrated leadership and academic potential. In Los Angeles, most of the partner schools are small, liberal arts universities on the East Coast. At the end of the process, I was awarded a scholarship to Bucknell University; it was time to say goodbye to the city I loved so much.

Bucknell University is a small liberal arts university with about 3,500 students on its campus. Located in rural Lewisburg, Pennsylvania, Bucknell is about three hours away from major cities such as Philadelphia, D.C., Baltimore, and New York City. As a liberal arts university, Bucknell aims to produce well-rounded students by having all students, regardless of their major, take classes in a variety of subjects to develop critical thinking skills. For instance, although I’m an Accounting and Financial Management major, I still take classes that satisfy requirements in the humanities, math, and sciences. Bucknell is also unique since not many liberal arts universities have a College of Engineering and College of Management.

Being in the East Coast

When I first got the scholarship, I was excited to be in a new location. Yet, as my flight got closer, I became more anxious and nervous. I started worrying about the weather and I was afraid of going to a school that regularly received snow in the winter. I was also scared of being unable to make new friends and not fitting in because I knew there would be differences between the West and East coasts. In general, I feared disliking everything at Bucknell because I never had the chance to visit campus so I didn’t know much more about the school than what I could find online. I have never been away from home for such long periods of time so I was unprepared to be more than 2,500 miles away; I didn’t realize how much I would miss Los Angeles and how I would only be able to go home twice a year for a few weeks at a time.

In Being Independent and Finding My Own Identity

The inability to go home often forced me to become independent and take care of myself; nobody was there to cook dinner for me, remind me to sleep, or tell me what to do. So the first lesson I learned was about time management. Since my schedule was much looser at Bucknell, I needed to block off times to do specific activities such as study, go to the gym, relax, do homework, etc. Learning how to manage my time efficiently allowed me to become more self-sufficient and understand what my body needed to function properly.

As a first-year, I was excited to meet new people and I wanted to be everybody’s friend; yet, I quickly realized this wasn’t a great plan. I tend to be more introverted which is why long interactions with people can make me tired and mentally exhausted. Rather than listening to my body and putting my needs first, I wanted to be the person everybody could rely on. It was a challenge to learn how to put myself first before other people and this is something I still struggle with at college. Surrounding myself with positive people is something that is helping me overcome this challenge. Before, there were some friends I had who were constantly negative which naturally dampened my mood and happiness. Starting to think about myself and what I needed allowed me to find positive friends in my life who I genuinely enjoy being around. Most importantly, I’ve stayed true to myself and my roots for the past two years at Bucknell. Since Bucknell is a predominately Caucasian university, it can be easy to get caught up in the status quo and hide my differences to fit in. Attending college has only made me more proud of my identity and where I’m from.

Pursuing higher education is not easy and it shouldn’t be; it’s a challenge with many rewards. Despite all the lessons I’ve learned at Bucknell, the best piece of advice I can offer is take it one day at a time. Planning ahead and making a schedule is a great way to stay organized, but planning too far ahead in advance can be nerve-wrecking and anxiety-inducing. It’s okay to take a break from the big picture and make daily schedules just to get through the day. Fully embrace the experience. There will be highs and lows of every person’s college career and these experiences cause growth. I never would have pictured myself at Bucknell, but I’ve found ways to feel at home and it’s been an enjoyable experience. Yes, I’ve had my fair share of low points, but Bucknell has pushed me outside of my comfort zone which allowed me to grow as a person.

I know how it feels to leave behind everything to pursue something greater. It’s only 2,500 miles away from Los Angeles, but leaving home never gets easier so I can only imagine how difficult it was for my parents to immigrate to the United States when they knew nobody in this country. Being raised in an Indonesian-Chinese family in the United States has taught me to appreciate everything my parents have done for me and to take advantage of all the opportunities I have simply by being an American citizen.

I’ve been taught that nothing comes easy in life and if I want to live comfortably, I will need to work hard to make that happen. When homesickness becomes so overwhelming to the point where I don’t think I can stay at Bucknell any longer, I think about my parents and everything they needed to overcome to be where they are today. Nobody said college was easy and I never expected it to be. It may sound harsh, but my parents taught me to see things through until the end, even if you’re not happy during the process because eventually it’ll be worth it. The culture I grew up in has taught me how to be resilient and persistent in the face of adversity, which enables me to thrive at Bucknell.