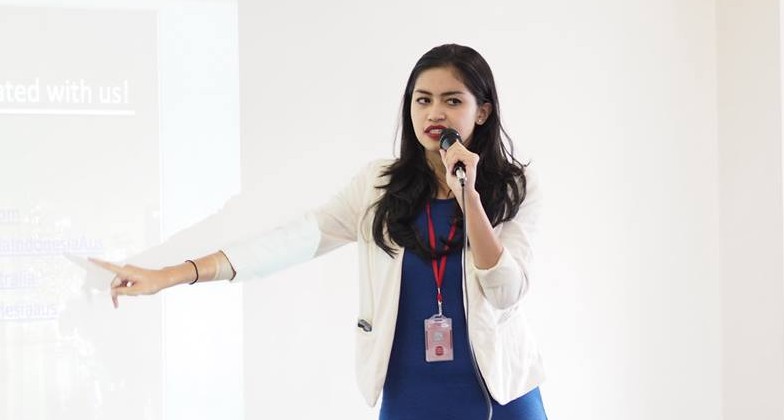 The dual-degree program is often the choice for students who want to be educated in prestigious local universities but is also eager to indulge in the adventure of living and studying abroad. Savira Ralie shares her journey in joining the dual degree program offered by University of Indonesia and finally landed at the Land of Down Under to complete her bachelor studies in the first part of her story.

Growing up, I always had things figured out by my father – the alpha in the family. He taught me the basic rules of life and everything in between. He ‘sculpted’ me. To him, I was a project. A masterpiece in the making. Even as I entered late teenage years, he still held a huge role in my decision-making process. He later told me, as I begun high school that he dreamed of his first born continuing her studies at the University of Indonesia.

Although I was a little hesitant and highly doubtful, I knew that all he really wanted was to get the best education for me since. He regards education as the ultimate weapon for both men and women. Education can and will take you anywhere, regardless of your gender.

Obviously, I wasn’t the only one with University of Indonesia in mind. Almost everyone in high school wanted in. I decided to take it up a notch by taking additional courses after school (preparation for SIMAK and SNMPTN- the national level University of Indonesia admission examination). However, it didn’t change the fact that there were still others who were way smarter and more capable than I was. Plus, the chances of getting in through SIMAK or SNMPTN were incredibly small because the competition was nation wide and only the brainiest ones would survive. It was an educational version of Hunger Games.

The future was still far ahead and unlike others, my ambitions were pretty simple and undemanding. I honestly just wanted to get into a decent university, to finish on time, to get married and finally live happily ever after. As the university admission examination drew near, I could feel my grip got weakened and things started to fall off. However, I wasn’t ready to give up. I was indeed physically and mentally drained, but I was still up for it (or at least tried to). I re-shaped my once blurred objectives.

Final year of high school was a roller-coaster ride , until one of my teachers who also worked as the school’s counselor told me about a new program from University of Indonesia called double-degree program.

Some of you might be familiar with the terms. The double-degree program offers students the opportunity to study for an estimated time at the University of Indonesia and continue the rest overseas. The choices of foreign universities will depend on the major taken by the student. University of Indonesia has partnered with several top universities from Australia and Netherlands. This collaboration between universities, aside from being a symbol of an enduring bilateral relationship between the two countries, will result in students receiving title and diploma of the same degree from both universities. I eagerly asked my teacher on how to get in and he said the campus has offered an alternative, aside from the already existing ones such as SIMAK or SNMPTN test. It is called talent scouting.

The instruction was pretty easy to follow. Instead of taking a test, all I needed to do was to submit my report card to the campus and the decision would entirely be based on my grades in math and English. The dual-degree program consisted of bilingual classes and therefore required fluency in English. To be completely frank, I did average in math but rather good in English. I enjoyed studying English, been practicing it (verbally and non-verbally) since kindergarten. I am not an expert but my senses have always been used to English and I have never felt pressured learning the language.

I later submitted my report card and other required files through the help of my teacher. I was quite insecure and pessimistic due to my unattractive grades in math. I kept myself busy with high school activities and graduation in order to prevent myself from overthinking.

After a long period of waiting and a series of self-doubt sessions, I received an email saying I got accepted as one of University of Indonesia’s dual-degree program students with Communication as my major and Public Relations (PR) as my area of specialization. My father cried as I told him about the news. I was all over the moon; everything was unbelievably overwhelming.

I started my first day at the University of Indonesia with pride and fiery spirit. I was ready for anything as it felt like a dream that turned into reality. Sadly, reality can be harsh. I struggled with assignments and presentations – they were numerous and everything was in proper English. The program indeed test our capabilities in mastering English.

Throughout life, I have experienced misconceptions about myself from others, mostly because the way I look. They perceives me as a girl who wears make-up, pays a lot of attention to the way I look and therefore, my intelligence is questionable. This is similar to their perception when they found out that I was a dual-degree program student. No brain. Fortunately, I’ve been taught to use my drawbacks as strength. I allow people to have certain perception towards me (as I am also firm believer in freedom of speech) and surprise them with what I am capable of. In spite of the stigma, I finished three and a half years with two titles and diplomas, both nationally and internationally.

After spending approximately two years at University of Indonesia, we were given a final project to determine our next fate. I got 3.22 (out of 4) as my GPA. As long as you were above 3, you would be eligible for joining the rest of the program in Australia. Hence, that was it. I, and a handful of other fellow students, would be leaving for the down under in just a couple of months.

Since I took Public Relations as my major, I was assigned to continue another one and a half year at the University of Queensland. The campus is located at the quiet suburb of Brisbane- the capital city of Queensland called Saint Lucia.

University of Indonesia appointed an agent to help us. The agent was responsible to take care of our visa application as we need to complete our legal documentation before the orientation week started. I was the last one to get my visa approved because I didn’t submit my files on time. I missed the orientation week but fortunately still managed to get into my first class. I left my family and loved ones behind and as you can imagine, I suffered from a severe homesick…