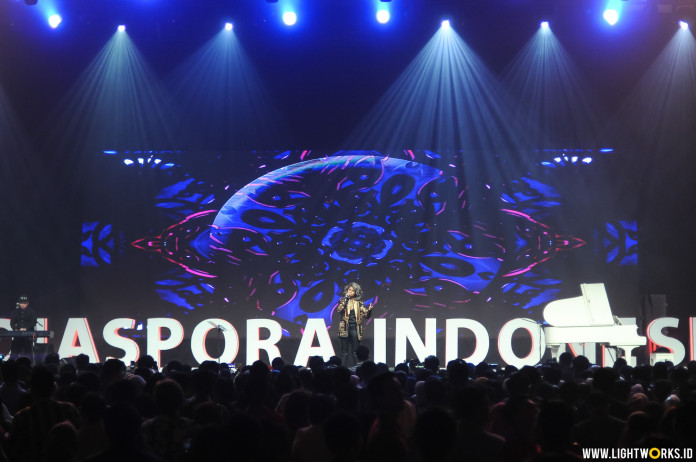 “Braveness without prosperity is nonsense!” said the Middle Eastern man, when I told him that his country’s president was very popular in Indonesia. Many Indonesians knew the president for his standing firm against the Western hegemony.

That Middle Eastern man was my classmate at the University of Queensland (UQ), but he was much older than me. He continued his story, “You know, condition in my country is very bad, Brother. That’s why I study here in Australia. After graduating, I want to work here…”

Listening to his story, I became aware that not all my classmates had the same future plans as I did. I could attend UQ for a master’s degree after winning an Australian government scholarship, and it would be my obligation to return to Indonesia right after my graduation from the St Lucia campus. Accordingly, I had planned to continue my life and built my career portfolio in Indonesia afterwards.

When I asked some fellow international students in my classes, mostly coming from the People’s Republic of China, I also found out that many of them had already set a plan to live and work in Australia after completing their studies, just like the aforementioned Middle Eastern guy. They mostly funded their study through the financial support from their parents or, in some cases, from themselves. Their undergraduate degrees were from various disciplines, such as engineering, science and law. Whilst, they decided to undertake a master’s degree in accounting or finance at UQ, probably because these two disciplines were relatively “easier” to learn and, most importantly, might offer a bridge to start a new career in Australia. Indeed, competition among accounting and finance graduates in the job market was already very tight in Australia, and they should be ready to face such challenges.

I believe there were different reasons behind the decision of some non-Australians to settle and work Down Under. Some of them might want to escape from turmoil and uncertainties back home, like my Middle Eastern friend. There might be those who decided to venture overseas because they already found a very competitive environment in their countries of origin, like my classmates from China. I also found those who chose to call Australia as a new home because they would like to take benefit of various advantages that Australia has to offer, enabling them to develop their skills and boost their potential.

“I’m now a lecturer at UQ,” said Arif, my former Finance tutor who was from Bangladesh, when I once met him after finishing my Friday prayer at the St Lucia campus. I could see that he was so proud of such a great achievement. I congratulated him.

After finishing his tutoring contract at UQ, Arif became a lecturer at Bond University, a private university located in the Gold Coast, Queensland. When he found out that there was a vacancy for a full-time Finance lecturer at UQ, he immediately applied for the position and was finally successful to secure such a prestigious job. I could understand why the bespectacled man chose to start his academic career in Australia. Being smart-brained and holding a PhD from Monash, he probably did not find any good reason to make a living in his South Asian home country.

Australia continuously attracts best talents from all parts of the world. Hence, an aspiring professional from a foreign country seeking to start a new career in the continent should never expect that securing a good full-time job is an easy thing to do. A highly competitive environment is a condition that one should always anticipate. While I am certain that the number of Indonesian professionals in Australia was continuously growing, it was far outnumbered by those coming from China and South Asia.

Just for an example, you can browse the list of academic staff members in the websites of Australian universities. You will probably find that a large number of the non-Caucasian staff members are of the Chinese, Indian, or Bangladeshi diasporas. You will find a few fellow Indonesians there if you are lucky enough.

During my postgraduate study in Brisbane, my circles of friendship brought me to get to know a number of Indonesians who had long built a “white-collar” career in Australia. I had always admired my fellow Indonesians who were successful in climbing the career ladder in their respective fields. They undeniably had always made me proud.

I knew a bright Indonesian researcher who was working at UQ. He enjoyed a wide range of advantages offered by UQ, such as enormous research funding, well-equipped labs and workplaces, and wide opportunities to build his capacity. He had one paper, written with his colleagues, published in a highly-respected science journal, Nature. I also knew some Indonesians who had secured permanent or full-time positions in government entities, education institutions and private companies. There were also those who built new businesses from zero and then became successful businessmen. Furthermore, I should not forget those who were actively engaged in community services.

Learning from the journey that the Indonesian diasporas had passed through towards their success stories, it had come to my attention that they always demonstrated a series of positive characteristics. Hard work, patience, endurance, perseverance. Yes, I acknowledged that the successful diasporas might be “lucky” enough, but I also believe the mentioned notable characteristics were always there. Making a living in a foreign country with a totally different environment from that back home, they were forced to double their efforts and to go the extra mile.

I admit we have long left the seemingly useless debate which questions the patriotism of Indonesians living and working abroad. Each of us, Indonesians, has our own choice in our endeavors to live our lives to the fullest. All of us would like to make something good and create a positive impact in our lives, and we can do so either in or outside Indonesia. Of course, there may be an exception when a country’s best talent has an extraordinary skill that is very much needed back home.

Since I am already in a long-term contract with my current Indonesian employer, I am not sure whether I will be able to become a “long-term diaspora” overseas so that I can experience the struggle of a diaspora by myself. But I was a temporary diaspora when I attended UQ a couple of years ago. Currently, I am also preparing for another term of becoming a temporary diaspora as I will commence my PhD study at an overseas university next year.

When an Indonesian is successful in building his or her portfolio in a foreign country, and when he or she can contribute something positive that truly matters to human being, I am convinced Indonesia will be proud of him or her. Fellow Indonesians will be proud.

Wherever I live, work and study, either at home or abroad, there are always valuable lessons I can learn from the successful diasporas. Grit, hard work, patience, endurance, perseverance, and so forth. Great characteristics that are easier said than done.