What are democratic practices like outside of the US? Are elections done similarly to how they are done in Indonesia? In this article, columnist Steffen Hadi shares his experience as Class President during his time at the University of Pennsylvania Law School.

Traveling while you are studying abroad is super mandatory, but it is a bit mainstream isn’t? Studying abroad is an indispensable opportunity, so we need to grasp as many opportunities as we can. From countless opportunities that are available, taking part in the democratic process of another country with people from diverse background is a valuable learning development for us.

So, as Indonesia is now having the so-called political season, it is then a good time to share to you my experience participating in American style democracy so that we can have a refreshing perspective about studying abroad.

Universities in the US Will Deliver American Democracy to You

If you are studying at an American university, it is likely that you will have to participate in a democratic process. Early in the academic year, the faculty will usually request from your class (i.e. students of a certain academic year in the relevant department) one or two representatives who must be elected from the class.

In my case, I took an LLM class (law school Masters course) at Penn Law in 2016, which consisted of around 200 students from 40 countries. The law school called for two people to be elected, one each as class President and Vice President. When I heard the call for class President candidate, I was not even bothered as I intended to only travel and get good grades. It was my roommate from South Korea who pushed me to run as one of the class President candidates; “It is for our class’s sake,” he said. Well, his encouragement did not do much until I realized that this might be another irreplaceable adventure in my life, and while I am at it, why not? No one will suffer anyway.

One important American philosophy towards democracy is that a voter must be able to exercise his or her voting rights properly. Such a way of thinking is nurtured even in a smaller democracy environment such as law school where all election phases will be implemented before the election days. This includes the campaign.

It was the same with my case. All students were given a specific period of time to know the candidates. This means that the candidates can use the given period to advertise themselves, including their vision and mission. In our case, the campaign period lasted for two weeks. It was a tiring process, but surprisingly fun!

Campaigning days were colorful days; students can see posters, pamphlets, and brochures posted or distributed at certain places within the law school. Candidates were also given forums to deliver speeches to advertise themselves. However, these are only conventional ways of campaigning.

Apart from the said conventional ways, the real action lies within the other various ways of campaigning, from giving cookies before classes, spamming your Facebook messages, coordinating flash mobs, to even making a short movie. Mine was very simple—direct conversations with each student.

For me, direct conversation is very effective. Moreover, as the campaign period fell on the early stage of the academic year, the students still tended to hang out with their friends from the same country. So if I, for instance, approached a friend from Japan, usually I could have the conversation with all the other students from Japan at the same time.

During such direct conversations, I could have an easy talk about the presidency and what I intended to do if I were elected. I could also hear my friends’ wishes and suggestions on what should be done as the class President.

Interestingly, when I had a conversation with a group of friends from China, they told me that they had never experienced the whole election process so that it was a new experience for them. Nevertheless, they were motivated to participate in the process.

That one conversation had a big impact on me because I am reminded that although it may seem like everyone around the world experiences the same experiences at a global level, there are some unseen barriers that we need to understand and that is when tolerance becomes highly important.

We didn’t have a specific election day. Instead, students were given a week to vote through a dedicated online system. Every student could only vote once, and at the end of the given period, all students must have voted. During the election period, no campaign could be carried-out; failing to comply would result in disqualification.

Subsequently, the calculation was carried out transparently. The winner must get more than 50% of the votes—same standard everywhere.

In my case, it turned out that the election must be carried out for a second time because there were no candidates with more than 50% votes. The first election left the students with two candidates for the class President: my friend from Spain and me. Cut the story short, I was elected as the class President. In other words, I was also the product of American style of democracy. 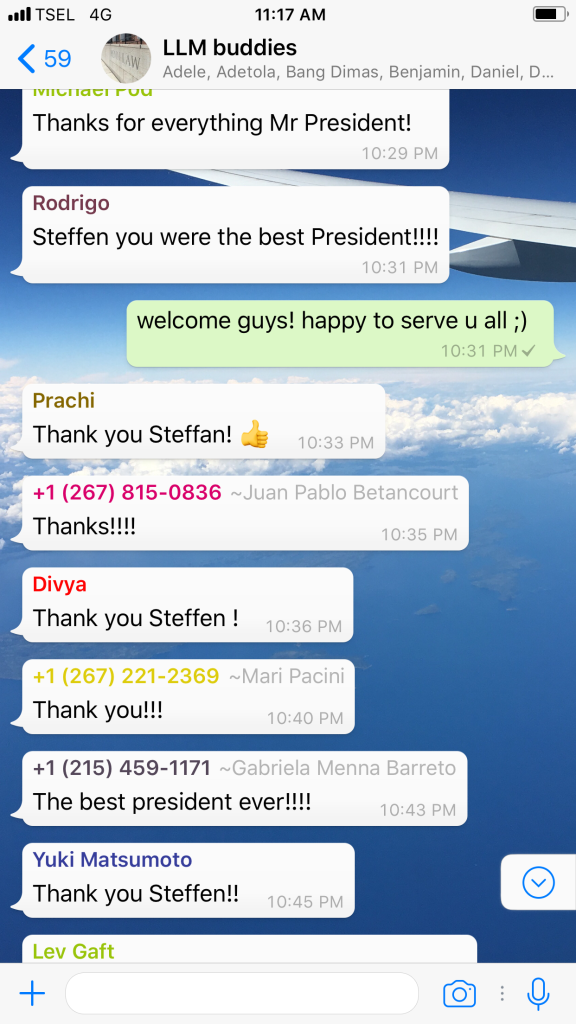 My story in experiencing American democracy did not end when I got elected. Instead, it became a more complex story when I tried to implement a democratic leadership.

As the class President, I was given heavy responsibilities, mainly to bridge the communication between the university and the students. I needed to channel the university’s program and deliver it to the students. This must be carried out into programs, events, newsletters, etc. The university will subsidize some of the programs by a limited amount of budget.

It meant that I need to ensure that all programs and events must be held in accordance with the university’s philosophy while accommodating the students’ wishes. Especially, as money was involved (i.e., the budget was given by the university), transparency was indeed crucial.

In my case, few days after I got elected, there was a post in a Facebook group from the other students requesting transparency from me relating to the budget allocation. It became a heated debate the same night, some students agreed, while the others felt it was an exaggeration as it was just a week after the whole presidency started. It was really exciting! Thankfully I was able to manage the situation by accommodating all requests and views.

To ensure a democratic leadership, I provided a forum for the class where voting towards any programs was carried out. There were also daily and weekly reminders for all faculty and university events that students could access so that they would not miss a thing. The budget allocation would also be reflected on a balance sheet after every event or program that used the budget. I also created committees that were responsible for the preparation of some events, such as the Halloween party, career days, gala dinner, etc.

I admit that it was not easy. As the class President, I must be open to any and all critiques and advice. More importantly, I must be available for any students who need my assistance and be the wisest in the organization to decide all differences. I was really glad that by the end of the day, my friends, along with the faculty and university officials appreciated my performance and they were really thankful for that.

Finally, it is clear that the American democracy is no different with Indonesia. I am the living proof that my understanding of democratic leadership is accepted by students from 40 countries around the world within a prestigious university in the US. Indeed, one could say that the US has a higher level of maturity when it comes to the democratic process, however, I personally believe that we, Indonesian students, have more than what it takes, to bring our view on democracy and implement it anywhere in the world.

My friends, have a good political season! 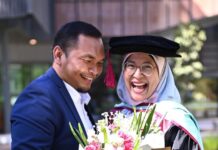