It was mid-March 2018, there was an incoming e-mail from the Graduate Chair of Department of Economics, the University of Hawai`i at Mānoa (UH Mānoa). He said to me that he was interested in having me in the program, yet the department lacked of funding so that I have to bring my own funding to study there. I was both excited and sad. I said to him that I would notify him later since I was also waiting for a scholarship announcement from the East-West Center, a U.S. think-tank institution which goal is to provide an intercultural exchange between the East and the West through research, education and community development.

A few days later, I remembered that I was just finished running in a treadmill in a fitness center in Central Jakarta. I checked my phone and e-mail, and realized that I had an e-mail from the East-West Center, congratulating me for being accepted as their Graduate Degree Fellow. The fellowship slash scholarship would help me to fund my study especially at the University of Hawai`i at Mānoa (UH Mānoa). It was a relieving moment that finally I secured both the school and money to study after waiting for three years and getting rejected by scholarship seven times, ranging from Fulbright (U.S.), Swedish Institute (Sweden), Chevening (U.K.), Monbukagakusho (Japan), to Australia Awards (Australia).

I am inspired to be an economist specializing in labor, population, health, and development. Among other economics graduate school in the U.S., UH Mānoa has the resource that I need. Furthermore, my employer back then, Turro Wongkaren, who is a Director at Lembaga Demografi Fakultas Ekonomi dan Bisnis Universitas Indonesia (LD FEB UI) and an alumnus of UH Mānoa, recommended me to attend the grad school in the UH so that I can meet with one of the professors that perfectly fit with my interest. Turro, who was also an East-West Center scholarship recipient, also recommended me to apply the EWC scholarship to funding my study there. I then applied for the EWC scholarship since it has more flexibility regarding requirements than other scholarships that I knew. Since I am married, one of the most lucrative points that I found is that the recipient can bring a spouse and family. These backgrounds motivated me to pursue an MA in Economics degree at the UH Mānoa.

Living in Honolulu, Hawai`i, is quite interesting and certainly will give you a different experience than living in, for example, East Coast or Midwest part of the United States. If you have a cold-weather problem, Hawai`i is actually a safe haven because there is no snow. The coldest temperature that you can get when in winter is only 17° C, unlike in Midwest with its polar vortex can get as freezing as -40° C. In summer, the weather when I just arrived, the condition is just like Jakarta in a typical sunny day.

In Oahu Island, the island where Honolulu located at, you can get both sea and mountain scenery. You can both have your swimming and hiking apparels in your wardrobe, with one of the most touristy beaches in Oahu is Waikīkī Beach, and the most touristy hiking trail is Diamond Head Crater Hike. You can also actually watch a professional surfing competition held in the west part of Oahu every year (fun fact: surfing is discovered by Hawai`ian people). However, I myself cannot enjoy much of this scenery since I am more an urban-type guy, where I describe Tokyo is a perfect city to live in.

Another exciting thing that Hawai`i offers is its rich and diverse cultures, which mainly influenced by Pacific Islands cultures. If you know “Moana” movie, it is actually inspired from Hawai`ian story tale (fun fact: the first and oldest shopping center in Hawai`i is named “Ala Moana Shopping Center”, opened in 1959, the same year when the Kingdom of Hawai`i officially became the 50th State of U.S.). Also, if you know the word “Hula”, it literally means “dance”, where “Hula” is a Hawai`ian traditional dance. And if you know the word “Aloha”, it also a Hawai`ian language that means “Hello”. Another fun fact is that you can always find Japanese culture here, including food and culture center, here because of its long history of World War II which involved Pearl Harbor attack in 1945.

Although I am still in my second semester, I got very lucky because now I have met with the professor that I aim to be my thesis supervisor later (and he agreed to supervise me later!). I am aspired to do a research about the labor market in Indonesia, especially about the impact of worker’s attitude towards risk, level of riskiness of her job, to her wage. I know that my current research is quite different from what I planned to, that is finding a way to make Indonesia’s National Health Insurance (JKN) more financially sustainable given the challenges, due to data availability and insufficient time.

Furthermore, I also got a supplemental funding award from my department for this Spring 2019. It is, however, not a “free lunch”. In return, I have to grade homework and exams of two undergraduate courses, they are The Japanese Economy and Intermediate Microeconomics, with no more than 12 hours of work per week. If you plan to work here, you are allowed to work for maximum 20 hours per week under J-1 visa like me. If you don’t want to get your salary taxed, it is very important for to have Individual Tax Identification Number (ITIN) or Social Security Number (SSN) because U.S. and Indonesia have tax treaty stating that Indonesians working in the U.S. are exempted from tax, especially if you are a graduate student.

Having worked in research institutions/NGOs such as The World Bank, Lembaga Demografi FEB UI, and J-PAL Southeast Asia, I am aspired to be an economist who can work together with the Government of Indonesia, solving economic policy challenges that are related to Indonesian workers and social security system, such as BPJS Kesehatan and Ketenagakerjaan, in the long future. In the immediate future, I dream of pursuing PhD in Economics somewhere in the U.S. mainland. However, since I am still in my second semester, I hope that I can survive this graduate student life and get my MA in Economics. 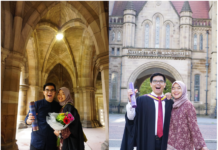 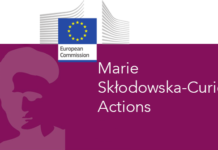