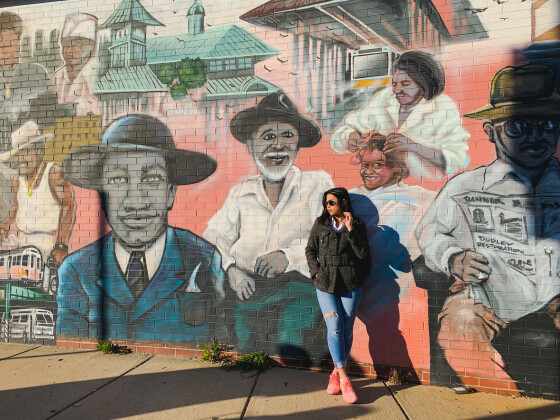 As a young Indonesian woman who reside in the US, Armaya Doremi shares her viewpoints on how to survive in a society that still tends to overlook women’s capability to achieve significant accomplishments in various fields.

I could not be prouder to be a woman. I am also proud of all women who have accomplished many achievements in different entertainment, sports, politics, and arts. To contribute to women’s special day, I would love to share my perspective on how we, women, can be independent and survive amid the complexities surrounding inequality towards women.

First, I want to ask you. What does being an independent woman mean to you? According to the Urban dictionary—a predominantly African American written website, an independent woman is a person who has strong self-confidence and is responsible for her bills and stability (Moody, 2011). Similarly, according to Tina Portis, most women are already doing fine and do not need reassurance or validation. However, Tina also contradicted her statement by asserting that independence could dispirit relationships between people as they become more competitive and can do everything by themselves without having any hands from others (Moody, 2011). So again, what does being an independent woman mean to you?

Personally, I believe that being independent means having the confidence to make right decisions on our own using our skills, knowledge, and expertise. Mostly, you live your life not relying upon someone else’s judgment. However, being independent does not mean that we do not need others’ help. We need experts, for example, to help us develop new skills.

Speaking about independence, I realize that some women are still facing gender discrimination and inequality, which prevent them from being independent. On top of that, the level of discrimination and inequality varies from one woman to another. After all, independency is a complicated topic, since not all women have the same expectations. I always respect all women who fight for their rights and am grateful for the many trailblazers who have done so much to empower women.

Gender inequality is oftentimes difficult to identify. It’s not a black and white issue, like most social causes we operate in a spectrum of gray. Women’s bodies are regularly objectified and treated as items to be scrutinized whereas men are criticized less for how they look and more for their thoughts and actions. Why is it that we feel it’s ok to comment on a woman’s appearance rather than focus on her achievements? As a social media influencer I’m accustomed to positive and negative feedback, it’s amazing how often people comment on my looks ignoring the message behind the post. I fully understand we will not always receive compliments, however, if a man is commenting only on a woman’s appearance, is there not an imbalance of power?

Fortunately, this experience does not keep me down. This experience made me even stronger and I want all women who have had similar experiences to remain strong.

Here are 5 ways women can remain strong and survive in an unequal world.

Do not stop developing skills and knowledge

There are so many disadvantages that women face such as limited access to education and involvement in politics. Take Syria as an example; women have been cut off from political engagement. Meanwhile, according to Human Right Cares, 25 percent of young women between 15-24 did not finish primary school. The United Nations also states that young men are more likely than young women to enroll in vocational education. Did you ever think that our efforts to fight for equal representation are still not working?

Sharpening our skills and knowledge can help us survive whenever we encounter struggles. We cannot just wait for activists to fight for our rights; we cannot wait for the government to change the system while we are not doing anything to develop ourselves. We need to be the one who fights for ourselves by sharpening our skills sets. By doing so, people will see us as independent, strong, and smart women who do not need to settle for the backseat.  Women should be the drivers of their own lives. We should be able to use our power; this power enables us to solve our own problems.

Environment shapes our perspective and personality, and it is essential to choose whom we surround ourselves with. Be the person who is brave enough to take on any challenge by leveraging your network. When we do not have enough or full access to do certain things, it does not mean that we are stuck and cannot do anything about it. Here is an example: I have been living by myself in another country (US) since I came to Boston in 2017, and it was never easy. I was alone and did not have the right circle of people to support me. I was influenced by people who were working so hard to obtain their goals. I then decided to meet new people who I hoped could change my life. As a result, I can do so much more now in Boston, regardless of my interest. I met so many strong independent women in Boston who work so hard to develop their brand through social media. I was also the backbone at my company where I supervised hundreds of International students in our orientation.

If you think that you are educated enough, it is time to advocate for others. This will help young girls and women who do not have enough access to education to grow and develop themselves based on their interests. When we educate other women, we not only give them the tools and knowledge to make their own decisions and shape their own future, but also help raise the standard of living of their family and their community. I am currently helping Indonesian people who want to study abroad by giving free webinars and English conversation every week through my project called Studywitharmaya. I realized that there are so many Indonesian people who do not have access to study abroad. Thus, I just want to contribute what I think it will be beneficial to my people in Indonesia.

Be positive and confident

It sounds simple, but have we actually thought about it? The movement to demand women’s rights has been ongoing since the early 20th century when people asked for women’s right to vote. Even though women are still facing this type of problem today, some movements have been successful; we fight for it. In 1972, for example, title IX, a federal civil rights law, brought an equal opportunity to education (Young, 2017). In Indonesia, the proportion of women involved in the parliament increased from 44 to 65 in the 2004 election. I believe that women will eventually be able to raise their voice, even if the progress doesn’t happen overnight. We should be very positive about it because it will influence other women to believe in themselves as well. I know this is easier said than done, but we also need to think about how our mindset could positively impact others. We should believe and be confident that we all will have equal rights even if we need to climb a mountain for years to come. At the end of the day, I believe that if we embrace love, men and women will be grateful to be who they are and have respect for one another.

The last thing I would love to say is to support each other. When women are helping other women, great things will happen. We should never tear each other down, and this is very important. There are so many ways to support other women around your circle. For instance, we can celebrate the success of other women around us and always be kind and compassionate to others. We also cannot compare ourselves to another woman because we are all in this together. We cannot fight gender inequality if we are fighting amongst ourselves. By supporting each other, we can easily help each other to grow. We also will not feel like we are alone since we have each other’s back together.

I hope that these tips resonate with your expectations to survive and still be able to shine. We essentially were born strong and independent. One of our heroes, Raden Adjeng Kartini, taught us about being strong and independent. We should not forget about that. However though, I still believe the hierarchy as a woman. I still believe that at the end of the day, women want to be loved, taken care, and respected. Even though we are independent enough to live, it does not mean we do not need someone to support us. That person could be your best friend or your partner. We have been doing great things and the world knows that. Again, back to my point above, how do you define independence?  Do you want to fight everything by yourself or do you agree that we still need someone or a group of people to support and nurture us?