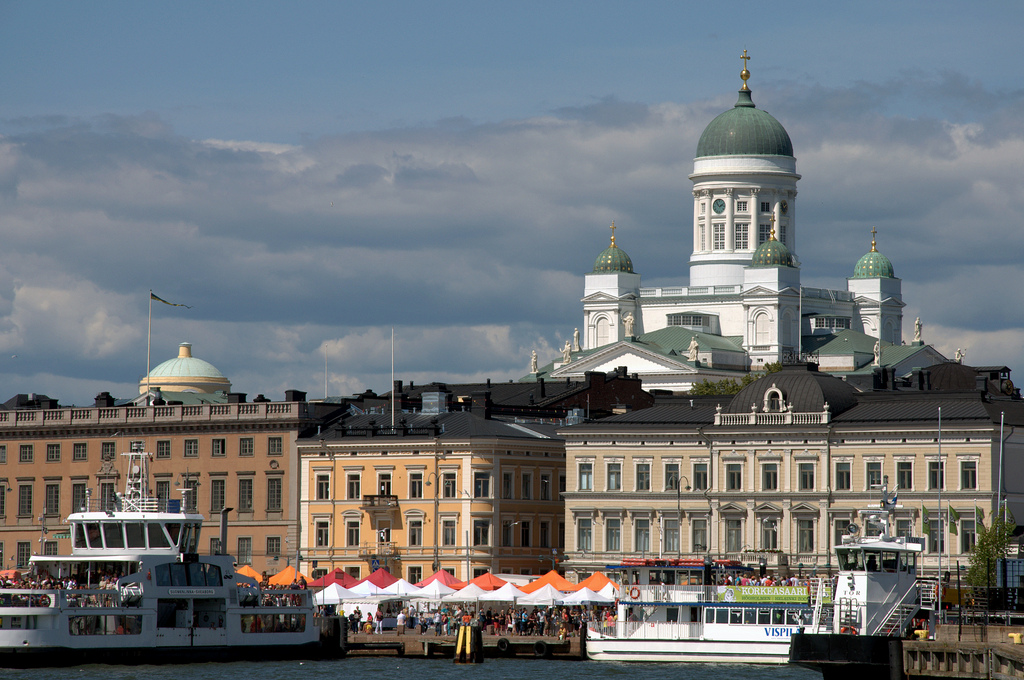 Finland…. despite the fact that it owns an education system the rest of the world should envy, anybody can come up with reasons why Finland wouldn’t be their first-choice for a place to study: (1) the high living cost in Scandinavian countries; (2) the severe lack of sunlight; (3) the seemingly permanent cold that most of us—people from the so-called tropical countries —never grew up with and hence, used to, and sadly; (4) its unfortunate geographic location that is so far up north and “detached” from those popular Western European countries people are usually more attracted to.

While some of you may be nodding in agreement with the points above, I’m here to prove to you that there’s more to Helsinki, the capital city of Finland, than its long winters and harsh November winds (in fact, the Finnish word for “November” is “Marraskuu”, meaning “Death Month”). Although I’ only stayed in Helsinki for nine weeks, I can safely say that I knew I’d fall in love with the city as soon as I stepped off the plane. It was that kind of feeling…an overwhelming rush of excitement mixed with instant admiration.

Next, are the reasons why you shouldn’t overlook Helsinki the next time you’re considering for a place to study, from an exchange student’s point of view. 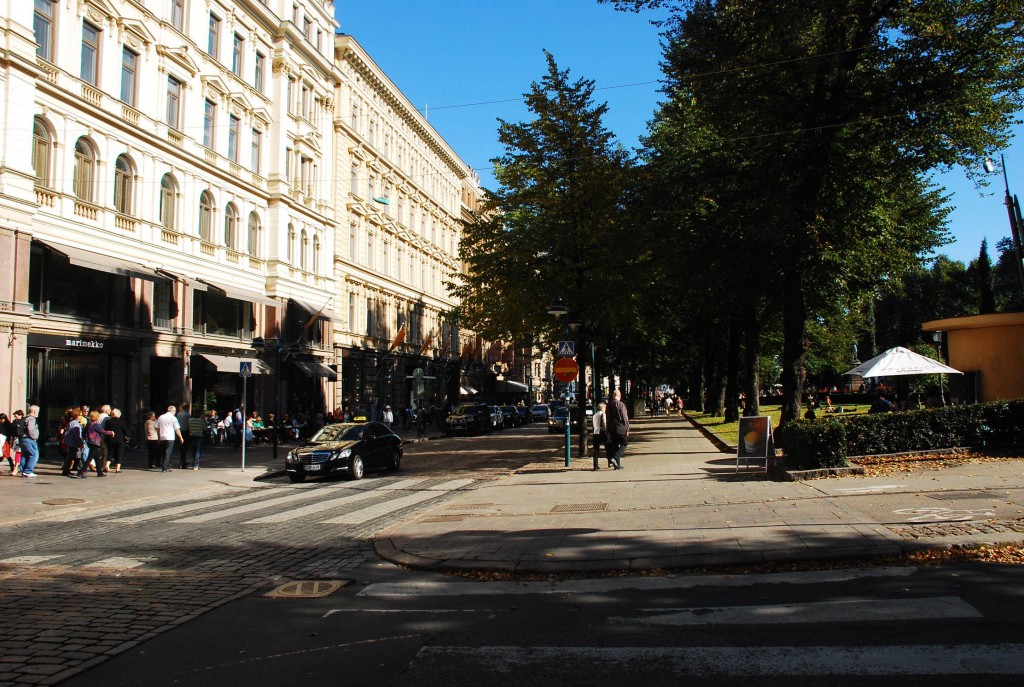 If there’s one piece of advice I could give to anyone prior to their arrival in Finland, it’d be to never get disheartened when no one greets or even smiles at you on the sidewalk. It’s basic knowledge here in Finland, apparently; you just don’t smile at strangers. You simply don’t. Unless you want people to think you’re drunk.

Individualism is remarkably prevalent here that I’ve seen occasions where nobody on the bus helped the poor woman pick up the shopping bag she’d accidentally dropped; or sat in the empty seat merely because the seat directly next to it had been filled. Even a few Finnish friends do admit that they often come across as hostile, where in fact they’re just too busy minding their own business to even notice you come in. Ask and you shall receive, I guess. You’ll also find that loud-talking on public transport hardly ever takes place, which does make the bus ride home feel just a little bit relaxing.

Surprisingly enough, I’ve come to appreciate this level of privacy Finns seem to hold high in regard. It’s crazy the things you’ll discover once you’re completely left to your own devices. Sometimes a short solitary moment is what you need to rekindle a dying spirit.

One of the things I love most about Finland is how nonchalant everyone seems to be. I have never once felt discriminated against—as a girl with her head wrapped in a headscarf, of course I had my initial worries. Turns out nobody on the streets gives judging looks, though. That’s just how Finns are; if it’s none of their concern, chances are they won’t care. In a good way.

It’s inspiring to see how everyone is treated equally as a reflection of an educated society where acceptance is first and foremost. I’ve also heard that it’s a normal occurrence to see a public figure (including members of the Parliament!) wait for a tram and take other forms of public transportation just like a normal resident would do. What a way to go!

From what I can tell, universities in Finland build and maintain strong partnerships with renowned companies, and in turn, students are rewarded with amazing guest lecturers and equally amazing career-building opportunities. It doesn’t matter if you’re only an exchange student; just make sure you’re being proactive enough to catch up with the latest event schedule.

Besides the opportunities being offered by the university, the growing startup scene in Finland has resulted in a strong culture of innovation and sharing. At Aalto University alone—the university I’m spending my Fall semester at—there’s a student-led program called Startup Life that sends fellow students to startups in Silicon Valley for internships in various fields and of varying durations. Every Aalto student is welcome to apply, and assistance will be given throughout the whole process. It’s programs like this that we can take for example and bring back to our home universities as a proposition.

The city of Helsinki even organizes an annual series of events (mainly in September) called Welcome Weeks, where a number of institutions and organizations hold different events throughout the month for newcomers with the objective of showcasing everything the region has to offer—examples include a city race and a Finnish pronunciation workshop. To sum up, you’ll never be short of things to do.

A City Of Design, Indeed. 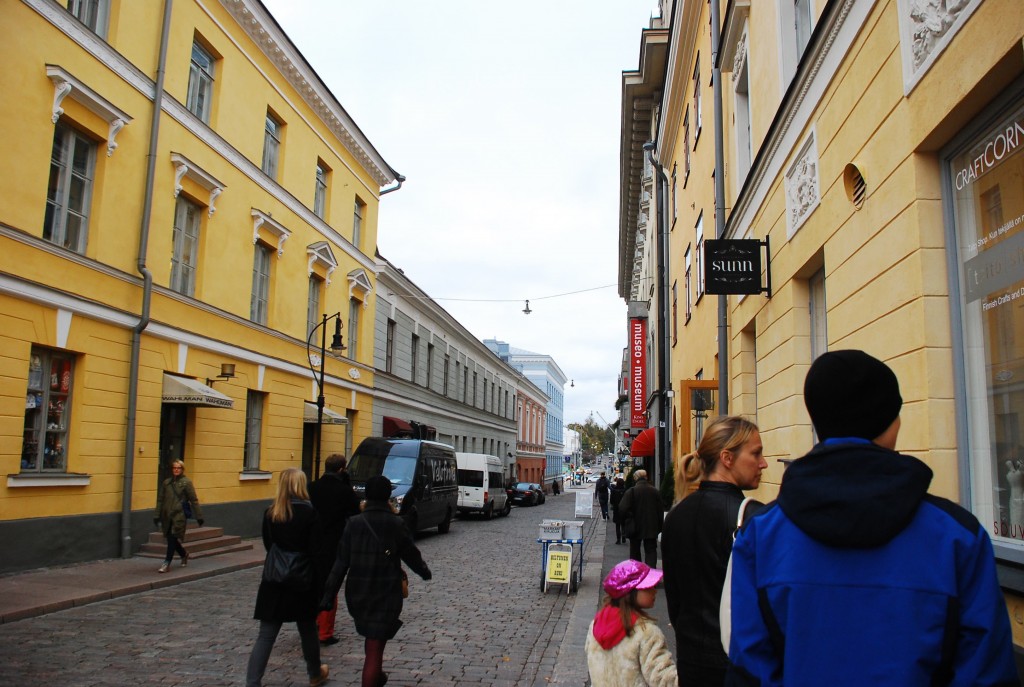 My first impression of Helsinki was literally, “How did they manage to make everything look sodarnpretty?!” Bear in mind I was yet to step inside the buildings. Each store/coffee shop I walked into was more charming than the last, yet nothing too overwhelming nor pretentious. Every corner of the city deserves another look.

Overall convenience and a sense of security.

When I attended AIESEC Finland’s panel discussion regarding the topic of Gen Y, I was surprised to hear from one of the panelists her understanding that most Finns have never stepped out of their comfort zone—their Government works that well and everything is that convenient for anyone to ever think about leaving the country. This goes to show the staggering level of convenience Helsinki in particular has to offer for a local to be able to look beyond the advantages and find loopholes in the system.

As someone who comes from a country with a lot to improve, I must say that staying in Helsinki has been a huge privilege—from top-notch public transportation system to classic indoor market halls, you’ll always find bits and pieces to learn from and share with everyone else back in your hometown. I wouldn’t say the first few days were easy; but as I hopped on yet another bus and gradually settled in, along came a sense of comfort, composure, ease. I still don’t know how Helsinki does it, to be honest—how the city manages to make its residents, newcomers even, feel so at home. It’s one of those unexplainable things you have to experience for yourself to fully comprehend.

For those of you who have not been convinced: Helsinki has been named as the 8th Best Place to Live by the Economist Intelligence Unit, and has claimed the no. 1 spot in Monocle’s 2011 Quality of Life survey. As the magazine has nicely put, “An unorthodox but well-deserving champion, the Finnish capital stands out for its fundamental courage to rethink its urban ambitions, and for possessing the talent, ideas and guts to pull it off.”