How It All Started

My journey to university wasn’t as properly planned as my peers’, I took my principal’s recommendation by words and applied for the only university he deemed fit for me. After a couple of months after I submitted my application, I was admitted into the school of business and management in the #1 university in Asia (according to 2011-2013’s QS World Rankings).

Half a year later, I found myself in Hong Kong. Armed with one-year full-tuition scholarship, I visited The Hong Kong University of Science and Technology (HKUST) for the first time. It was on August 18, two days before the students had to officially check in to the dormitories. I regretted my decision then. Here I was at the university where I would spend the next four years paving the steps for my future career in one of the best universities there is in Asia yet I came with no preparation. I came with no knowledge whatsoever about the curriculum, the place, or the career opportunities that would be provided for me later on. I was gambling on my own future, although now I’d like to think of it as taking a leap of faith.

HKUST proved to be much better than what the university markets itself. To this day, I am still in awe with how beautiful the view of the school is with a compelling and beautiful seaside landscape in the background. Nothing else brings me more serenity than the view of mountainesque landscape which ends up cradling the ocean. This is especially so for sunrise, when the view of the breaking dawn is majestically breathtaking.

HKUST, Where It All Began

HKUST, despite its large local population has a wonderful mix of international students, be it full-time students or those currently on exchange in HKUST. I found myself having a fun mix of friends, where both foreign and local students who have never heard Indonesians speak in our native language were amazed by our rolling “r”s.

What amazed me most about HKUST is the opportunities the students now have access to. As one of Asia’s strategic melting pots, a lot of companies hold recruitment talks at HKUST in order to get the best graduates in the cohorts. Bloomberg would sometimes hold a highly-demanded aptitude test, it’s not common to have some award-winning scientists coming to HKUST to present their latest research findings. On top of that, world class universities such as MIT for instance will casually send emails in the hope of finding a student interesting in helping out with some researches during the summer. These opportunities are abundant and they are made easily available to the students, chances which the past me would not even have dared to imagine.

These opportunities are usually broadcasted to us via the students’ campus e-mails. Each of the prospective students would be designated one e-mail account and that will be our primary means of communication with HKUST. The amount of incoming e-mails can be overwhelming: there are up to twenty e-mails daily. The university wants to make sue that the students pick up a good habit of checking up emails daily, which is what the working adults do during their office hours. It cultivates a mindset of seizing opportunities amongst the students as if the students ever miss any important e-mail, they may lose their chance to apply for an awesome internship during the summer.

The professors are also very bright; most of them have earned their PhD degrees from prestigious universities in the United States. They’re also surprisingly approachable, it only takes a quick e-mail to clarify the students’ doubts or to have their questions answered in less than a few hours even during the weekends. I believe that university offers a more engaging environment than high school, just after a few weeks the students would feel that they are indeed becoming a part of the university, where they can actively present their thoughts and have their enquiries answered by the amazing pool of brains around you, included in this group of those “talented people” are the super gung-ho[1] Indians and Chinese Mainlanders. Stereotyping is not necessarily a good thing, but it’s hard to miss these flocks of people entering the library early hours in the morning and leaving late at night. It’s also not a rare sight to see students sleeping in the 24-hour floor of the library. Seeing their hardworking attitude up close can be a bit intimidating at first, but that’s because they just simply can’t let their grades to go lower than an A (or even A+).

The standard credits requirement for the university is around 15 credits per semester, but you can also take as less as 12 or take as much as 24. Each credit represents an hour of a week, so the regular 3-credit course would mean that students will have three hours of lectures on that specific subject per week. The university recommends spending two hours studying for every one hour spent in listening to the lecture, but hey, why study abroad when all you do is being cooped up in the library to go over your textbook and lecture notes?

It’s Nothing Short Of Eye-Opening

It’s amazing what living alone abroad can do to you. The moments when I started to treasure Indomie, martabak, pisang goreng, and ayam kremes as I started looking at the world a little differently. I personally think it’s an amazing feat, really, to be able to communicate with other people who don’t speak Indonesian on a daily basis. Coming from a national plus school in Tangerang, I was so used to having to speak Indonesian to my peers and teachers all the time. The transition at first felt very foreign however the friends here and how your family back home still reach out to you can make you feel right at home, even in a foreign region such as Hong Kong.

[1] gung-ho means to be very enthusiastic and very eager

Photos are courtesy of the author. 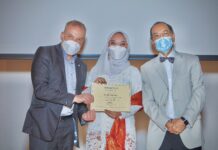 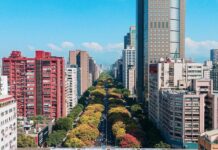