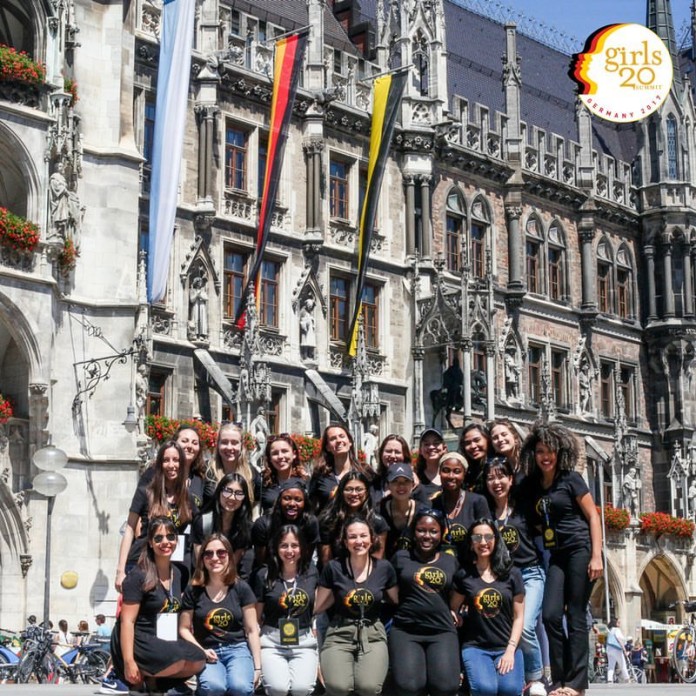 Many of us aspire to represent Indonesia globally as state diplomats or youth leaders in high-level conferences abroad. It is also the dream of Nariswari Khairanisa, a passionate young millennial who was chosen to represent Indonesia in the 2017 installation of the G(irls) 20 Summit in Germany. As the summit brings together young female leaders from G20 countries to facilitate the exchange of ideas for pressing problems facing women today, Naris’ courage to apply ultimately took her places. Having said that, her G(irls) 20 Summit also relays the message that attending global conferences on behalf of Indonesia is not all ‘glitz and glam’, a simple job where all you need to do is wear formal attires and look good for photo-ops. Instead, it is a huge responsibility, it is hard work. If you want to do Indonesia justice on the global stage and are serious about driving real changes, you have to do extensive research, participate actively, and adapt when things deviate from your original plan.

I was raised by a strong, independent woman who believes in the importance of education and the urge to be useful to others. The two, coupled with my interest in the dynamics of international relations, led me to represent Indonesia on G(irls)20 Global Summit in Munich, Germany, between June 16th and June 23rd, 2017.

Designed to mirror the G20 style of conference, the G(irls)20 Summit brings together one delegate from each G20 country, plus a representative from the European and African Unions, Afghanistan, Pakistan and the Middle East and Northern Africa (MENA) region.

I departed a for G(irls) 20 week after my thesis defense. I still had to submit the revised version of the thesis on the basis of the feedback I obtained, but I decided that I would finish the revision whilst traveling for the conference. I was determined to: 1) participate as best as possible in the summit, 2) hand in the G(irls) 20 2017 communiqué to Indonesian officials, 3) attend the Global Citizen Festival on the eve of G20 summit, and 4) fly home safely having submitted my revised Thesis.

This is the story of how I got from 1) to 4) with some unexpected detours and dark bags under my eyes!  I believe that when we persevere in taking chances, going places, and making changes, things will fall into place albeit not exactly the way we planned it to be.

I believe we should be brave enough to take chances and make the most of the challenges. By applying for G(irls)20, I took the chance to commit in a social project beyond what textbooks taught me.

The G(irls)20 committee covers all the expenses for the flight and accommodation throughout the summit. The three steps necessary for the application are submitting the document, taking part in the interview, and waiting for the announcement.

Firstly, I had to write numerous essays and send a video. Some of the questions including the greatest obstacle for girls and women in my country, what I would do if I weren’t afraid, and how I empower others to be the best version of myself. In addition, I also wrote down the initiative I planned for after the summit.

After passing the first stage, I was then interviewed by Farah Mohamed, the CEO of G(irls)20. I just came home from an amusement park and I threw up several times before the interview started. Nevertheless, on March 8 as the international day of women, the G(irls)20 organizers officially announced my name as the 2017 representative for Indonesia!

The event consisted of a four days-workshop, one summit day, and one communiqué day. The workshops are targeted to hone practical skills, such as pitching, project management, and leadership. Aside from the substance, I enjoyed forging friendships and sisterhood with other delegates from all around the world. 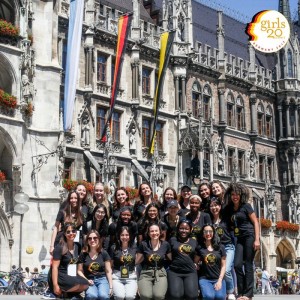 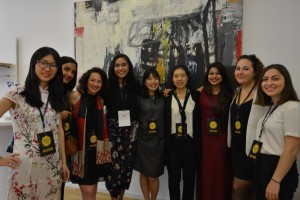 At one point in the conference, we recorded our message for the G20 Leaders. My message was to encourage G20 leaders to support multi-stakeholder partnerships which combine global knowledge with local wisdom. We also had to draft a communiqué for the G20 leaders.

One of the best things that G(irls)20 offered was the wide network of personal mentors from the professional world. I, for one, had to present my post summit activity pitch to Tatjana Dryer, a partner from Johnsons and Johnsons, a successful multinational company. 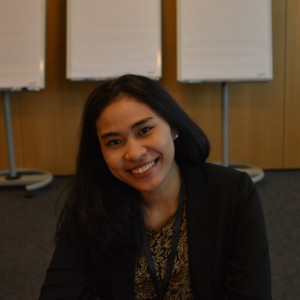 My favourite workshop takeaway is elevator pitching: a strategy to get your potential partner interested in your initiative in about 10-15 seconds. It’s a tricky tactic, but especially useful when you are pitching to people with extremely busy schedules and or those highly-influential people. Some of the questions we can include in this pitch include: What do you want to do? What are you asking for? How can the people you are pitching help?

I am now in the process of realizing my post summit activity with the professor who supervised my thesis. We’re helping the Indonesian government make renewable energy more accessible in rural areas through public private partnerships.

Delegates are responsible to remain engaged with G(irls)20 for a period of at least one year from the end of the summit. For the long term, we have to plan and execute a project that can help the creation of 1 million jobs for young women worldwide. For the short term, we have to present the communique to the Indonesian government.

After G(irls)20 Global Summit in Munich ended, I intended to hand the communique to Indonesian officials in Hamburg because the real G20 was going to commence there. On my way to Hamburg, I had my ATM card eaten. Thus, I had to couchsurf in a stranger’s flat and move on to an Indonesian diplomat’s apartment for few days.

A day before G20, I met a German-Indonesian guy in Berlin who helped me to calm down and carry on with the revision (Danke, Kevin!). In between a day well spent cycling around the city, I got to fetch my money, catch a train to Hamburg, and carry on with my mission.

On the D-day of G20, I had to finish my thesis revision to be able to graduate in 2017. I was frustrated because I got so occupied with the revision that I haven’t had the chance to visit the Indonesian Consulate (KJRI) in Hamburg.

I was crying in a cozy café with WiFi right across Hamburg Hauptbahnhof. A moment after I submitted my thesis revision, I bumped into some Indonesian diplomats who were on their way to the G20! I wish I was wearing my best formal attire, but instead I found myself face-to-face with important Indonesian officials in hoodies and running shorts instead!

Nevertheless, I woman-ed up to performed the elevator pitch I learned from G(irls)20. After hearing what I had to say, they expressed support for my initiative and even gave me some contacts. I also managed to hand in the communique before I went to see Coldplay and Justin Trudeau in person at the Global Citizen Festival.

In the absence of another hand to hold during Coldplay’s “Something Just Like This”, I could only hold on to the faith that perseverance will prevail. I’m glad it did.

Fast forward to two months after the G20, I finally graduated and was also invited to be a Master of Ceremony for a G20 seminar in my campus which was held with the support of the Indonesian Coordinating Ministry of Economy. On that day, I stood in front of all of the lecturers who were present during the day of my thesis defense, reminiscing how this whole journey has helped me grow both personally and professionally.

As a careful planner, I used to measure success only by how things go according to my plan. From this whole journey as a delegate of G(irls) 20, I learned that even when we have planned everything meticulously from A-Z, some unexpected things are bound to happen and we always have to adapt if we are to be successful.

Looking back, it was messy, but worth every penny.

All photos are courtesy of the author unless stated otherwise.