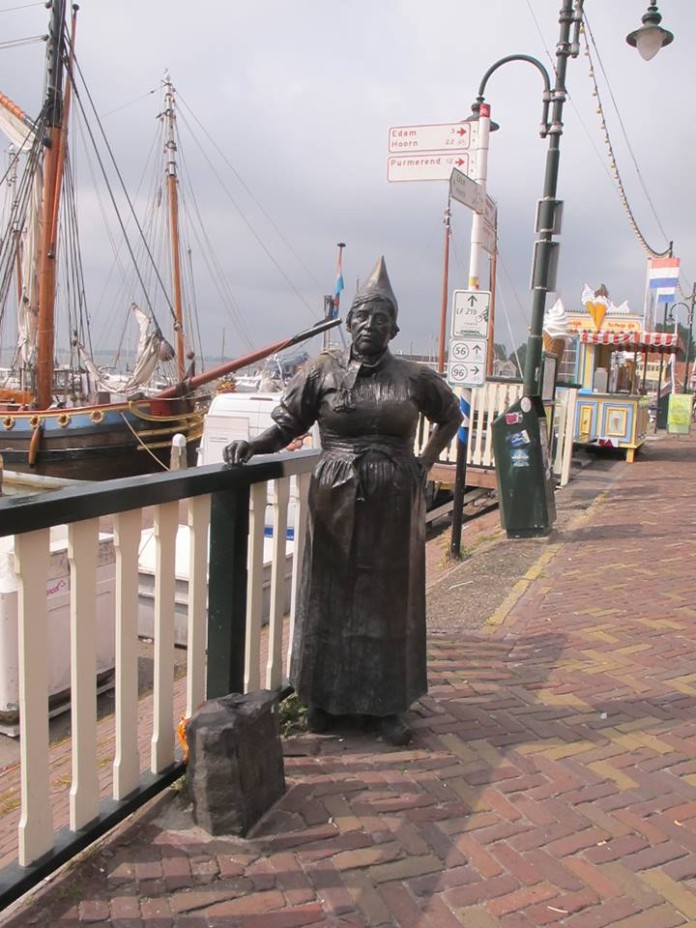 Indonesia has deep historical ties with a lot of countries, especially with the Netherlands which once formally colonized Indonesia for centuries. Tracing evidence of those ties is one of the most fascinating things to do if you happen to live abroad as a student in the orange color-loving kingdom! The observant student that she is, Intan Purwandani Ghofur has managed to identify the 4 commonalities Indonesia still has with the Netherlands up until this present era in terms of food, people, language, and social work! Indeed, studying abroad is not only about getting the knowledge and the grades, but about immersing in the culture which, perhaps unexpectedly, can lead you to learn more about your very own country, Indonesia!

Living in the Netherlands for a year has already broadened my horizon about the undisclosed yet fascinating facts about the Indonesia – Netherlands interlinkage which continue to be true dozens of years after the end of colonialism. Personally, when I realized for the first time that I would live in this country for a couple of years, I admit that my remembrance of Indonesia’s past history with the Netherlands inevitably occurred.  Being exposed to dark stories of Dutch imperialism in Indonesia for a few years during my primary education years had created an initial presumption about the Netherlands on my mind. The horrific accounts told by my teachers and history text books were strongly reinforced by what I heard from my grandfather in law who happened to be one of the warriors who helped fight Dutch colonialization in Indonesia.

A year of living as a student in the Netherlands has passed unobtrusively. When I first stepped into the country, I admit that I had an overflow of negative presumptions of the Netherlands. I also thought that we no longer have a lot in common with the Netherlands. And yet, my journey for the last one year surprisingly uncovered unique ties between the two countries which linger years and years after Indonesia obtained its independence. Indeed, many years after the formal colonialization, Indonesia still retains a certain proximity to the Netherlands, especially in terms of food, people, language, and social work. 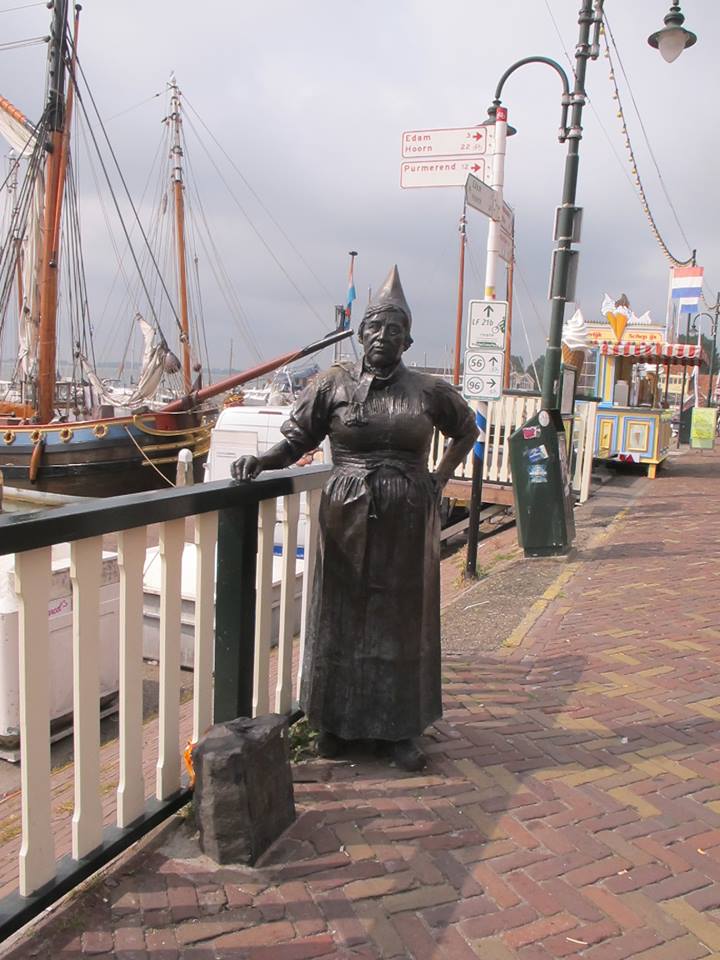 Tie 1: Indonesian Food and Ingredients Easily Found in the Netherlands

When you happen to visit the Netherlands and found yourself missing some spicy Indonesian flavours, there is no need to worry as this country could easily fulfil your stomach pretention for sure. From what I have gathered from my travel experiences in Europe, only in the Netherlands can you easily track down Indonesian restaurants with your smart phone. Wherever you go in the Netherlands, especially big cities, such as Amsterdam, The Hague (Den Haag), and Utrecht, Indonesian restaurants exist and offer relatively similar tastes to Indonesian street food! They are even sold at an affordable price (well, not as cheap as in Indonesia, for sure).

If you prefer to cook by yourself, Indonesian ingredients in both raw and instant forms could also easily be found in supermarkets. Dutchies are mostly familiar with sambal sate or pindasaus – as they named –, bumbu rudjak, nasi goreng, and bakmie goreng. Not only can you found them sold in supermarkets in ready-to-eat forms, aforementioned above are also being showcased in the supermarket, you can also find some kiosks in big train stations selling sate and nasi rames! 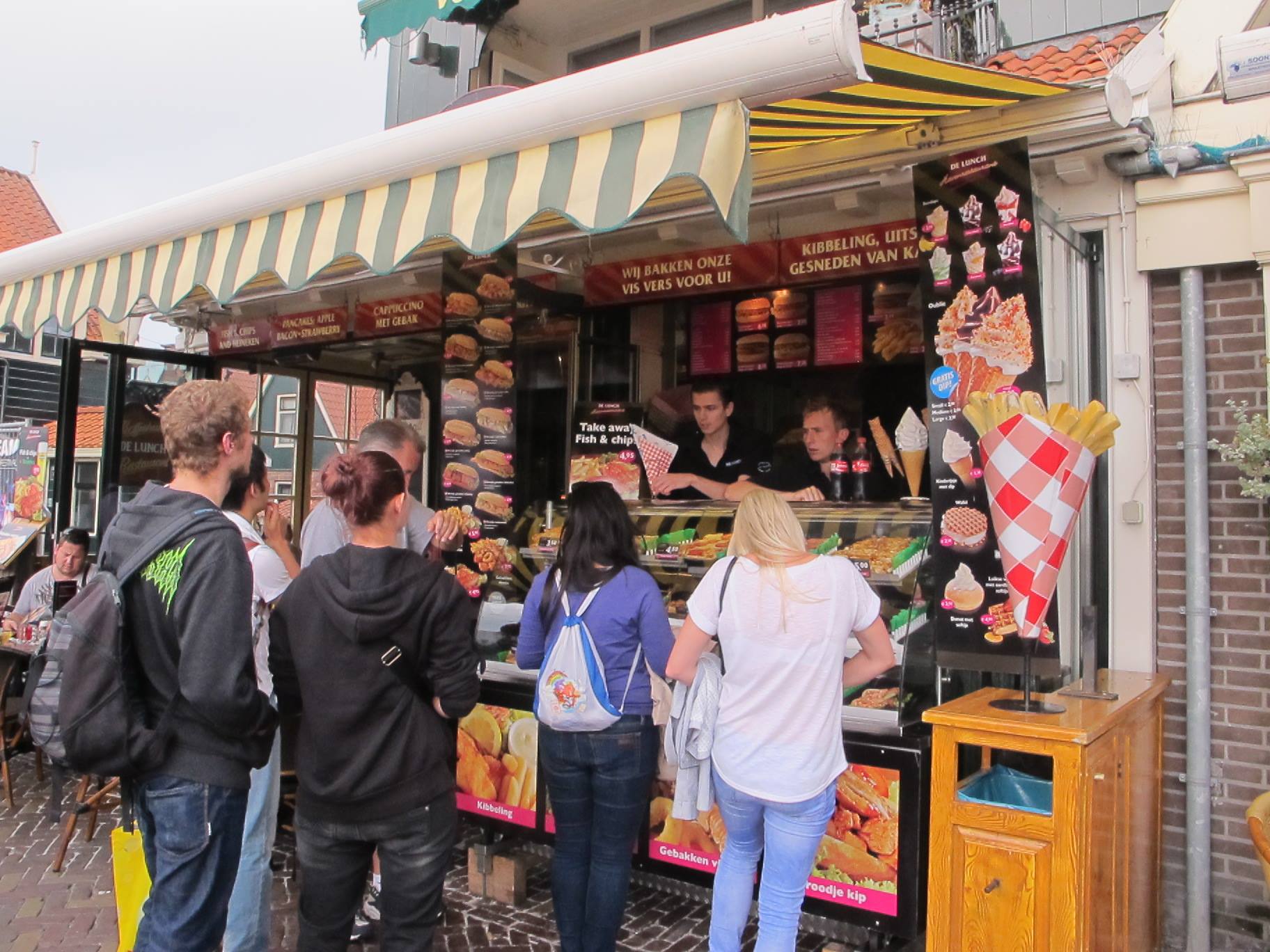 The reverse also applies. We also adopt at least four Dutch recipes for some of our famous foods. Firstly, Semur (Indonesia) and Smoor which recipes could be found in the oldest Hindia Belanda book entitled Groot Nieuw Oost-Indisch Volledig Kookboek. Secondly, the fried mashed potatoes we know as Perkedel in Indonesia are also consumed by the Dutch, yet under a different name – Frikadeller. Thirdly, Poffertjes sold in Dutch Christmas or Open Markets can be likened to Indonesia’s Kue Cubit. Lastly, Indonesian layer cake or Lapis Legit, has been recognized for hundreds of years in the Netherlands as Spekkoek. 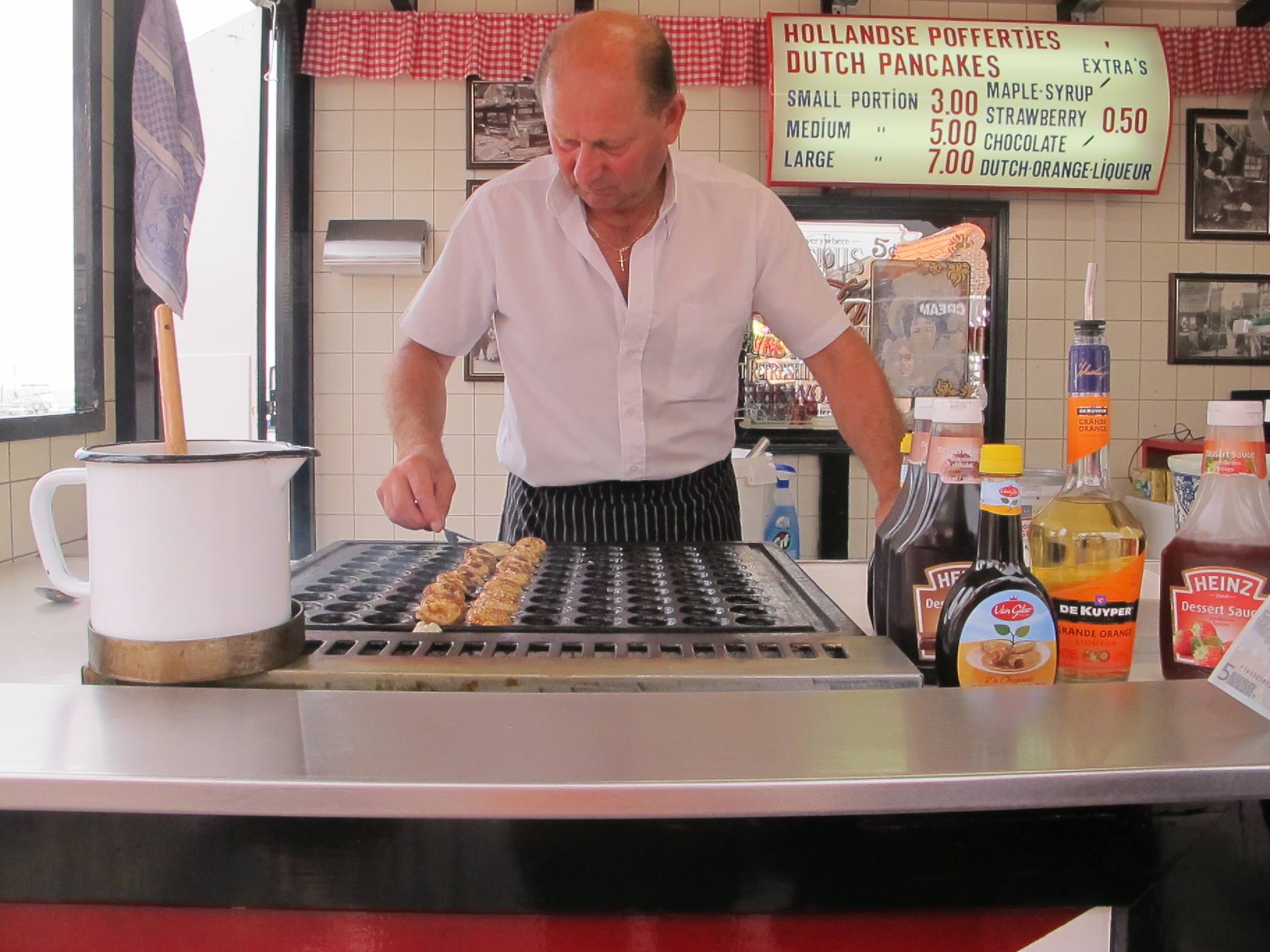 Tie 2: Indonesian Communities in the Netherlands

For the Ambonese, it has been scattered throughout the southern of Maastricht province to Northern of Groningen and Frisland. Ambonese group becomes the biggest group among four another group originated from Indonesia. In addition, Javanese Suriname community who firstly migrated from Java Island to Suriname in 1890, then continued to Netherlands are spreaded at almost every region. However, Javanese Suriname does not identify themselves as Indonesian, but as Javanese instead. These immigration from the ex-Dutch colonies flows from two areas. Firstly, from East Indies – the Eurasian “Indische Netherlands” and the Moluccans and secondly from West Indies – the Surinamese and the Antilleans which both of those labelled as the “post-colonial immigrants” [1]. This emerges cultural integration between Indonesia and Netherlands indirectly. Once, I have experienced to talk in Bahasa Indonesia or even Javanese in public area, some Dutch oftentimes were smile and started to build any conversation with me both in Javanese or Bahasa. So, for Indonesian travellers, kindly be aware of the way you talk while you are in the Netherlands! 😀 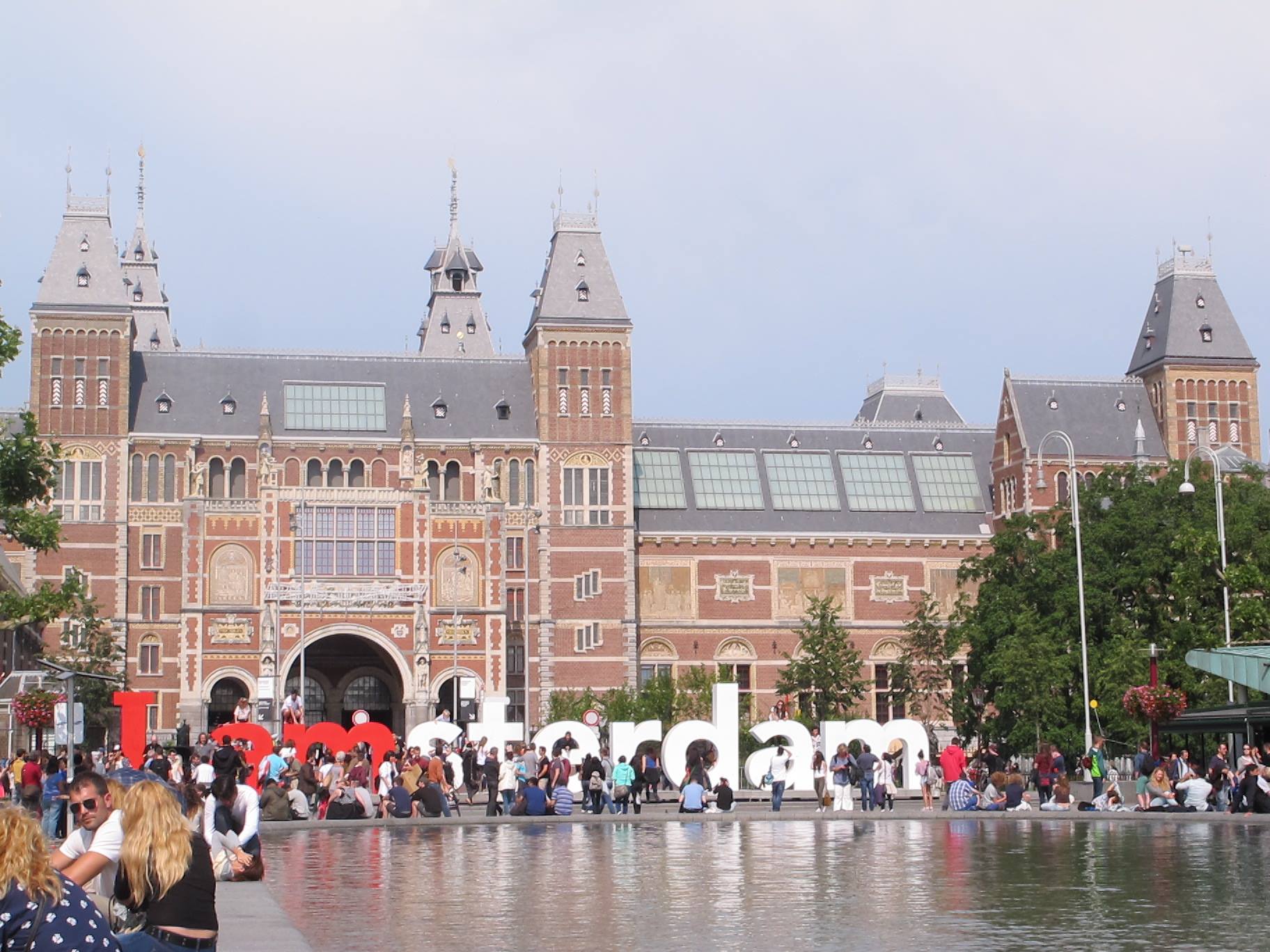 Tie 3: World’s Largest Collection on Indonesia Located in the Netherlands

The university of Leiden has finished their tremendous preparation for the world’s largest Asian library which includes a series of collection on Indonesia. The original copies of highly-treasured items contained in UNESCO’s Memories of the World Heritage List La Galigo and Babad Diponegoro are available in this library. Approximately 2,500 Indonesian students are currently studying in the Netherlands, and the establishment of this library could be argued as encouraging more collaboration between academics from both countries. Leiden University has indeed produced notable Indonesian figures, including those who were deeply implicated in the fight for Indonesia’s independence.

Talking about the language, are you aware that Indonesia and Netherlands have approximately 5000 similar words? One day, my Dutch friend came to my room and laughed because I asked him to put the groceries we bought in the Kulkas. The word kulkas slipped from my tongue accidentally, yet he laughed so hard because he knew what it meant as the Dutch also called it Koelkast!

Tie 4: Dutch NGO’s Work on Poverty and Education in Sumba

Last April, I was invited to take part in a social project for a Non-Governmental Organization focusing on Indonesia by presenting “Indonesia Nowadays” in front of 100 ex-Dutch soldiers and their respective families who were set to be charged during the period of Indonesian occupation. Sumba was made a special focus as most members are emotionally attached to this land. Some of their parents lived there for years, and some others were even born in Sumba. They aim to reduce poverty in Sumba by giving funds for of children and women in Sumba to attain education. Regularly, they open donation from donors by giving updates about their foster children.

Those are just four examples of how Indonesia and Netherlands are still close in proximity nowadays in terms of culture, people, and social work. Seventy-two years since our independence in this global era, we should learn the many developments of Indonesia – Dutch relations! Only then can we truly think of the best ways to shape our bilateral relations to strengthen both nations.

If you feel like connecting more with me especially to talk about Indonesia – Dutch proximity, kindly send me an email!

All photos are courtesy of the author. 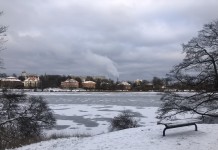