The words capitalism and capitalist somehow managed to have such a bad reputation among many people — like they’re a disease to the society, despite their many positive impacts. Our contributor, Kezia, shares her story from her grad school days in London School Economics’ “Accounting, Organisations, and Institutions” major, how she ends up as a capitalist, and despite all the bad rep, how she contributes to Indonesian society through startup financing.

As an investment analyst in a venture capital firm, my day-to-day job is to perform deep assessment of  start-up companies, which includes conducting due diligence, assessing historical and projection data, and performing market research. Basically, a typical analyst job. What might make it different is, the questions that I need to solve. “Can we make money? If yes, how much money can we make? And how can we make it?”. Money, money, and money every-single-day. I am not a hardcore socialist, but I sometimes wonder, am I just making the rich richer?

I first came to LSE in summer 2014 as a summer school student and did Game Theory and Competitive Strategy course. Despite the statistic-heavy course which was completely different than what I thought I signed up for at the first place, I fell hard for LSE. If you ask me why, I could not even tell why it is precisely. There was something about the course, the people, and just the school in general that really caught my heart.  It was most probably because LSE was so different compared to my undergrad school.

I did my undergrad study in Singapore Institute of Management, under the University of London (UOL), which is the same umbrella as LSE. My undergrad study was an external program made for students outside the UK to have a UK university degree, hence I had a chance to do a summer school program at LSE. So, I did it when I was in my second year. I thought that LSE was just going to be a one-off-thing. But little did I know that I fell hard for LSE and made a decision on that summer that I need to go back to LSE, no matter what and at that time I still did not know why LSE, but it just has to.

I somehow managed to go back to LSE to do my master in one of the most profit-oriented major in LSE called “Accounting, Organisations, and Institutions”. It was not a popular major there, compared to other economics, social, and political majors. The course has 2 terms and took 10 months to complete.

To give a little bit of background, LSE motto is “to understand the causes of things”. Hence, throughout my course, we tried to understand why accounting matters in organisations and institutions or why should accounting matters at the first place. Sounds niche? It was and again, I did not sign up for that, because I thought I signed up to learn some debit-credit stuff. However, I was wrong, and I ended up liking the program so much.

The program thought me that accounting is so much more than a counting system, it is a way to value something by understanding the value creation process, to translate qualitative matters to quantitative measures, which applies for any sector, be it governmental, healthcare, profit, and non-profit. We learned a lot of how accounting applies in different landscape, from applying valuation methods to value Walmart stock, to applying different costing system incentivize factory workers, until using audit system to assess the quality of the country’s prison and probation service. Basically, applying accounting principal on different areas of life. At the end of the program, we were asked to write a six thousands word of essay on which area of life that accounting can take place (that it has not right now) and how.

To be honest, for an average person like me, it was not easy and as straight forward as what I thought accounting should be. Nevertheless, I graduated from the program, got my master’s degree from LSE and moved on to the next chapter of my life, a venture capitalist.

As mentioned, working as an investment analyst, my main goal is to ensure that the firm’s investment can generate high return. In doing this, a lot of research are done, valuation methods are being applied, and of course, a lot of accounting stuff. However, the startup world is a little bit tricky. First, they are just starting something, hence most of the time they have very little data. I am often left with the founders’ “imagination and proximity” and have to work the magic by comparing the company with public companies. But that comes with another problem, startups are basically creating something different in a new market, which means comparing them with whatever available right now would not be a straight forward thing, a lot of data and imagination are being used.

This is where I am grateful for what I learned during my master study, which is to apply accounting principles in new areas of life.

So, I am a capitalist and yes, I make the rich richer. However, at the same time, I am building the country’s digital economy through start up companies. These companies have one goal to disrupt conventional process and make life easier by leveraging on the technology. The process is not easy at all and sometimes, sounds niche. But these startups need someone to trust them and empowered them through capital. My job is to find ways to value their ideas, give them enough capital to scale up, and eventually creates impact to the nation.

Indonesia used to have no Gojek nor Tokopedia. Some investors believed in the founders and invest in their ideas and capabilities. Today, both of them are what we called unicorns and are the most valued startup companies in Indonesia. They have helped to scale up the country’s economy and provide countless jobs opportunities.  My goal as a venture capitalist is to help this country to have more unicorns, that empower the nation’s digital economy. 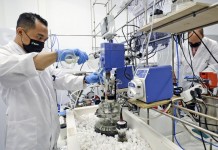