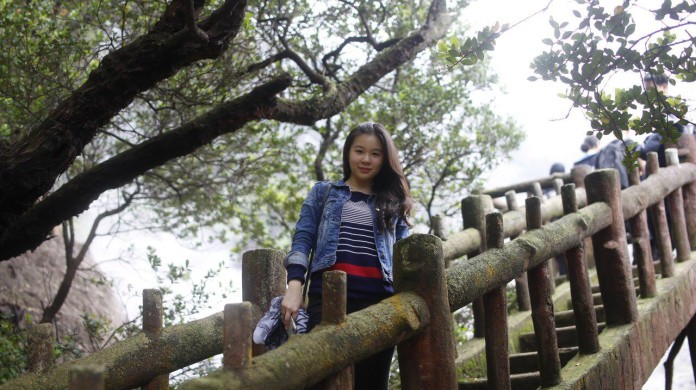 There’s an old saying of “men buy shares from Mars and women have a savings account on Venus”, which depicts how Wall Street and the finance industry as a whole used to be an all-boys club. I recently had the pleasure of talking to, Stephanie,  a young female finance student who received multiple sales & trading internship offers from major investment banks. In this piece, we’re going to explore Stephanie’s journey, as one of the aspiring women leaders in finance with an Indonesian background and her advice for women to navigate the world of finance.

So, Ms. Woman Financier, tell me more about yourself?

I was born in Sydney, Australia and raised in Singapore. My dad is Australian and mum’s Indonesian, our family of four came to Singapore when my dad’s job posting landed in Singapore. Although many would categorize me as a “third-culture child” by my international background, I was raised by my Indonesian mother who was a very strong influence on my personal development — more of which I will elaborate later. I am a proud alumnus of Temasek Polytechnic and I am currently a BBA student at SMU. I like to travel, or to be exact SMU forces you to travel (haha) — I went on short-term exchange at Sungkyunkwan University, South Korea and Universitas Gadjah Mada in my early university years (although I’m still early in my university journey myself). I also love to teach, I tutor privately for primary and international school students. 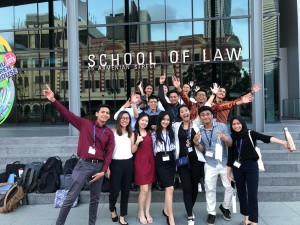 Stephanie and her UGM exchange classmates in SMU

Why Finance? Why Trading though specifically?

My mother was involved with the markets at the early stages of her career, but she eventually quit her job to raise my sister and I. She currently stays at home with my sister and I, and she does her investments for a living for several years. My mother’s career path and her astuteness in financial markets have inspired me to become a trader and to focus on global financial markets.

As my biggest role model and supporter, my mum encouraged me to pursue a career in banking and often brought me to all her banking events, seminars, and speaker series to listen to market talks.  I was very impressed by the way these professionals carry themselves and how they can make their interest in markets a successful career for themselves and others. I signed up for many free courses online to learn the basics of trading, candlestick patterns and joined several groups where people could discuss their own opinions of the market. Being the youngest member, I was fortunate to receive the guidance of many retired traders and learned from their lifelong richened experiences. Hence my polytechnic days were rather fulfilling, as I coped with my studies, I was able to use my time wisely to learn out of the textbook resources, get to meet new people and improve on my financial knowledge. I joined multiple investment clubs and participated in several trading competitions and that was when I was very certain and confident that this path was something I would like to achieve.

I would say that I am a little different than any of my other female friends back in school. Girls tend to shy away from areas they may not be strong at, and rather focus on the strengths that could be deemed as comfortable for them. However, that was not me, I enjoy challenges in life and I would like to prove to myself I was able to achieve the outstanding results with the continuous effort invested in. I took a different path — I wanted to be in the rigorous and competitive banking industry and have a taste of it. In 2019, I participated in both JPMorgan’s and Morgan Stanley’s trading competition, where I discovered that this was the dynamic environment I wanted to immerse myself in and take my career to the next level through unique experiences. I was offered internships this past fall with JPMorgan and another one this upcoming semester with Morgan Stanley.

But trading is a… male-dominated career, how did you manage to cope with the environment?

There is no doubt that there are elements in the Finance Industry that feels like a “boys club”. It can be very overwhelming, a highly-competitive, fast-paced industry where perhaps females aren’t made to feel welcome and at times, marginalized. Sometimes, another influencing factor that might affect women’s attitude towards finance is that they often feel that they do not meet all the job requirements stated in the job description. Finance and trading particularly involve in-depth analysis, which can make or break a deal, and as a minority, we as females may not feel confident enough to make these kinds of decisions. 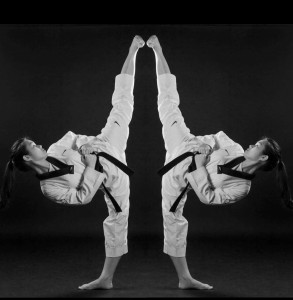 My background and interests have cultivated me as a young individual. I’m a Taekwondo Dan 2 black-belt holder and have represented my school and club in several Taekwondo Competitions. Taekwondo has taught me and helped me understand the meaning of perseverance, self-control and indomitable spirit. Similarly, if you want to “survive” in markets, I have to be sharp and be aware of what’s happening around the world. For me, there’s no better feeling in the world than putting my best efforts, and continuously improving myself to be better than the day before.

I have a senior female mentor in one of the major banks in Singapore who shared with me that, even in this age of improving gender equality, the gender disparity does not seem very different from her own when she first started trading more than a decade ago. She and I had a similar vision that we should encourage and motivate younger females to exceed in finance. I am an avid participant in several Women in Finance events held by multiple financial institutions in SMU. When I first started my internship, I felt that I had to work harder than the men around me to show my superiors that I was competent for the role. Just starting out, it is not surprising to feel intimidated in a male-dominated industry, hence I have been more than fortunate to take part and join many amazing initiatives that encourage and support women in finance.

I would say that even though the “male-culture” is evidently strong in finance, the success in this field nowadays is not determined by your gender and not tied to becoming part of the fraternity-like camaraderie. Instead, it relies on one’s consistency, ability to speak your mind with confidence, and one’s own discipline in honing your craft and identifying your edge.

So you’re an avid supporter for Women in Finance movement?

Yes, I definitely am! You’re working in finance too right and you might see the disparity at the top. What I observe in finance, or in business in general, women make up a tiny fraction of the population at the corporate top — I think the stats are around 5% of Fortune 500 CEOs and 10% of Fortune 500 boards if I’m not wrong.

There is an inherent bias that exists towards women, regardless of consciously or unconsciously. Truth be told, It is still rare to see in females in senior leadership positions in the finance industry. From what I have gathered, some of the barriers faced by these career-driven women might be time and inflexibility of the long hour shifts. Women who have children have to strike a balance between career and family, whereas men are much less limited with their time.

What are the challenges that you think that women, specifically, face in sales and trading?

The barriers for entry into trading are high — and even more so for women, who constantly have to deal with common perceptions of them working in this highly competitive industry. I would point out two key underlying issues: 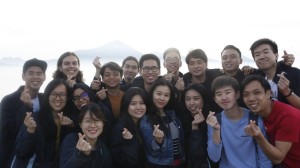 Firstly, I’ve seen that the selection process to determine the suitability of a candidate can be somewhat “arbitrary”. The senior traders are primarily men and they tend to look for similar traits as what they have, such as being an aggressive risk-taker, as well as being a logical and analytical “trade ideas” generator. I beg to differ, however, because the skills that separate good and bad traders cannot be pinpointed by simply one particular trait. I believe the key to being a good trader is the ability to stand up for yourself, having a strong justification of what you stand for and identifying your own particular strength, turn it into a trading edge, and employ that edge in a consistent manner.

Secondly, what matters in the global markets is measurable and immediate results — that could be both a good thing and a bad thing. The bad thing is that if certain characters can’t handle that level of stress, she might break down under pressure. I had a female colleague that cried during the course of the trading day because she could not handle the pressure from the harsh trading environment. On the flip side, though, women can rise quickly in trading firms because once you have proven that you can generate profits, your pay and capabilities will probably be equalized with that of your male colleagues from this internship experience, I realized that profit speaks volumes at the end of the day. In trading, contrary to different parts of the bank, as long as you generate enough profit to stay relevant in the business, it does not matter whether you speak up in meetings or if you are keeping yourself “visible” in the workplace or to your superiors.

The best piece of advice to women inspired to work in finance?

I believe that there are three key things that I want women to know before venturing into the finance world. 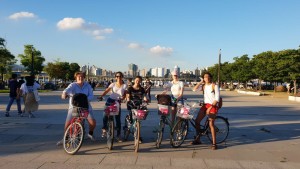 Firstly, you have to be brave enough to take the risk and stand by your opinions and voice out. Yes, it’s true that many will doubt you just because you’re a woman, but at the same time, many women are concerned about what others might perceive them. You must realize that if you have made it into the industry, you are intelligent for who you are, and a worthy asset to the firm and your thoughts carry value.

Secondly, I am a strong believer in mentorship as well as sponsorship, and I believe that if women were to dive into this profession, they should find themselves a figure that they can look up to and ideally share their ideas, thoughts, and challenges with. I consider myself lucky because I have mentors that gave me wonderful advice before starting out a career in this field. I truly believe that more could be done to promote this awareness to women who are interested to pursue this career. There need to be more mentor and sponsor relationships, both formally and informally between those who “made it” and those who are “still starting”. Of course, those mentors need to keep their minds open and realize mentorship is a two-way learning experience.

Lastly, you have to be really passionate about what’s driving markets in order to be working in this field. Falling behind others is not an excuse, especially in this fast-paced environment. You should always be kept aware and be updated on what’s happening in the world at your fingertips. Similar to taekwondo, working in this field is a craft that you continuously develop and you’ll learn something new every day. As women, we should be proud of our own capabilities and not be afraid to take up new challenges and fulfill our potential. 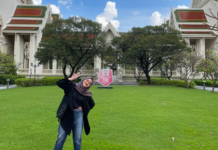