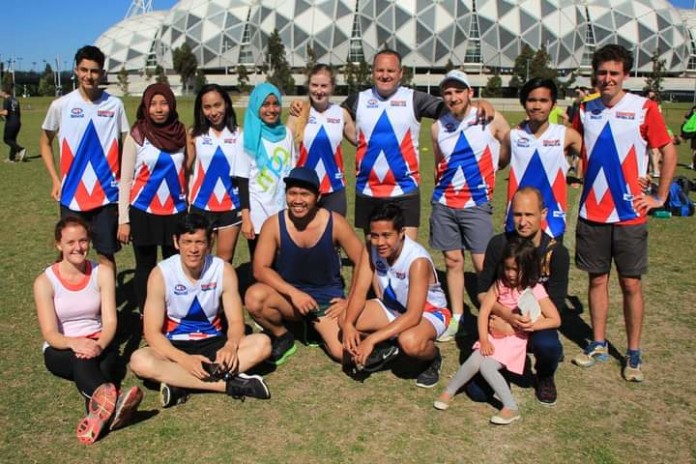 Studying overseas can be an excellent opportunity to expand our insights into the cultural aspects of others. In this article, Ana Nurhasanah Surjanto shared her story engaging with the Australian Football or Aussie Footy. Through her involvement with the sport, Ana also found the relationship between the sport and women empowerment. Furthermore, she also outlined her journey of becoming an Australian Alumni Grant recipient through her activity in the Australian Footy.

My name is Ana Surjanto. I am a Monash Education Ambassador from Indonesia. I completed my master’s degree at Monash University, majoring in TESOL in 2018 with an LPDP (Indonesia Endowment Fund) Scholarship. Since returning from Melbourne, I have been working as a lecturer at the University of IAIN Salatiga, Central Java. Besides teaching English, I am passionate about women’s empowerment and building a platform for female creativity called https://santrioz.id/.

Australian Footy: More than just a kind of sports

Australian rules football, officially known as Australian football and fondly called Aussie Rules or Footy by its enthusiasts, is a contact sport played between two teams on an oval-shaped field. The bi-weekly training at the Salatiga field isn’t just about fun and games. It is a platform for diversity and gender equality. My footy clinic aims to introduce female students at the Ma’had Al Jami’ah (boarding school) of the State Institute of Islamic Studies (IAIN) and women in Salatiga to an intercultural experience, allowing them to interact with people from different cultures and religions. Further, the footy clinic in Salatiga has enabled women to develop self-esteem, teamwork, leadership, and communication skills. I think sports have a universal value, and football is the best way to start a conversation and mingle with people.

When I was in Australia, I first heard about Footy from my friend Shofia, who was also studying at Monash. She shared a flyer, and once I saw the shape of the ball, it made me curious to learn Footy and join the Krakatoas club. This club was founded in 2015 as the first Indonesian-Australian Aussie Rules footy team in Melbourne. In the Krakatoas, I had found a footy family where I joined the training every week during the Footy 7s matches. Having regular training made me familiar with Footy. Also, I got involved in playing games with locals. It is interesting to know and play Footy because it requires you to use both your hands and feet.

Furthermore, Footy taught me new ways to collaborate and communicate as a team. It is character building to not focus on winning or losing, but on being appreciative and fair. There was an atmosphere of encouragement, support, with people motivating each other. It felt like being part of a family. See my story featured by Inside Indonesia here: Ana Surjanto’s Australian Football Family

In March 2018, I returned to Central Java after completing my study in Melbourne. Now, with the support of AFL Indonesia, I am helping to spread Aussie Rules to Indonesian girls and women. I have become Asia’s first female AFL accredited coach and taught over 200 women from my local university in Salatiga. Listen to the SBS podcast talking about my story of becoming the first female Footy coach in Asia here: SBS Podcast: Ana the Coach

My story of becoming an Australian Alumni Grant recipient

From the Monash alumni connection, I got information to apply for AGS that offers seed funding on a competitive basis for initiatives that create an impact in alumni’s professional field, organisation and community then I applied for it. I think education should be more concerned with empowering women due to the Indonesian demographic bonus that the number of women is larger than men. As an alumna of Islamic boarding school, I think Islamic education should educate the students with an intercultural experience to enable them to open to people from different cultures and religions.

Besides developing intercultural experience, I believe the footy coaching clinic has contributed as one of the significant factors for Islamic boarding school to successfully develop an inclusive society with an understanding of other cultures and empower the female students and women to take any role, including sport. I started having discussions with the principal, committees, and some students of IAIN Salatiga that nowadays there are gaps and have less socialization and togetherness with other friends, they prefer to spend their leisure time using gadgets that resulted in a lack of confidence and self-esteem in socializing with other friends. Thus, sporting activity through the footy coaching clinic can be the best way to solve the gap among those girls and also break the stereotype that women can be football.

I think now Indonesian women in many places should believe in the power of education and grab the opportunity to study abroad – see the world. I believe when a woman is given an opportunity to lead, she can achieve more and be successful. One woman’s success will lead to other women’s success. She demonstrates to others, with her power of love, empathy, sensitivity, and multi-tasking skill, that the women of today are the leaders of tomorrow. 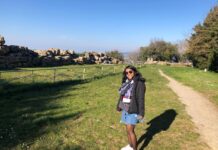 The Ups-and-Downs of Master’s Degree Journey: Failures Make Me Stronger