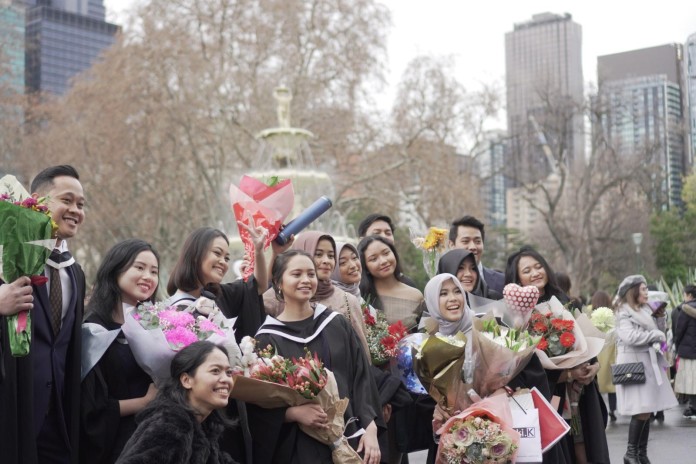 “It has been one year since Davira Chairunnisa completed her academic journey that has been providing her with valuable lessons and experiences. Through this article, Davira will share her experience in pursuing a double degree program at Universitas Indonesia (UI) and University of Melbourne.”

The Double Degree Program is actually part of the International Undergraduate Program which allows graduates to obtain two bachelor’s degrees from both UI and overseas partners in a four-year duration. You may have a look into the program admission here.

The Faculty of Economics and Business UI (FEB UI) itself has established a dual degree agreement with various universities in Australia, the Netherlands, and the UK. Each student may opt their transfer destination, subject to few requirements from the partner university (i.e. minimum GPA, particular subjects must have been completed). Based on several considerations, I decided to continue the program at the University of Melbourne.

As might be expected, I must say that the experience of studying in both universities is totally different. Due to word limitations, the discussion will only be focusing on a few aspects as explained below.

UI conducts lectures on a face-to-face basis within small classes of 20-30 students on average. That being said, there are a lot of contact hours and attendance is strictly monitored.

Most of the teaching is a-theory-based and conducted in a one-way method. Nevertheless, in a few subjects, students are required to do a presentation that is great in developing verbal communication skills. In terms of academic load, one could take up to eight subjects per semester.

On the contrary, UniMelb puts an emphasis on independent study. Most of the classes in UniMelb are auditoria lecture classrooms. There is no record of attendance, so the onus on coming to the lecture is on the students. Albeit, the university thoroughly supports their students in terms of learning.

I should admit the flexibility offered by the University of Melbourne has made my life much easier. For instance, there were times when I could not attend classes as scheduled, yet the recorded lecture allows me to catch up the lectures at my best convenience.

Conversely, UniMelb only allows four subjects taken per semester, which is half of the number of subjects allowed in UI. If one wants to take five or more subjects, an approval from the university is needed.

Another highlight of the university is definitely their curriculum called Melbourne Model. This curriculum allows us to have a deep understanding of a particular study area (a major) while also studying subjects from outside the core study area called breadth subjects. In my case, for example, I study Commerce but take breadths in Law – something I have always been curious to learn about.

Despite the differences as stated above, both universities offer tutorials after lectures which truly helped me to understand the materials.

Generally, both universities have the same type of exams per semester, such as Midterm and Final Exam. Whilst, the scoring proportion is quite different.

In UI, the midterm and finals account for an equal percentage. Each of the exams accounts for about 30% while the rest counts for quizzes, tutorials, and attendances. This kind of system allows us to focus more on each exam material as the final only covers material after the midterm.

On the other hand, in UniMelb, the final exam accounts for 70% of the total grades while the midterm only counts for a small number percentage. The final will cover all materials during the semester. Also, the final itself is a hurdle exam where one needs to pass the final otherwise failing the subject. Furthermore, the university also implements a normal distribution scoring which allows comparison of marks across different distributions of marks.

All things considered, there is no doubt that UniMelb’s environment is very competitive.

UI offers a lot of student organizations and committees both at the university and faculty levels that encourage students to be active outside the academic matters. On a personal level, the organisational experiences in UI have highly contributed to my technical and soft-skills development.

While UniMelb also has some student associations and clubs, I could say most of the students prioritise their study over anything else. Although, joining Indonesian Student Association or international clubs would be very beneficial since we could meet other Indonesian fellows and broaden our international networks, respectively.

In a nutshell, the double degree program is a great offer for those who want to obtain a bachelor’s degree overseas but would like to experience a local university as well. Both UI & University of Melbourne have their own strengths and shortcomings, so be prepared for the study transition as each university offers different learning methods.

The best of both worlds awaits!

PS: On top of the educational experiences, living overseas has increased my understanding about myself exponentially. See you in my next article! 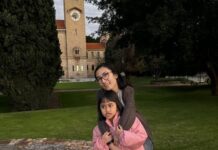