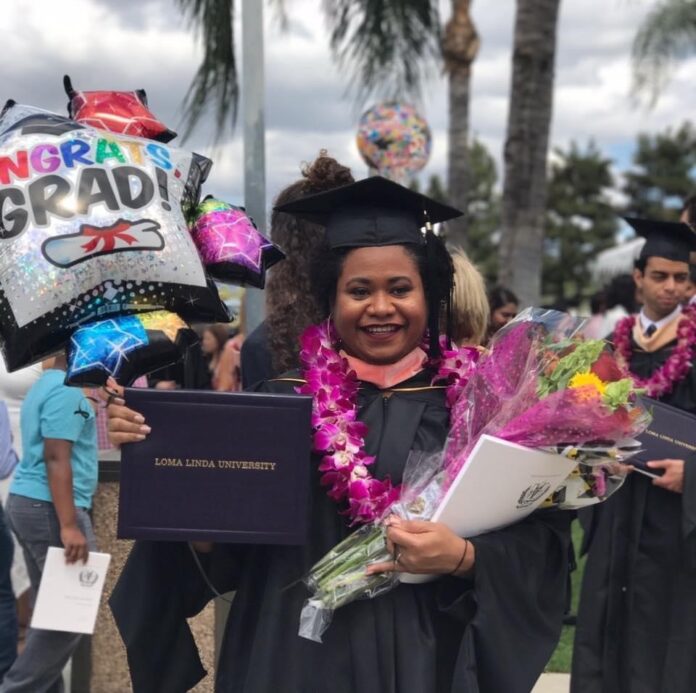 Silvera Erari, a public health scientist from Papua, has a strong ambition to study abroad and proves that everything is achievable as long as we are willing to work hard. Currently pursuing a Ph.D. in epidemiology at University of Hawaii at Manoa, she reminisces about the journey to her dream land as a master’s student in Southern California and shares what she learned from that pivotal experience.

Growing up in southern Papua (Merauke) as a little girl, it was only a dream to study in the United States of America (USA). During my childhood, one of my biggest inspirations, my dearly departed aunty (Santje Wanggai), sent me two separate postcards from Canada explaining the scenery that I could only imagine. Those postcards told a story about how beautiful the fall season and how charming the winter in Canada were. Little did she know that this brought so many motivations into my life. Nevertheless, my journey to study in the USA was not as stunning as the fall, nor as smooth as skiing during the winter.

After graduating from Cenderawasih University in 2011, with a degree in Public Health, I was determined to apply for a scholarship to study in the USA for my master’s degree. Despite my parent’s suggestion that asked me to directly look for a job, I took a one-year intensive English course in TITIP Sentani (Training Indonesian for Transformation to Institutional Program) to improve my English. I spent my time at the dorm every day learning English while most of my friends were celebrating their graduation. And, it was worth my time.

In 2013, while working for Clinton Health Access Initiative in Papua, I applied for PRESTASI USAID Scholarship and got accepted in 2014. For some people, this might look like a finish line. However, this was actually a starting line for most or even all scholarship awardees. Before my departure to the USA, I spent many more months perfecting my English and applying for a school.

I applied for four universities at the time, and unsurprisingly, I got rejected from every single one of them. Fortunately, my desire to continue my study in the USA was so strong that I refused to give up. I then applied to two more universities, and I can still vividly remember it. I was in Bintuni, and the only time when the internet connection worked well was from 3:00 to 4:00 in the morning. I had to wake up every night just to fill the application for those schools. Then, I had about one month to obtain a Letter of Acceptance (LoA) from either or both schools; otherwise, my scholarship will be revoked. Gratefully, it only took about three weeks for Loma Linda University to send me an LoA. This intense moment will never be forgotten.

In September 2015, my biggest dream to study in the USA was fulfilled. I flew from southern Papua (Merauke) to southern California (Loma Linda). It was a very long and tiring flight. I was very happy and pleased with my achievement. However, I realized that the first semester of my study could be more challenging. Since my English was not as perfect as I thought, I struggled to adjust to this new life. My brain was busy translating all of the materials and barely absorbed the essential information from them. Luckily, my school provides a mentorship program where I can have a circle of native speakers to have conversations with me to train my brain to get used to the English environment.

In addition, the difference in the education system between Indonesia and USA started to show during this time. Luckily, a really wonderful support system from my friends around the world encouraged me to keep moving forward. It was a very rewarding feeling to have friends from different races, ethnicities, nationalities, religions, and perspectives. I learned many things from them, and it taught me to respect the differences. Furthermore, I did not expect the huge population of Indonesian communities in the Loma Linda area. There were so many Indonesians in the area that somehow made the city felt like home. There were several Indonesian markets/stores that sold Indonesian foods and products, so I had full access to Indonesian goods close to me.

There was also a local community that worked together with several universities in the Inland Empire area to provide monthly activities for international students to learn more about American culture. I joined them and experienced many wonderful events and celebrations, starting from apple picking at the beginning of the fall season, Halloween, Thanksgiving, Christmas, Valentine’s Day, and even American Independence Day on the fourth of July.

Regardless of being a small and quiet town, Loma Linda was perfect for me because it was strategically placed close to the other big cities. Loma Linda was close to Los Angeles, San Diago, and Las Vegas. I did several road trips with my friends during the holidays. After fighting and surviving the quarters in the schools, several getaways with friends were energy-charging moments to prepare for the next quarters. Next to Loma Linda, there is another town called Riverside, and every Christmas, they hold a festival of light. One of the hotels in this city, Mission Inn, always decorated the whole hotel and the entire block around it with lights and Christmas ornaments. This celebration usually was held from the beginning of December to the beginning of January every year, so I went there very frequently. Additionally, even though Loma Linda was considered a high desert, I was one hour away from Big Bear City. During the winter, the city was one of the most visited ski resorts in California. I also regularly visit it to play with snow during the winter.

Studying and living in the USA were very sweet and sour, but I would not have it any other way. Surviving the education system in the USA may be scary for several people, but for me personally, it made me a strong, determined, diligent, and open-minded individual. And as a bonus point, I got to visit very interesting and breath-taking places around the USA. Eventually, I came to realize that what we do intentionally or unintentionally could inspire other people in a very unexpected way. 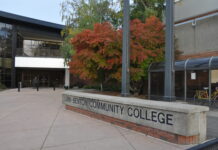