“Transitioning into postsecondary institutions might be challenging for some students since they will embark on a brand-new experience in their lives. In some way, however, this period can become great opportunities for the students to develop their academic, social, and professional skills under the guidance of an amazing advisor.”

“In this article, Nefertiti Karismaida Fenison, an incoming MA in English program student at East Carolina University, reminisced about her past involvement with inspiring advisors at her undergraduate degree who helped find her real passion in learning.”

Every student who pursues education at the college level or higher must be familiar with the person guiding them throughout their studies. This person, either chosen by the student themselves when they embark on their educational journey or assigned by the student’s departmental head depending on their major, is none other than the academic advisor.

Dispensing advice and entrusted by the school to be of assistance for matters ranging from administrative businesses to career counseling, academic advisors have duties vital to students’ success.

What will follow is my reflection on the academic advisors I have had the pleasure of working with and my thoughts on how everyone can improve their relationship with others. Of course, the role of an academic advisor in an undergraduate program could be slightly different from the role a holder of such a job title has in a graduate program.

Nonetheless, the expectation that students should make use of such service persists and for a good reason—we all need someone to support us from time to time, to show us the right path, and to discuss with us our plans and dreams.

Working with My First Advisor

In my first year of undergraduate studies at Hiram College in Ohio, I was taken under the wings of Professor Jugdep Chima, my Political Science mentor. Hiram College has a policy that, at least until first-year students declare their majors (American colleges allow admitted students to go into colleges with majors undecided yet), their academic advisor would be the same person who lectured their first-year seminar or colloquium.

I had taken Professor Chima’s workshop on International Terrorism on a whim—the promise of learning about the mind of terrorists captivated me. So, I registered without giving it a second thought. At that time, I already was hell-bent on majoring in Political Science but was not expecting it to be a bad decision given how little I actually knew about the subject.

So, when the major declaration day arrived, and I marched into Professor Chima’s office demanding that he continue to be my advisor for the next four years, he kindly stopped me in my tracks by asking what exactly I hoped to gain from studying it.

“I’m not certain, to be completely honest,” I fumbled while his gaze was fixed on the major declaration form I brought—the same form he hesitated to sign. “I suppose I was thinking of following your footsteps, becoming an academician and a researcher. Is that wrong?”

He smiled at me thoughtfully and revealed that the world of academia would be a very tough industry to enter if our hearts were not totally set on it. “You’re still so young and you still have a long path ahead of you. Getting there can be exhausting, so don’t make a decision in a rush. Again, I need to pose the question: are you sure you really want to be a political scientist?”

I nodded vehemently, and Professor Chima finally relented. Looking back, I should have known that he was waiting for me to reflect on his words. A couple of semesters after our meeting to discuss my choices, I began my grueling battle with challenging courses and frustrating syllabuses. Reality started catching up with me and finally I could no longer deny that Political Science was not the right program for me.

Halfway through my third semester of undergraduate studies, I had a massive mental breakdown that forced me to leave Hiram College. Professor Chima was, of course, disappointed—this could have been prevented if only I listened to him—but remained helpful. He stayed in touch with me as I explored my other options and was nice enough to write me a letter of recommendation so that I could transfer to a different institution.

Transitioning into University of North Carolina in Asheville

I continued my fourth semester of undergraduate studies at University of North Carolina in Asheville. Learning from my mistakes and keeping Professor Chima’s wisdom with me, I made it a point not to be in a hurry in choosing my next major.

UNC Asheville fortunately allowed me to sample a wide array of classes across departments before committing to a major, thus I took the opportunity to enroll in what caught my attention—environmental science and ecology, religions, creative writing, humanities, foreign languages, art history, and even geology.

All of my “experimentation” lead me to being introduced to Professor Agya Boakye-Boaten, then the faculty spearheading the African Studies program, which is a subset of Interdisciplinary program, a program specifically designed to prepare students for careers in an ever changing and globalized world—careers as varied as NGO representatives, public speakers, interpreters, translators, and humanitarian workers.

“Nefertiti, you are an Indonesian, right? Have you ever considered focusing on area studies or regional studies?” he asked me during a departmental open house event. “We also have faculty members from all over Asia, you know. We have professors from China and India. Oh, there’s someone I think you’d want to meet. He’s a professor from Singapore.”

Working with My Second Advisor

Based on a suggestion from Professor Boakye-Boaten, I contacted his colleague Professor Surain Subramaniam, a Singaporean scholar specializing in researching theories of democracy and meritocracy in Southeast Asian countries. Professor Subramaniam said he would be teaching a summer course about the growing dissent surrounding liberalism in his home country. I would be welcomed in his class because I already had a junior standing and met the prerequisites.

Throughout the summer of 2017, I found myself increasingly and genuinely interested in Professor Subramaniam’s research. When senior year rolled around, and it was time to undertake a capstone seminar (the equivalent of a thesis or a final project), I approached him again to mention the prospect of having him as my capstone instructor. He said yes!

Completing my capstone experience under Professor Subramaniam’s supervision was extremely challenging as the reading list he curated was dense, even denser than what I used to read for Professor Chima’s classes. The main difference, however, was that with this very humble and empathetic Singaporean scholar I already established a sustained passion for the field of study.

The old adage of “if you love what you do, then you’ll never work a day in your life” might be cliché, but it’s the undeniable truth. I was much happier after finding where I belonged.

Nearly four years after graduating from UNC Asheville, I had the urge to apply to a Master’s program. I was admittedly clueless about what I wanted to specialize in—all I was sure about was that I wanted my next endeavor to be closely related to my undergraduate concentration but is not completely the same subject.

Since I have always liked delving into different cultures and studying the diversity of human conditions, I looked into several graduate programs that are relevant to such topics. After contemplating for months, I settled into a Master’s of Arts in English program at East Carolina University (ECU), focusing on Multicultural and Transnational Literature.

Since my background is not in English, I am placed into the Graduate Certificate pathway first for the summer sessions and fall semester. If I pass all of my certificate classes with flying colors, I will then be allowed to be unconditionally accepted into the full master’s degree program at the graduate program director’s discretion.

I do not know yet what kind of advising ups and downs I will have at ECU, but I do know that I will need to be open-minded enough to build a connection with my new advisor, just like I gradually cemented lasting relationships with my two former advisors.

If there is a take-home lesson from my story, it is that we must be ready to have potentially uncomfortable and eye-opening conversations with our academic advisors. It will not be easy, but we must understand that our academic advisors only want the very best for us, their students, and have no ill intention. 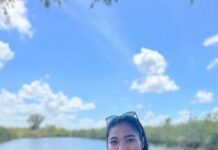 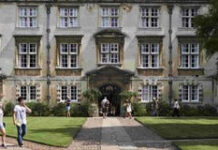 Making the Most of Cambridge’s Experience through GREAT Scholarship: Shawn Reo’s LLM Journey