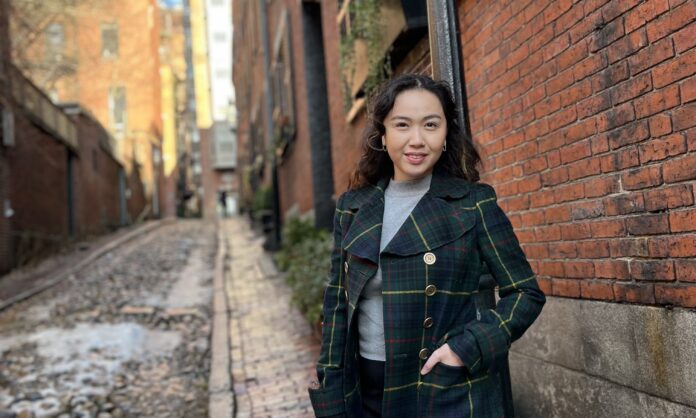 For Gabrielle Jessica Kembuan, affectionately known as Gaby, the opportunity to study medicine in Indonesia and the United States has provided her with a rich perspective on both countries’ medical research and educational systems. As a young Indonesian doctor and researcher, she has high aspirations and hopes for the advancement of the medical sector in her country.

Coming to the United States—and studying at Harvard Medical School—as a foreign medical doctor has opened my eyes to the many differences between medical education in Indonesia and the United States. In both the Indonesian and American systems, there are advantages and drawbacks. For my part, I don’t think Indonesian doctors are less competent or qualified than our American counterparts, but there are certainly many things we could learn and implement from their system. Therefore, in this article, I’ll try to summarize some of the biggest differences between both systems and possible changes we can learn and apply to medical education in Indonesia.

I remember applying to and entering medical school at about 17 years old, during my last year in high school. To be very honest, at that point I didn’t really have a strong reason to enter medical school- and I’m sure many others experienced the same thing. As I came to learn in the following years, medical school is much more than just about academic excellence; it requires a large amount of dedication, perseverance, empathy, and patience.

At only 17 years old, having spent virtually all my school years chasing grades and academic excellence, I hadn’t developed the maturity that is required; nor had I experienced many things that would cultivate a genuine empathy for patients or a passion for the craft of medicine. With all the prestige and mystique of medical school, many students come to covet an admission- and when you covet something enough, you may convince yourself that you are born for it, suited for it. Would the students be mature enough at that age to know the difference? Additionally, an undergraduate admission to medical school would also preclude those who may have discovered a passion for medicine later in life. The cutoff of deciding one’s entire life and career path at 17 or 18 years old seems arbitrary.

In the United States, medical school is a graduate degree- meaning that applicants are required to have already had a 4-year undergraduate degree before applying to medical school. There is no age cutoff, which means more flexibility for people to decide and choose what’s best for their lives and careers. Additionally, there is a liberality in the applicant’s prior choice of undergraduate degree or even career- admitted medical students range from biochemistry majors to former astrophysicists, to even former lawyers and bankers- as long as they complete the necessary course prerequisites, which can be pursued through post-baccalaureate programs. Indonesia’s educational paths often insist on the linearity of choices: do exact sciences in high school, do medical school, do further training, be a doctor for the rest of your life. However, life isn’t linear. Things happen, people change, and interests and passions shift and arise. Additionally, non-linear choices won’t make applicants less competent, inasmuch as they provide them with unique outlooks and experiences from their previous careers. In fact, the intersection of “discordant” fields, such as medicine with physics, or medicine with law, would provide unique opportunities for novel innovations.

There are drawbacks to the American system too, of course. Due to the graduate entry system, physicians would be older once they graduate (although this difference is often made up by their shorter residency system). Medical school admission in the US is also famously competitive, and applicants are often required to be unrealistically well-rounded in all aspects. On top of normal undergraduate courses, pre-medical students in the US would also take up multiple research internships (to demonstrate academic excellence), volunteer opportunities (to demonstrate empathy), and shadowing physicians (to demonstrate real passion in the field). In turn, it would predispose the students to burnout and shift them to focusing on resume-building instead of generating real impact. Indonesia is also not the only country to implement undergraduate admission for medical schools; most of the European and UK schools do, too. However, some countries, such as the UK, have implemented a compromise, with both undergraduate and graduate admission pathways for their medical schools. This might be something that could be implemented in Indonesia to enable competent students from various backgrounds and age groups to also enter the profession.

Coming from a research-heavy background, I may be biased towards the importance of research (especially biomedical research) in medical education. After all, medical practitioners may be focused on policy making, public health, or social impact- things that are as important as research. However, I still believe at least a basic understanding of good research and the cultivation of rigorous, scientific thinking would contribute positively to every single medical student.

In the United States, as all students have had a previous Bachelor’s degree- often in fields such as molecular biology or biochemistry- most have had plenty of research and lab experience. In addition, the premedical prerequisites themselves demand molecular biology, chemistry, and other basic science coursework, which form the foundation of the biomedical sciences. As Indonesian medical students enter medical school directly from high school, most will not have an understanding of biology or chemistry at the more advanced level required to be truly well-versed in molecular biology and biochemistry. In addition, the lack of resources and  training in scientific thinking and research makes most Indonesian medical students lack any tangible biomedical research experience. While some may argue that biomedical research won’t directly “help” patients, understanding research and scientific thinking would train doctors to think from the fundamentals to the clinic, instead of just dispensing pills according to guidelines or habits. In addition, research is the very force that advances medical science; without a formidable research workforce, Indonesia would forever be stuck applying other countries’ innovations, instead of being original innovators.

In terms of medical education itself, the curricula and the learning process in the US vary in every school. It needs not be said that the more advanced facilities and tools in US schools would provide advantages- in Harvard Medical School, students practice with incredibly lifelike dummies and utilize advanced clinical simulator labs. However, it can be argued that the lack of resources in Indonesia and the vast array of unique medical cases would actually train students to be more resourceful, resilient, and able to work under pressure.

One thing I did notice was the difference between medical training in HMS and all the training I’ve done in Indonesia was the emphasis on empathy and the humanity of patients. Multiple times in various Harvard courses, real patients were brought in as speakers to share their experiences living with their disease to students. Most of these patients’ diseases are familiar from the atlases and textbooks. Yet, hearing their unique experiences of struggling through their disease for years, with acutely tangible examples such as how the cystic fibrosis patient would sleep on her father’s lap outside in the cold winter air because it helped her breathe, truly put the patients’ condition into a human perspective. With the extreme workload and pressure, doctors often stop truly viewing the human experiences of their patients. Although this may be a coping mechanism, it is never ethical for doctors to be callous and unempathetic, and hearing patients’ experiences will serve to remind young doctors now and again about the true purpose and beneficiary of their craft.

After graduation as medical doctors, doctors would still need anywhere between 3-6 more years of further training (residency) if they want to specialize in one particular aspect of medicine (eg. Internal medicine, surgery) In Indonesia, pursuing a residency is the most popular choice upon medical school graduation. However, admission into a residency program in Indonesia is not guaranteed and highly competitive. Meanwhile, in the United States and most other countries, direct continuation into a residency program is guaranteed. Even though there is still fierce competition in the favorite specialties, even if a graduate fails to match with their chosen specialty, they would be able to match with a less competitive specialty and thus have an assured future career.

Matching into a residency in the United States is crucial as, in most cases, one would not be able to practice medicine without the completion of a residency. In Indonesia, one can practice medicine straight after medical school by being a general physician. Currently, all Indonesian medical graduates will have to do a compulsory 1-year work placement in remote areas to refine their clinical skills (a policy which I agree with, and which I believe is indeed beneficial to distributing the workforce to remote areas). The Indonesian pathway has an advantage, as it affords graduates freedom to pursue other aspects of a medical career, such as research, public health, or teaching. However, the highly competitive process of entering residency, and the small number of residency training hospitals compared to medical school graduates, makes the competition extremely fierce.

The final difference I feel must be noted is that residency positions in the United States, and virtually every other country, are paid work positions, although with low salaries. Indonesia is the only country I know that treats residency programs as education programs (and not work positions), where students most often receive no salary throughout their training. This is important as residency trainees are often in their late twenties to early thirties – at the exact age where they begin to have families or can no longer depend on parental support.

While there are advantages and disadvantages to each medical education system, I believe there are many things we can learn from the US system which we can implement in Indonesia. Implementing graduate-entry in medical schools, fixing salaries for resident physicians, and transforming medical curricula to involve more research training and more interactions with patients, may be useful beginnings to further improve the Indonesian medical education system. As long as Indonesian medical education policies continue to adapt with the times and look outwards for improvements, I am highly optimistic that it may turn into an exemplary system in the future.