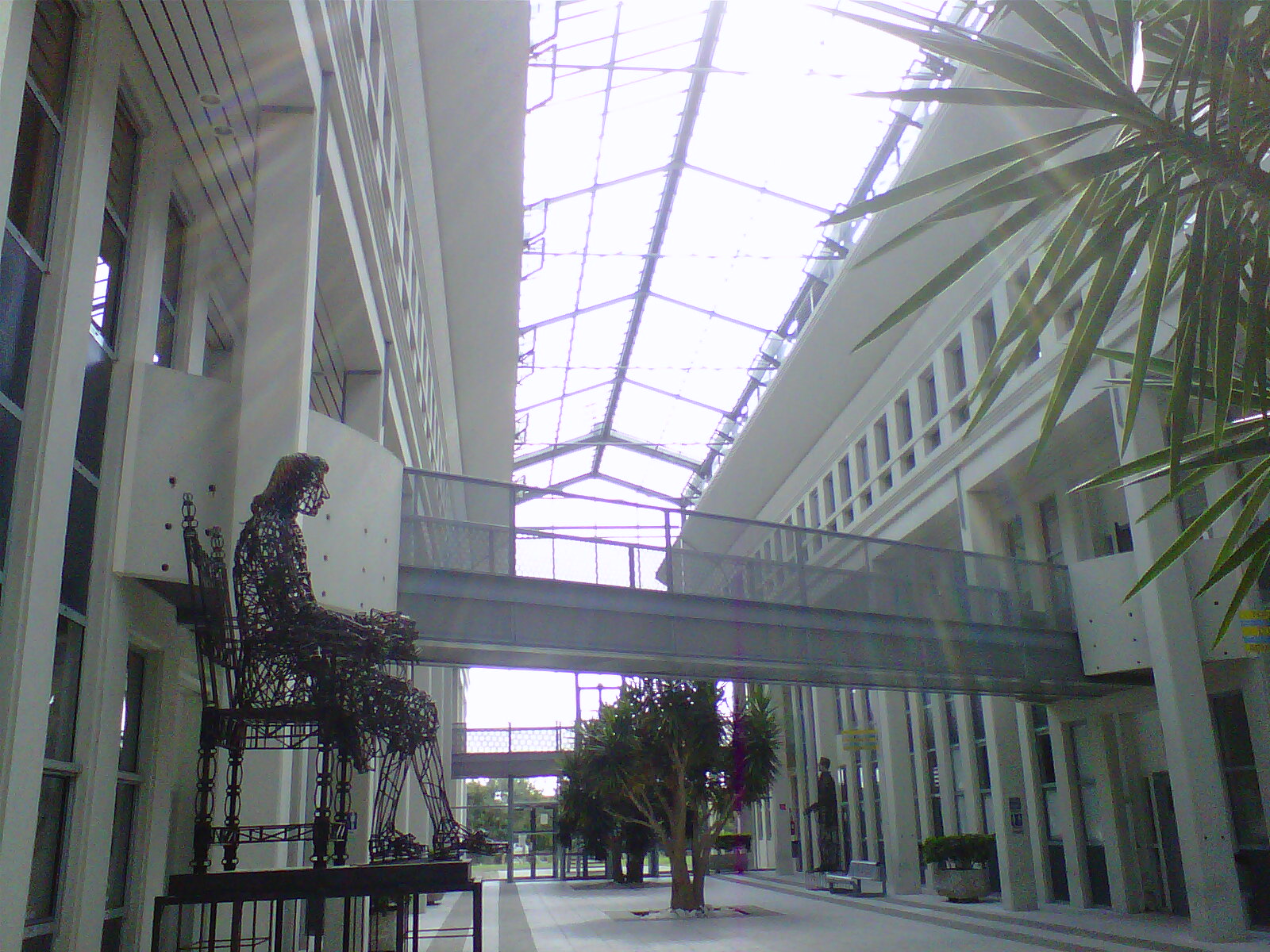 The moment you decide to study abroad means you’re one step closer towards being an open-minded person. Why? Because there is so much more than just to simply “study” when you “study abroad”. Studying abroad means you are going to take that chance to live in a foreign country where the language is most likely not of your own, in an unfamiliar culture, with great opportunities of meeting friends from places that you might have never been or even heard of. An “open-minded” attitude is prerequisite. Studying abroad can be fun the perfect way to describe the experience will actually be: challenging!

I was only ten years old when my dad took the whole family to Leeds, the United Kingdom, for his study. We lived there for several years then we returned back to Indonesia. Ever since, I had always wanted to be just like my dad, whom I perceived as someone who continuously adopted a sense of learning. I became addicted to the curiosity of “learning”, i.e. to find the solution for the unsolved algorithms and such things and it’s become my kind of “drug addiction”. I become someone who loves traveling.

On top of it all, I would very much like to have a chance to study abroad: I found that the thrill of being in a new country to be “addictive”. I remember my time in Leeds when I had to learn English with a Yorkshire accent (which shocked me at first as I was unfamiliar with such a particular accent) or when I made friends with people from various cultural background or the times when I just had to brave the unbearably cold weather. I said to myself, “this is what adventure is supposed to be like.”

Meanwhile, the Erasmus Mundus Programme is specific study-programme aimed to promote education systems of various universities all over Europe. Thus most, if not all, of its study-programms will take place at universities in various countries in Europe. Erasmus Mundus students are required to move to and study in a different European country at least once, depending on the programme. I thought this kind of programme would be perfect for me to satisfy my needs of “learning” and “traveling” — I saw this as a chance to study abroad in prestigious European universities and a rare opportunity to travel and learn from different cultures within the European Union.

I remember sending my application to Erasmus Mundus programme while I was still working at my corporate job back in 2011. Data Mining and Knowledge Management (DMKM) was one programme I decided to apply to. Data Mining itself has been and even no still is a growing field of study. Experts in the area of Data Mining are highly sought after, with subject matters related to recommendation system to weather prediction. I also found out that the programme had offered scholarships for both European and non-European students, which strengthen my decision to apply.

In my opinion, the application process was quite easy: I did all my applications online: submitted the requested documents and answered a few questions. Then I waited (applicants to any scholarships need to master “the art of waiting” quite well!). A few weeks later, I was scheduled for a Skype interview and it was quite similar to a job interview. The professor who interviewed me seemed to be quite relaxed, which helped me in answering his questions without being nervous. Some time after the interview, they told me that I was awarded a scholarship. I was excited to start my own study-abroad adventure.

Now, about the programme: DMKM consists of a consortium composed of six universities across Europe:

My option for the first year was to study at Polytech Nantes – Université de Nantes, Nantes, France (Knowledge and Decision), and at Universitatea Politehnica din Bucuresti, Bucharest, Romania (Web Semantic) for my third semester. I ended my study interning at Globethics.net in Zürich, Switzerland.

The obvious challenge was the moving around. Every time I moved to a new country, it was always difficult at first to settle in, make new friends (other than my DMKM friends) and to learn a small portion of the language. Also, trips to the immigration office, forms I had to fill out foreign languages with Google translate permanently opened on my browser, were some of the other challenges I had to face. It was not easy being a “student-nomad” but it had its perks. No matter how complicated it was, I always had my DMKM friends to share my sadness and laughter with. I was never alone.

The study was another challenge in itself. During the first semester, all students from Paris, Nantes and Lyon were being given the same courses. The DMKM provided a video-conference system in each classroom so that students from different locations can follow the lectures given by professors from the six universities. Communications with professors from other universities were conducted mostly through email.

This was all very interesting, although we often had to deal with technical issues related to the video-conference system, like muted microphones and disconnection problems. Luckily, we were equipped with our own technician and a podcast (when all else failed). The assignments were incredibly difficult. I remember the nights spent reading endless amount of papers, oftentimes with friends when we tried to finish our group assignments. It was like a never ending exercise, where we were always kept on our toes, learning new data mining software, understanding new ideas and preparing presentations for our professor and classmates. I’ve had my moments of ups and downs, but I thank the small community of DMKM students who were always there to back up each other’s backs.

For the second semester, most of the classes were done locally with only a few video conference classes. Now, out of the classroom, another challenge that I had to deal with mostly were the culture shock and the French language. Thankfully, the university provided free French language course and my dormitory was full of other Erasmus Mundus students, which helped me adapt to my surrounding easier. After some months, France didn’t seem that scary and all I had to worry about was passing the semester well.

The third semester in Bucharest was an interesting one. I met new friends from DMKM, as we were now split up to different locations. The classes were held locally with two classes blended in with Romanian students and one video-conference class. The professors in Bucharest were mostly young, helpful and open for discussion. Outside of the classroom, everything was so different from France while at first, I didn’t think there would be that much differences between France and Romania. Again, DMKM not only made me experience new things in my study, but I was also able to understand a piece of history and culture of Romania, a country I absolutely had never been before.

The final semester of DMKM was dedicated to an internship. I chose to do mine in Zürich, Switzerland, where I implemented a recommendation system in an e-library environment. Again, I was faced with a new country and a new working environment. Interesting would not do justice in describing my experience there: it was wonderful.

I finished my Master’s programme with a lot of new knowledge on data mining and this was of course not surprising, it was what I had expected from the beginning. I was happy that I could experience all these six universities, each one teaching me their own focus and specialty. However, the “study abroad” experience would be incomplete without the added “learning new culture” from the countries I lived in, the new friends from all over the world and the new languages I learned (even though in some countries I could only understand a few words).

Erasmus Mundus Programme is not a programme for the faint of heart, indeed. It’s for those who love being a nomad, those who yearn for adventure, and are excited by learning. If you asked me whether being in the programme was difficult or not, I would answer with all honesty that, “yes, it was extremely difficult”. As difficult as it was, I approached it with an open-mind and a commitment to give my best. It was certainly not a smooth ride, and I had my share of tears and frustration. I would, however, do it all over again after seeing the accomplishment I have gained and achieved: knowledge (both on data mining and European culture) and friends. I hope that I will never ever lose both.

Photo Credit: all pictures are taken by the writer, Agata Filiana.