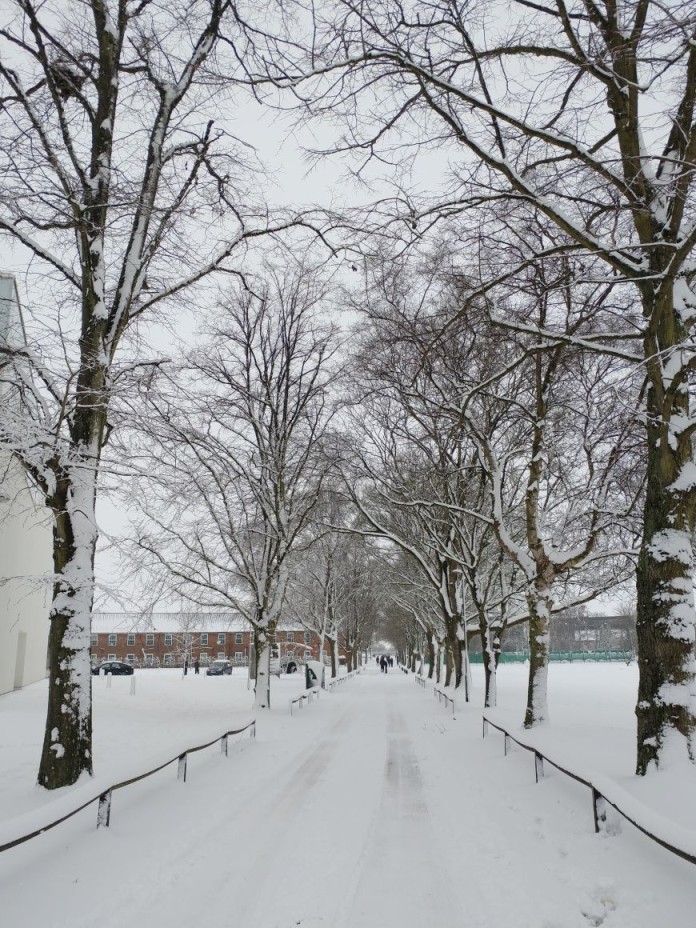 Christmas day is generally perceived as a religious celebration in commemoration of the birth of baby Jesus to the world.  Sarah Teja, too, shared the same understanding when she was growing up back in Jakarta, as she and her family would attend Christmas mass together. However, after spending some time in the UK, she realized that Christmas in the country isn’t treated as a mere celebration for Christians, but an annual festivity which is loved and anticipated by people from all ages and walks of life. Reflecting on her experiences, she is here to share the 4 quintessentially British things you need to be on the look out for during Christmas season if you happen to be around!

Christmas anticipation in the UK is somewhat comparable with Ramadhan frenzy in Indonesia, where everyone seems to be in a joyful mood, consumptive, and making plans to return home to their home villages or cities – more and more as it gets closer to the D-day.  All in all, Christmas time here feels so festive, and the decorations brighten up the mood under gloomy British skies.  If you happen to live in or just visiting the country, here are the 4 main things you might want to experience, observe, or partake in:

From a recent article on BBC (http://www.bbc.co.uk/news/uk-42356135), we know that the UK managed to defend its title as ‘the most Christmas obsessed country in the world’ – beating Ireland, Slovakia, and Italy, and the US.  This should come as no surprise, because Christmas hype starts as early as November time for the Britons and is omnipresent such as twinkling Christmas lights in the city centre, Christmas melodies blasted inside most stores, or (if you are a Starbucks, Costa, or Caffè Nero frequenter) Christmas-themed coffee cups! If neither is worthy for your carefully curated Instagram feed, you may want to pop in Carnaby Street, Piccadilly Circus, or Covent Garden in London to witness their grandiose Christmas decorations and lights.

If you are still unconvinced by the sheer hype of British Christmas, you may change your mind when you start seeing stalls popping up in Christmas markets.  Having lived in Bath, I would think this award-winning Christmas market is one of the better ones because there are plenty of stalls and chalets which sell a variety of things from the traditional mulled wine, delectable churros covered with chocolate sauce, to interesting Christmas knickknacks, all of which surround the picturesque Bath Abbey and Roman Baths.  However, wandering around the market could be difficult as it often gets too crowded, especially as it draws nearer to Christmas day.  If your city happens to host one, it doesn’t hurt to visit and enjoy the jolly Yuletide ambience.

When I first came across this British Christmas staple, I somewhat expected it to have a savoury taste like meat pie or Cornish pasty (a D-shaped pastry filled with beef chunks and vegetables that originates from Cornwall, South-West of England).  It is fair to say that the word ‘mince’ is rather deceiving, as there are no trails of minced meat whatsoever inside the pie.  If that is not perplexing enough, it tastes fruity and spicy at the same time and I don’t think I have come across anything like it before.

Akin to mince pies, the term ‘Christmas Dinner’ might mislead people into thinking that it is eaten every dinner time on Christmas day.  Apparently, this is not necessarily the case because Britons could enjoy their Christmas dinner in the evening of Christmas Eve or perhaps during mid-day on Christmas day for lunch instead.  Frankly, I think calling it ‘dinner’ is an understatement as it resembles a feast fit for a king.  As a heads up, it would be wise to resist the urge in wearing your beloved skinny jeans and opt for a pair of ‘loose-fitting’ bottoms instead.  Your belly will thank me later.

This traditional meal usually consists of turkey, a mixture of roasted vegetables (potatoes, carrots, parsnips, turnips, and so on), the notorious Brussel sprouts (either you love them or hate them), cranberry sauce (I tried it once and decided that it is not right up my alley), gravy, and ‘pigs-in-blankets’ (these tasty morsels are bitesize sausages that are wrapped with bacon).

Nibbling on sweet treats is probably a great way to end all that savory goodness.  In the UK, the classic Christmas Pudding is something not to be missed on the dining table.  This rich steamed pudding, which dates back to 14th Century, is traditionally made with suet (animal fats for cooking-purpose), spices (like ginger or nutmeg), dried fruits (raisins, sultanas, etc) and of course, alcohol like brandy or cognac.  Though, now suet has been omitted and substituted with a generous amount of butter.  To top it all off, custard sauce is usually poured over this calorific pudding.  Personally, I am not a huge fan of this dish, and much prefer eating other scrumptious desserts such as cakes or ice creams, but this is a Christmas staple you might want to try.

You’d know that Christmas is around the corner, when the big UK retailers release their Christmas television advertisements.  I do not even have TV in my student accommodation but still get a glimpse as they spread like wildfire on social media, being ‘liked’ by thousands amongst British internet users.  These ads are unlike your usual borderline TV ads which serve as your usual cue to take ‘toilet breaks’, as these Christmas special ads are far superior in quality (maybe ‘mini film’ is a more suitable term).  In 2017, it is expected that UK advertisers spend approximately 1 billion pounds on TV advertisements to encourage people to spend their money purchasing goods in the spirit of Christmas.

After digging a little deeper, I found that John Lewis, a well-known and established UK retailer, is the pioneer of extravagant Christmas ads back in 2007.  Seeing positive public response, other UK retailers, such as Marks and Spencer, Tesco, and Sainsbury’s, started following John Lewis’ footsteps in hoping to create same buzz during this festive season.  Nowadays, such ads are not restricted for retailers, as other firms or brands would produce their own too.

Whatever you decide to do during the Christmas season, I wish you all a merry Christmas and a happy new year! 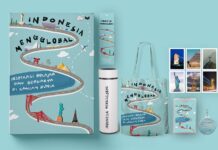 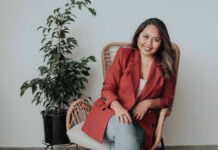 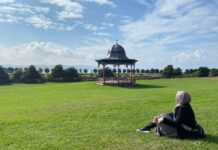