Indonesia has one of the most diverse microorganisms in the world. Some of them have plenty of benefits, from dietary supplements to cosmetics. While others are harmful to organisms and the environment. Sevy’s interest in microorganisms motivates her to finally set foot in one of the best microalgae laboratories in the world! Let’s read more about her journey in researching the application of algae for a better future.

I was born to a farmer family in a small village named Batubintang in Pamekasan Madura Island, East Java, Indonesia. I never knew about my future before. But I only have one dream, one day; I will compete with people who have a better educational background than me and better access to learn everything.

My mom once taught me that “the best inheritance is knowledge”. She never went to school, but she wanted me to grow into a knowledgeable child who impacted the environment. My existence and usefulness to my environment were so important that I needed science and skills to make it happen.

Beginning the Journey from Pamekasan Madura

I began my journey as a santri at Almujtamak Islamic Boarding School, which was located in Pegantenan Pamekasan Madura, for three years. Then I moved to Senior High School at Nurul Jadid Islamic Boarding School Paiton Probolinggo, East Java province, for three years. After that, I continued my study in the field of Biology, Faculty of Science at UIN Maliki Malang in 2007. Then, I graduated in 3.5 years. I did not want to waste my time, and I decided to move to Jakarta and took the opportunity to work in several companies in Jakarta. 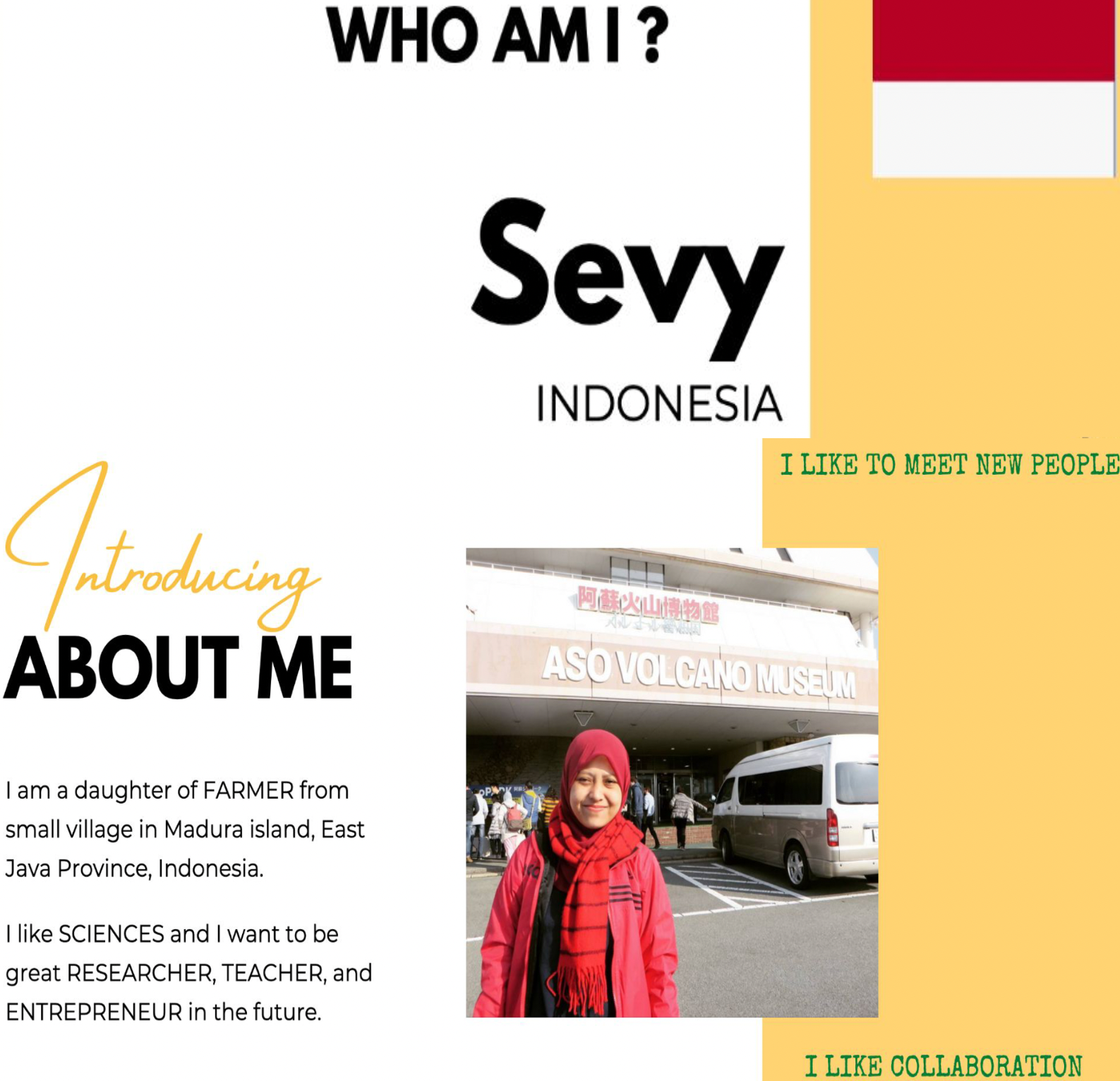 After two years of working, I took the challenge to apply to the medical faculty in the University of Indonesia (UI). God answered my prayer, effort and my dream. Yes!! I was accepted into Medical Biology at University of Indonesia. Before I graduated from University of Indonesia, I was delegated as one of the students who got the opportunity to join international spring school at the Graduate School of Global Environmental Studies in the first year of 2016.

I met 20 students from other countries with various background studies, and we collaborated during three weeks of laboratory and field activities. It was an incredible experience for me. I found several articles mentioning “exposome theory”, which was introduced by Christopher Paul Wild in 2005 and defined as the totality of environmental exposure from conception onward.

The exposome is originally defined as the “…totality of environmental exposures from conception onward…” Wild expanded his original definition to delineate the internal and external exposomes while continuing to emphasize the importance of the exposome for complementing our understanding of the human genome. I think what I have learned previously has a strong relationship with exposome research, and I was interested in exploring it in more detail.

After I read more articles, I found algae’s unique potential in many applications such as an indicator of air or environmental pollution, stabilizer of a greenhouse, production of nutraceutical development, and also serve as a renewable energy source, which is what I am researching at Kyoto University.

Working as a Researcher

Master’s degree graduation was my standard available to teach students, so I started my career as a lecturer in October 2016. I was very happy because I could show and share my bits of knowledge and experiences with my students. I got the information at the end of 2016 that I passed the LPDP scholarship for PhD  which I have applied through the LPDP regular scheme. I was pleased because it was one of my goals to learn about Environmental Studies.

I got the LPDP scholarship after applying twice. First, I applied in Jakarta, and one of the three examiners was the dean of the medical faculty where I studied. I tried to evaluate what caused my failure. Then I tried to apply again in the next batch. The examiner asked me why I was not accepted during the previous selection.

I think my readiness to prepare samples to be distributed to foreign countries is not easy because it concerns the protection of Indonesia’s mega-biodiversity, which I also have to protect. Luckily, I passed the second selection in Surabaya. At the same time, I have just started to teach as a lecturer in the Pharmaceutical Department at Madura Islamic University.

Begining the Quest in Kyoto

Some of my friends think that Biomedical Sciences only focus on one field, but the facts say otherwise. For example, cyanobacteria1 produce toxins and affect the human hormonal system. So, we need some insights from other science fields, such as Global Environmental Studies at Kyoto University. Although we are learning to focus on algae2 in the biotechnology laboratory, I can also collaborate my understanding of biomedical sciences with complex environmental indicators,  such as pollution, that regulate human health, stimulate physiological activities, and protect our environment. 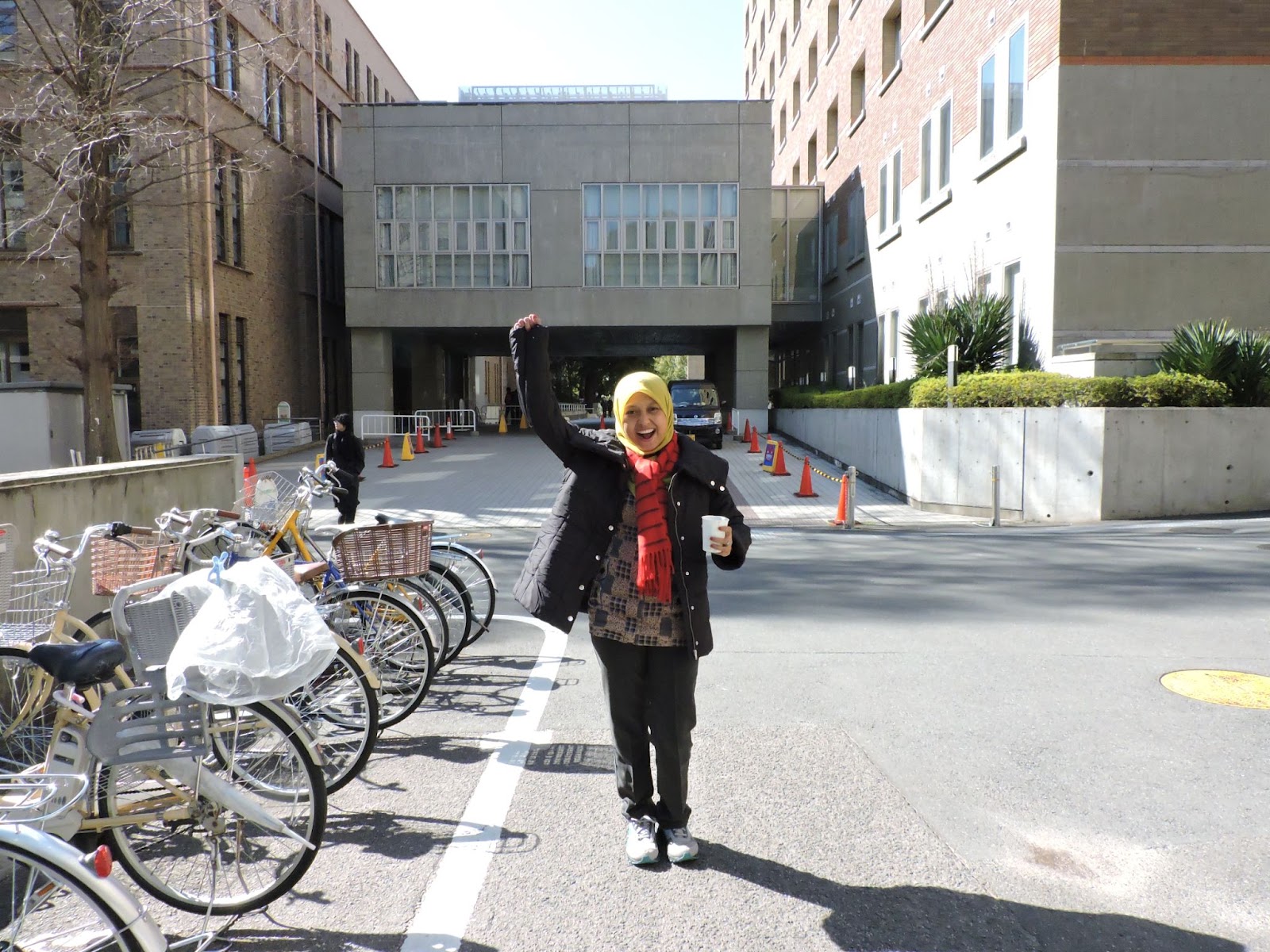 For example, if there is an emergence of a new infectious disease to humans, animals, and others,then either an endemic or pandemic will occur. Hence, we are curious about where, when and how it all happened. The complex processes also make me curious about how they are related and how the process works. The environment has many contributions in several unique cases in Indonesia, such as stunting (impaired growth due to malnutrition), reproductive health, and embryonic growth health. Nutritional aspects become one frontier problem that can affect someone’s growth.

Globally, algae are microorganisms that grow in the water, such as seawater, fresh water, ponds, etc. Those algae significantly reduce pollution–including CO2–stabilising the ecosystem, becoming an indicator of pollution, potential future food, supplement, health, energy and renewable energy, and cosmetics productions. On the other hand, several harmful algae and planktonic cyanobacteria exist. One example is microcystin-LR (type of toxin), which can produce cyanotoxin and affect the environment, including humans, animals, plants, microorganisms, etc.

Besides spending most of the time researching in the laboratory, I also actively involved in the Indonesian largest civil society organization in the world as head of the Education Division in the Structure of Special Branch of Muslimat Nahdlatul Ulama (PCIMNU) Japan for 2022-2023. I learned about five awareness: awareness in religion, awareness in knowledge, awareness in society, awareness in nation and state, and the last is awareness in the organization. Becoming active in Muslimat NU Japan is my application in the awareness organization, which is one of 5 students’ awareness to do in our daily life which I have learned during my previous study at Nurul Jadid Islamic Boarding School, Paiton Probolinggo. It means that I not only learned about how exposome theory works but also I have to combine it with my social daily life.

*cyanobacteria: an aquatic bacteria with blue-green colored (or best known as blue-green algae)