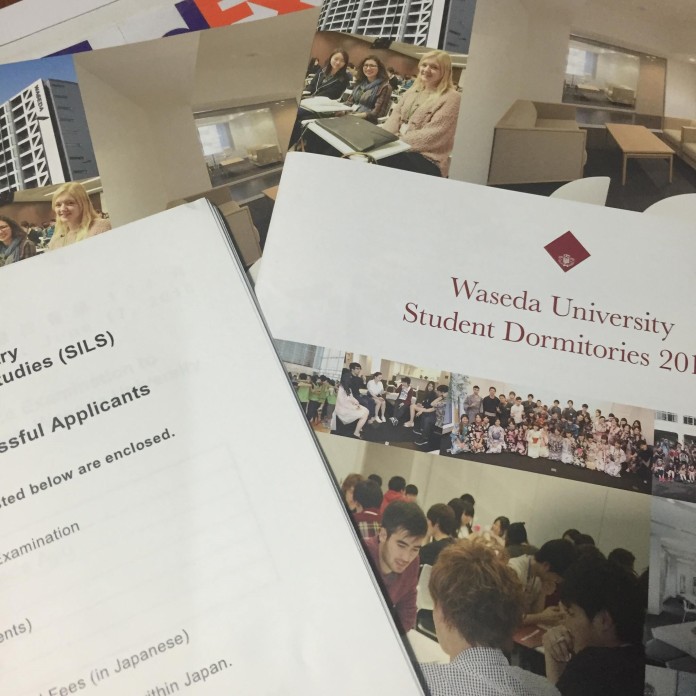 “I want to study abroad, but my English is still far from perfect!” is probably what most Indonesians have in mind. For some, mastering the English language can either be a piece of cake, or a tough obstacle. It takes a huge amount of dedication and willingness to be able to learn English from scratch, especially with very little exposure to the language. In this article, Made Ayu Sayaka tells her story of how she managed to learn English all by herself and enter a university with classes held in English; all without prior exposure to international education.

Born in Bali to an Indonesian father and a Japanese mother, the language I grew up with was not English, but Japanese and Indonesian. I also entered public schools throughout my life in Indonesia, so my exposure to the English language was very limited. I technically started learning English from grade one, with my once-a-week, one hour per class, English class. That didn’t help much. I did learn how to say basic greetings and basic grammar, but that was it. In my opinion, the English education in public schools is usually mediocre, to say, at best. I had to find alternative ways to learn it. Then it all started with my love for Harry Potter books.

I remember when I was 7 years old, the sixth Harry Potter book just came out and they had a huge section of Harry Potter in front of a bookstore. I bought the first book, Harry Potter and Philosopher’s stone, and fell in love with the series. Through Harry Potter, I found out about the world “out there”. I wanted to go to England and meet the cast. Though the Indonesian translation was great, I was dissatisfied and wanted to read the original, non-translated version. I wanted to read J.K.Rowling’s beautiful, original writing. So, I bought the English version of Philosopher Stone and forced myself to read it. But I was nine, and my English level was near zero at the time, so I could not understand the book and quickly gave up.

Fast forward to 13 years old, my parents bought me an iPod Touch. I discovered that I could download e-books onto the iBook app. The best thing was, there was an integrated dictionary, so if you tap any word, the definition of the said word comes up. I downloaded all the Harry Potter books and read them on my tiny iPod Touch screen. Whenever I stumbled upon a word I didn’t understand, I would just tap it and read the definition. It was a very convenient thing because I didn’t have to use a paper dictionary, fumbling the pages to find word definitions. I would then screenshot the dictionary so I could review the words on my phone later.

I recall vividly, during the summer of year 8 I would just spend the entire day reading English books. I would read around 100,000 words per day, from dusk to dawn. Needless to say, I was obsessed with it. I began to read other books too. At first, I had to stop every now and then to open the dictionary, but gradually it got less often. Because I started learning English through reading, my spelling was very good, and I learned a wide range of vocabularies. However, I didn’t know how to pronounce them. This is when YouTube comes in.

Just like any other teenagers, I watched YouTube during the last year of my middle school and the beginning of my high school years. I watched vlogs, music videos, make-up tutorials, random cat videos, random videos such as “Charlie bit my finger!”. Basically, I watched everything. Back then, there were no Indonesian YouTubers, so I only watched videos made by English Youtubers. Through watching YouTube, I managed to learn pronunciation and speaking skills.

Apart from reading books and watching YouTube, I also watched many TV series (House, CSI, etc) and movies. I joined an English Club in my school and participated in speech and debate competitions. I wrote English short stories and blogs. I did as many things I could to improve my English skills. Soon, I began to get fluent enough that I started thinking in English.

The point is, I loved Western pop culture and I made use of technology (iPod, the internet) to learn English. However, I did not have the chance to enter international schools, and I did not have a living abroad experience either. I just made a good use of what was available to me at that time.

In my last year of high school, I was already set on going abroad for my undergrad studies. I applied for several universities, but my main choice was Waseda University’s International Program. The program requires SAT or IB, and also TOEFL/IELTS scores to apply. Coming from a public school, I obviously only had my National Exam (UN) scores and no international exam ones. Most students who graduated from public schools usually take one year of foundation studies or language school to pursue those qualifications. I, however, partly maybe because I was dumb, a risk-taker, and partly because I disliked the idea of spending money on an extra year of studying, took the risk to just apply with my UN scores and IELTS score. Thankfully, I managed to pass.

I graduated from high school and enrolled in Waseda’s School of International Liberal Studies, where the classes are all held in English. Never having the experience of studying in English, I was terrified at first. Most of my friends are either native English speakers or come from international schools. I struggled with simple things like writing essays, speaking up and debating in class. Of course, gradually I got used to it–though I still dislike writing essays–and never once did I regret taking the risk. My English improved too. It became more natural and I learned many slangs from my native-speaking friends.

Looking back, the reason I am here today, studying at this awesome school was that I spent those countless hours reading since I was a child. I will be forever grateful to my 9-year-old self who had the courage to start teaching herself English.

I am just one of the many people who taught themselves English. Learning English through reading and watching is not a rare case at all. Especially with the technology available today and the internet, the traditional method of learning English is not the only way. I know that there are many parents today who are very committed to sending their kids to extra English lessons. Yes, I wholeheartedly agree that being able to speak English is a crucial skill to have–almost a necessity in today’s society–but you don’t have to shell out money to achieve that anymore. There are many alternatives available out there. Why not challenge yourself and learn it on your own?