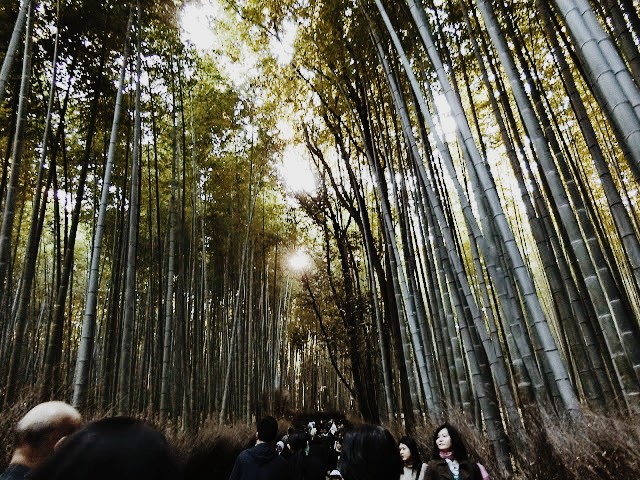 I am now a 21 years old female student, whose last 20 years of her life has been spent in the same neighbourhood, the same city, the same country, and almost the same surrounding and people.  For most of my life, I have always been thrown into the majority category. Knowing that from my physical appearance, my family background, race, to my religion, I seem to be unseen amongst the crowd. I guess I am good at blending in. It is interesting to see that everything can change after 7 hours long flight to a city 3.409 miles away. In just one red eye flight, I landed my feet on a much colder surface, colder than that tropical weather I am used to.

As far as I remember, I have always been living in a society where everything is divided into a much smaller boxes which makes it hard for you even just to take a peek from those small holes in the box. Back then, I did not have any idea how it feels like to live as a minority in such a big society. But, from pieces of my experience, on thing that I know now is how society can make you feel so small amidst that foreign atmosphere should not be a barrier for you to think bigger, to think in a much wider perspective, to think major. From what I have experienced so far, my life as a minority in one of the most developed countries in the world has given me so many lessons that I would never be able to mention and explain one by one. But to kindly sum it all up, I got three important notes that I would like to share with you about how living as a minority might be a chance for you to think major.

For most of my childhood and my early young adulthood era, I am grateful that I was lucky enough to be able to be surrounded by those who value, tolerate, and appreciate diversity. Coming from a really interesting and diverse country, I feel like I have been coming across so many problems that include a matter of tolerance and respect for difference. After six months being a foreigner, the way Japanese treats me have always got me surprised. How nice and kind they are quickly erases up my perception towards them prior to my arrival in Japan. I used to have this thought about how individual and serious Japanese are and that made me acting mindfully while trying to be as cautious as I could. This experience surely has been such a roller coaster. You will never know the taste of the thing you refuse to taste until you are being thrown out there and taste it on your own. Judging people based on what others tell you somehow loosen up your degree of tolerance. That does not give you the opportunity to look on yourself, to reflect on what you really think and what you really feel because we were made different surely for a reason which is to live together harmoniously and to value diversity highly.

On the first day of the orientation for international exchange student, I happened to meet a lot of interesting friends who seemed to be smarter and better than me, at least from my innocent point of view. That perspective ended right when I was lucky to be a part of this Intercultural Communication class where only 25 students were chosen out of more than 100 students who applied. I was surprised at how the professor really gave us the space to speak our thoughts and made a class more like a discussion panel rather than a lecture. From that moment on, I started giving myself some credit by trying to speak my opinion louder, not only when being asked but also whenever I have something to say. Born as an INFJ, I tend to have this slight problem with confidence and I thought being in a such new surrounding would make it harder on me, but it turns out right on the opposite. Living as a minority and being randomly placed in a class with other exchange students who also happened to live as a minority here in the beautiful country of Japan at that moment has given me more than a chance to share and gain so many interesting insights from them. It has also given me a chance to speak and voice my opinion on any matter that I think should be discussed.

There was this one coffee shop that I used to visit with my Taiwanese best friend where she had her part time job. The staff in that coffee shop once told a friend of mine that I happened to come alone to this coffee shop a few days ago and I had this weird aura which made them a little bit uncomfortable talking to me. Hearing that, I was thinking how come I have that weird aura, I didn’t do anything. Was it my facial expression, was it the clothes I wear, or was it the way I walk? I had no idea at that time. Coming to Japan, I used to think that people will not pay much attention to what I do, to how I look, or to what I wear. You could say that I was totally ill-prepared for judgement from strangers. Not only that, there was also this moment when a storekeeper refused to talk to me even before I got a chance to say something. All these experiences actually do not even hold me back from coming back again to the country that I’d love to spend the rest of my day in. These experiences teach me to be prepared to receive any weird or ill treatment from strangers. It should be the kind of experience that allows us to understand our surrounding better and to not be over sensitive towards anything that we have never experienced.

Living as a minority in a new foreign country which might feel cold and unfriendly at the first glance has given me an opportunity to explore something major in myself. Being fallen into a smaller part of the society might give you a fresh new point of view, how will you view your surrounding when you are just different? I personally perceive that as a chance to see more, to think more, to receive more, than I usually do. It should not be a barrier for you to grow major, to grow even more as an individual because that kind of environment will always challenge you with some questions like how good and how strong you are and that is your chance to prove it all wrong, to prove that you are much stronger than you might think you are.